Apple has released the WWDC 2020 holding guidelines, what is the contents of the first complete online WWDC in 31 years history? 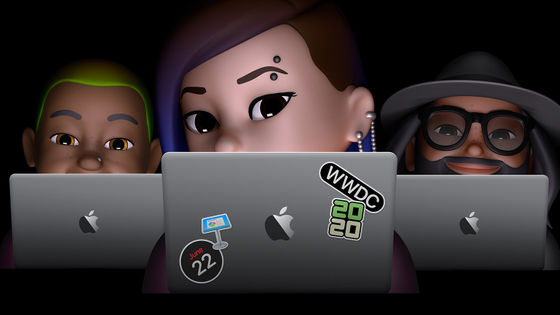 Apple has announced the requirements for the ' WWDC 2020 ' conference for developers, which announces new products and the latest software every year. The WWDC 2020 will start from 10:00 local time on June 22, 2020 (2:00 pm Japan time), and more than 100 sessions will be planned focusing on design and technology.

On June 11, Apple announced its 31st WWDC 2020 schedule this year. Here's the WWDC 2020 event that Apple says 'more than 23 million Apple developer communities come together in a virtual way like never before '.

◆: Over 100 engineering sessions (23-26 June/ 24-27 June Japan time)
From the second day, more than 100 sessions will be held by Apple engineers to learn about next-generation application development centered on design and technology. Sessions are uploaded every day at 10 o'clock local time (2 o'clock Japan time) and can be viewed on the Apple Developer site and apps from iPhone, iPad, Apple TV, etc.

◆: Meeting with developers at Developer Labs (June 23-26/June 24-27)
During the WWDC period, ``Developer Labs'' that allows you to meet one-on-one with Apple engineers, receive technical guidance one-on-one and listen to detailed information on how to implement new features is opened Will be Visits are by appointment only, but members of the Apple Developer Program can also participate if there is space available.

In addition to these events, on June 16th, the finalists of the programming contest ' Swift Student Challenge ' that student developers can participate in will be announced, and an event will be held to show enthusiasm for coding.

Although not mentioned in this announcement, there is also information that WWDC 2020 will announce a project ' Kalamata ' to change the main processor of Mac from Intel to in-house.

The latest information for WWDC on June 22 will be announced sequentially on Apple Developer's apps and sites.