It is pointed out that Amazon is gaining market power in the pandemic of a new coronavirus infection, and it is possible that it may conflict with the antitrust law 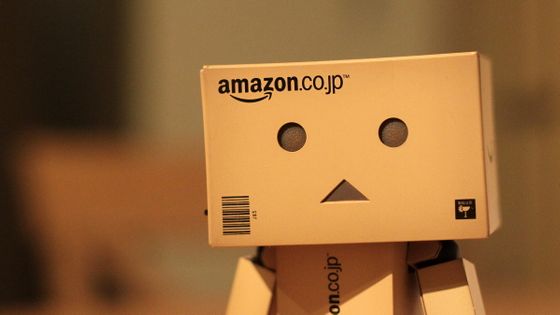 While the new coronavirus infectious disease (COVID-19) is rampant all over the world, each country is taking measures to restrict going out, and more and more people are shopping online instead of at physical stores. Under this circumstance, the major e-commerce site Amazon is gaining market power, but ' Amazon's method may conflict with antitrust law, ' a nonprofit news agency / publica for public interest Points out.

The Amazon Lockdown: How an Unforgiving Algorithm Drives… — ProPublica
https://www.propublica.org/article/the-amazon-lockdown-how-an-unforgiving-algorithm-drives-suppliers-to-favor-the-e-commerce-giant-over-other-retailers

In mid-March 2020, when many companies were adversely affected by the COVID-19 pandemic, a protein bar company, Rise Bar , experienced an unexpected increase in demand. Rise Bar usually maintained Amazon's inventory for about 4000 packages, but Amazon said that there was a proposal to 'increase the inventory of packages stored in the warehouse to 18,000'. However, because of fears of running out of stock in physical stores other than Amazon, Rise Bar's president Peter Spenuzza was reluctant to suddenly increase Amazon's inventory.

Meanwhile, Amazon's Rise Bar product finally became out of stock. Along with this, Amazon's algorithm demotes the priority of Rise Bar displayed by search, Amazon's Rise Bar sponsor advertisement is also not displayed, and the 'best selling' ranking of the food category is about 2000 to about 8000 It is said that it has plummeted to the rank. Rise Bar's sales on Amazon seemed to have dropped by 25% at once, and Spenuzza, who saw this effect seriously, decided to send much of the inventory to Amazon. 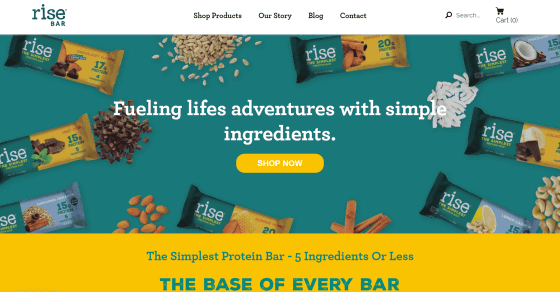 Rise Bar isn't the only company receiving similar pressure from Amazon, said Propublica: `` Amazon is prolonging its pandemic and strengthening its competitiveness in ways that could raise antitrust concerns. Pointed out. ' 'Amazon has the power to bury sellers and suppliers if they don't meet their demands,' said Sally Hubbard, director of executive strategy at the think market 's Open Markets Institute . Actually, although Amazon's algorithm does a lot of work, it is possible to give priority to sellers to satisfy Amazon's inventory and eliminate inventory at other retail stores.

Due to the epidemic of the new coronavirus infection, many household items are out of stock on Amazon, and the amount of inventory is doubled or tripled before the pandemic to manufacturers who sell many daily necessities and household items To request. Of course, the manufacturer side must also consider the inventory of wholesale to other retail stores as well as Amazon, but many fear that the product display algorithm on Amazon will change depending on the inventory situation and sales will decrease. It seems that the manufacturers and suppliers of the company give priority to Amazon.

As a result, physical stores that compete with Amazon and other online shopping sites are struggling to secure products. An Amazon spokesman said, 'Amazon is a relatively small force that competes with all other physical stores and online shopping sites.' 'Retail is a highly competitive industry, with many choices for both customers and suppliers. 'He claims that Amazon's influence is by no means huge.' On the other hand, Amazon's algorithm is 'designed to feature products that customers want to buy and products that are in stock,' admitting that priority changes depending on whether inventory is in stock . 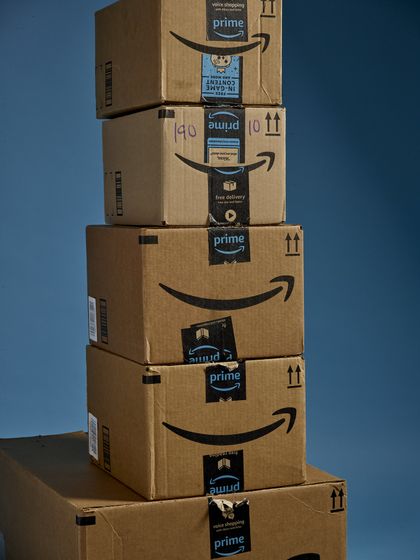 Former Amazon category manager Fahim Naim, who manages a consulting company for manufacturers at the time of article creation, is the result of some clients being forced to choose `` Amazon or other retail store '' , Said he chose Amazon. When Amazon runs out of stock, the 'best seller' ranking will drop and the sales will be adversely affected by 'difficult to recover', so Naim recommends that manufacturers give priority to Amazon's inventory. That. 'Amazon is very strong and has a lot of customers. The impact of out-of-stock on Amazon is probably more than out-of-stock at some physical stores,' Naim said.

One of Naim's clients, Las Vegas-based pet supplies company Alpha Paw , has made it hard to obtain pet supplies raw materials from China due to the epidemic of the new coronavirus infection. Therefore, Alpha Paw decided to suspend the policy of expanding the supply of its own products to physical stores and to send the inventory for selling on its site to Amazon's warehouse. In addition, in order to suppress the surge in demand, it seems that advertising on Instagram and Facebook was stopped. 'The worst thing that Amazon sellers can do is run out of stock,' said Ramon van Meer, CEO of Alpha Paw. 'It's better off out of Amazon than out of Amazon.' He says.

It has been pointed out that Amazon may have violated antitrust law (antitrust law) for a long time, facing at least one lawsuit in Europe and monopolizing in the United States Investigations into ban laws are under way. An Amazon spokeswoman declined to comment specifically on the antitrust investigation in response to the Publica interview.

Expert commentary 'What is the problem with Amazon's market monopoly & how is it done?'-GIGAZINE 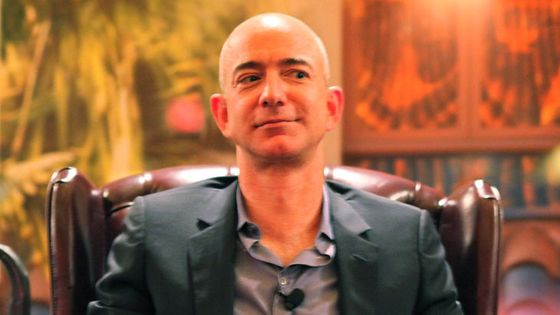 William Kovacic , a professor at the George Washington University and a former chairman of the US Federal Trade Commission (FTC) , said that the market that the company acquired and maintained through improper conduct in order to bring antitrust lawsuits against Amazon. He pointed out that it is necessary to prove that he has control. Kovacic believes that sellers and suppliers' preference for Amazon over other retailers may be a sign of Amazon's enormous market power.

In addition, Mr. Hubbard cites that as a merit that other competitors Amazon does not have is that 'in the short term, if you can not make a profit from the retail business, there is no problem'. Amazon is also making profits in fields such as cloud computing, so it is possible to temporarily lower the price of products to a level that does not match the cost and take away market share.

According to an Amazon spokesman, Amazon's share of the US retail market was less than 4%, and retail sales were less than a third of Walmart in 2018, but Amazon is in the United States It accounts for about 40% of the domestic online shopping market. Amazon's share of total retail is expected to increase during the COVID-19 pandemic. Amazon has already experienced the 'new coronavirus special demand' and has announced that it will hire many employees.

Amazon announces new employment of 100,000 people at `` special demand for new coronavirus '', voice of dissatisfaction from the field-GIGAZINE 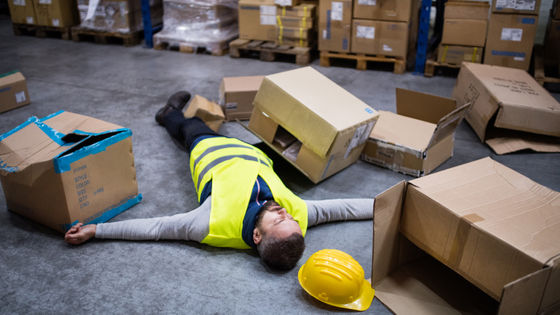 In addition, Amazon delayed the shipment of 'non-critical products' that some third parties were selling due to the epidemic of the new coronavirus, while delivering similar products of its own brand within a few days. Some point out that it was. According to a survey in late March 2020, Propublica showed a three-week delay in shipping third-party backpacks, wireless mice, alarm clocks, wine glasses, etc. It was revealed that it was available by day. In a re-survey conducted in mid-April 2020, this gap seems to have been closed.

An Amazon spokeswoman asked when asked about the shipping gap: 'The changes we made to our logistics network to accommodate the increased demand from COVID-19 are affecting Amazon branded products, retailers and sellers. It was not designed to work in a favorable way.Changes in logistics network changes are based on how we best serve our customers during a pandemic, while helping to ensure the health and safety of our employees. '

Hubbard acknowledges the value of an online shopping site that allows you to make purchases without going out in a pandemic situation. On the other hand, 'the online shopping site doesn't have to be bad because it's anti-competitive.' 'Amazon can create something of value, but it's still engaged in distorting the competitive market.' , Blamed Amazon's attitude. 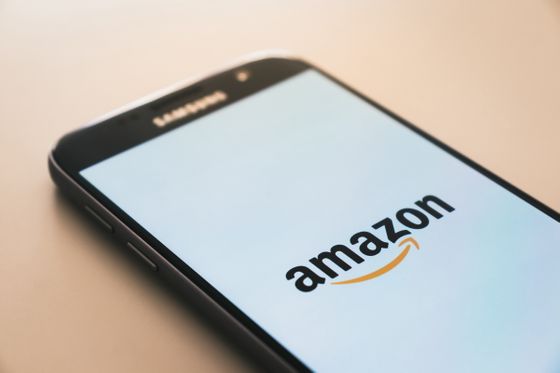