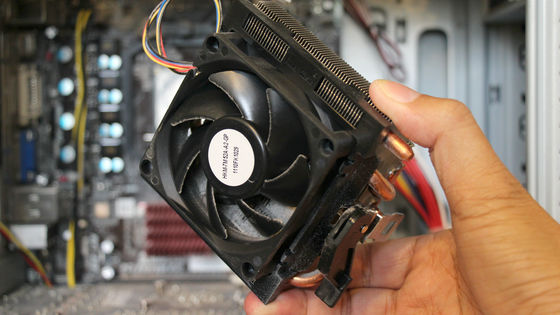 Even a computer that has never been connected to the Internet and is in an ' air gap ' completely isolated from the network ' may have data stolen through the vibration of the cooling fan. ' Research results are reported by security researchers in Israel.

Research on how to connect a computer in the state of an air gap from the outside has been done so far, and there is a method of enabling communication and stealing data from the heat of the computer, ultrasonic waves , electric current amount of electric wire. It has been reported. 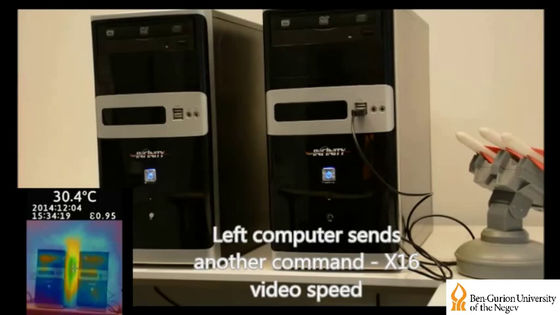 Mordecai Guri, a security researcher at Negev Ben-Gurion University , has discovered that 'the vibration of a computer's cooling fan can be used to communicate with nearby smartphones.' thing. 'We found that the computer oscillates at a frequency that correlates to the speed of rotation of the internal fan,' said Guri, explaining that by controlling the speed of the internal fan, you can control the vibration of the computer.

As a concrete method, Mr. Guri proposes a system called ' AiR-ViBeR ' in which the vibration of the cooling fan of the computer is controlled by malware and the vibration is analyzed by the smartphone application that reads the data of the acceleration sensor. 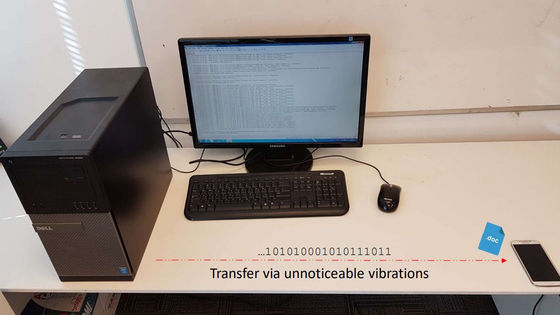 The following movie actually steals data from a PC in an air gap state using a smartphone.


An air-gapped PC that is not connected to the local network, the Internet, or Wi-Fi. 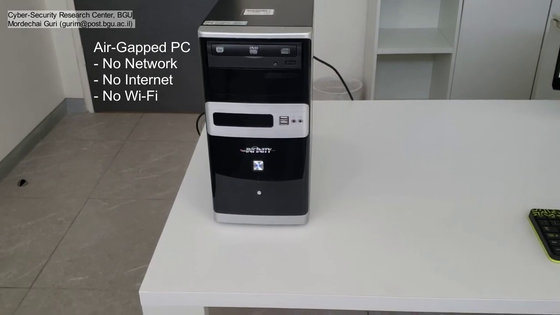 The confidential file in that PC is ... 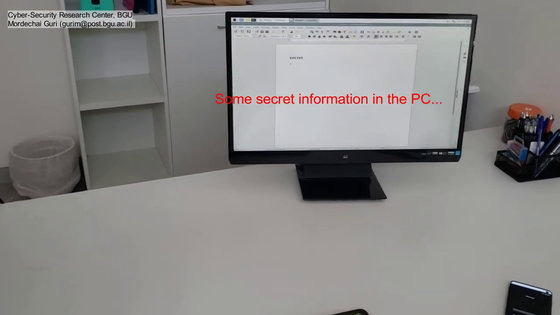 It will be leaked by reading the vibration of the cooling fan with a smartphone placed on the same table. According to Guri, the malware stored inside the computer encodes sensitive data into the vibration of the cooling fan. Also, the acceleration sensor of the smartphone you are using can detect motion with a resolution of about 0.0024 m / s 2 . 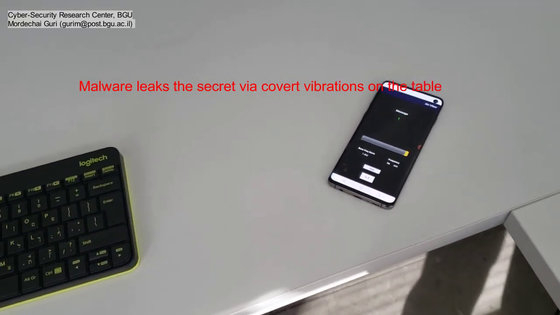 Computers are often air-gapped in laboratories, military installations, nuclear power plants, etc. to prevent the leakage of confidential files. However, with AiR-ViBeR, it is possible to sneak out the data without anyone knowing it, as long as malware is put into the computer with the cooperation of internal humans.

Mr. Guri said, 'AiR-ViBeR can be a countermeasure if you always run the CPU in maximum power consumption mode, fix the rotation speed of the CPU and GPU cooling fans to a fixed speed, or fix the CPU frequency. It is possible ”.