What are the four strategies for keeping calm in an emotionally controversial discussion? Many people may have been emotionally behaved in a discussion. Beverly Palmer, emeritus professor at

According to a public opinion poll conducted by Public Agenda , USA Today and Ipsos in December 2019, more than 90% of Americans believe it is important to reduce political conflict. Palmer clearly suggests that most people want to stop hostile to each other in the debate, and recommends the following four psychological approaches to problem solving: Was. 1: Interact regularly
According to Palmer, avoiding interaction with people who have different opinions will make the conflict last longer. It is important to actively interact with such people in order to solve it, but Palmer said that a small number of people with similar interests such as reading

The reason for this is that activities such as reading parties can share a purpose, and the atmosphere of the association is likely to be cooperative rather than competitive. Palmer quotes a study that simply interacting doesn't always mean cooperative interaction, saying, `` To build a true connection, you need to show respect while working on common issues. '' Talking. 3: Empathize
According to Palmer, everyone wants to 'hear the claim,' and if not, they tend to repeat the claim. For that reason, Palmer said that it was important to 'listen to the other party's claims'.

Also, when listening to the other party's assertion, it is important to listen without judgement while trying to remove the prejudice of yourself. He says he should suppress his thoughts, accept what he says, and then tell him what he heard. 'Sympathy does not mean that you agree with what others are talking about; reassuring the person you hear before expressing your opinion means expressing empathy,' said Palmer. And that it's important to get the other person's sense of security by listening. 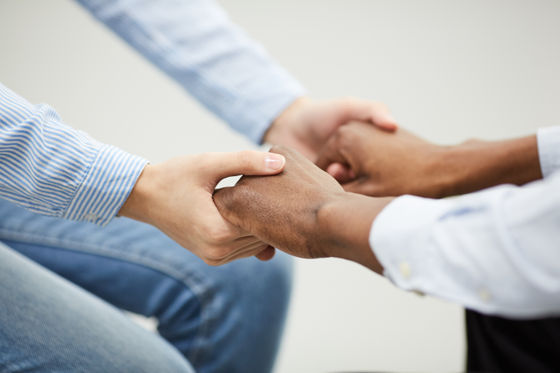 Giving a sense of security has the effect of smoothing discussions, and empathy also has the effect of creating empathy, so `` If you show others a caring understanding, Will return it to you, 'Palmer said. As a technique for doing so, Palmer says that it's important to take a deep breath, pause at one tempo, reconsider your thoughts, and talk when someone says something.

4: Don't rely on media coverage
With so much fake news, including social media, Palmer argued that 'you shouldn't believe everything you see or hear.' Palmer said that you should look at the source and then confirm the content and critically consider the information, and advised not to share it if you thought it was fake news.

Palmer commented that even if he saw people spreading fake news, they shouldn't be controversial and should show them how to fact-check that information. He said that you must first change yourself to have a positive effect on others.