Mr. Donut's Pon de Ring was renewed in January 2020, improving the moist texture and lasting, and adding an unprecedented 'flavor' to the aftertaste. Limited-time `` Pont de Ring Variety '' combining popular classic materials of Mr. Donut that goes well with such a new Pont de Ring has appeared on February 21, 2020 (Friday), so shop immediately I bought it and ate it. 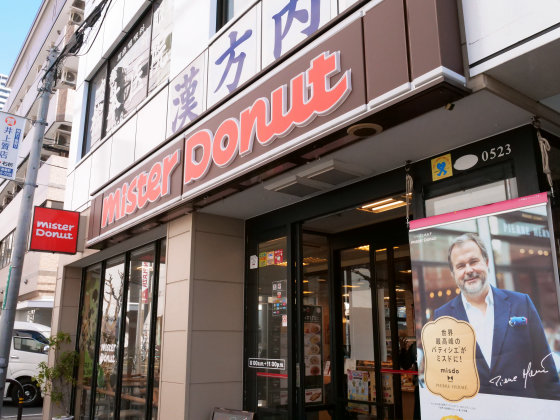 First of all, I tried to arrange the classic Pont de Ring and 'Pont de Crunch & Almond'. The size is the same because the base is a pon de ring, but ... When I ate it, it is not coated with sugar, so it is finished with the original sweetness of the dough and the mellow sweetness of chocolate. Crunchy and almond crunchy or crisp texture is fine and soft compared to fluffy dough. The texture of the new Pont de Ring was enhanced by arranging the opposite texture. Next, 'Pon de Coco & Golden'. This means that you can enjoy strawberry chocolate and coconut in half of the pon de ring and chocolate and crunchy topping in the other half. 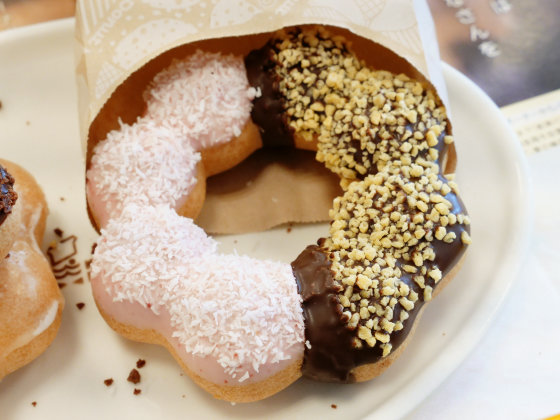 You can enjoy two flavors with one Pon de Ring, so it is recommended when you are worried about the taste. This also emphasized the texture of the dough with crisp coconut and crunchy toppings. Because strawberry chocolate is used, it is a sweeter finish than Pon de Crunch & Almond, but also because the dough is not coated with sugar, you can enjoy the original sweetness of the dough. 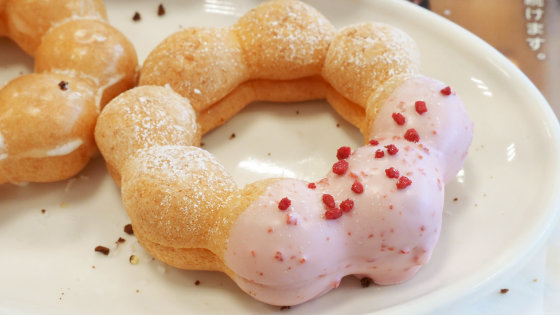 It has whipped cream and custard sandwiched between sliced pont de ring dough. 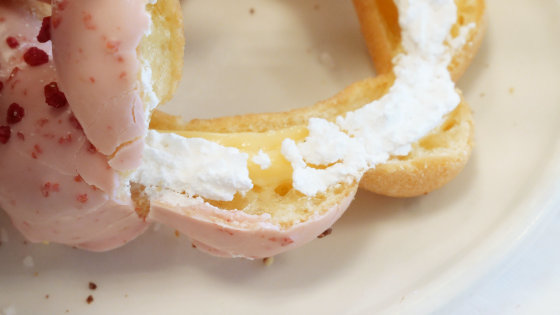 The fluffy whip and the fluffy pon de ring fabric are crossed together, making it easier to feel the fluffiness when put in your mouth. The dry strawberry on the strawberry chocolate adds texture and sourness, but overall it has a gentle mouthfeel. 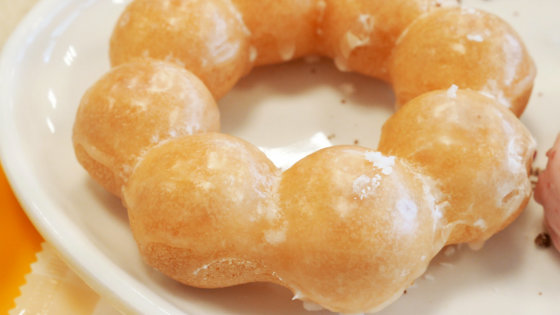