I tried to eat Misudo 'Matsucha Sweets Premium' which tastes 'Japanese and Western Origami' though it is a donut with Matcha &amp; Mascarpone cheese of Yuri Gion 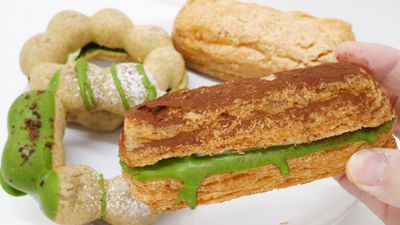 Ujicha Gion Yukari '. did. Mister Donut's Matcha Donut will be in its third year in 2019, but a crispy dough 'Denish' will be added to the lineup in 2019, and a donut danish that can enjoy 'Mascarpone Cheese' that is compatible with Matcha is also offered. I actually ate it. This matcha green tea menu five items are lined up in the showcase in the store. 'Pont de Double Uji Matcha' is the same as in 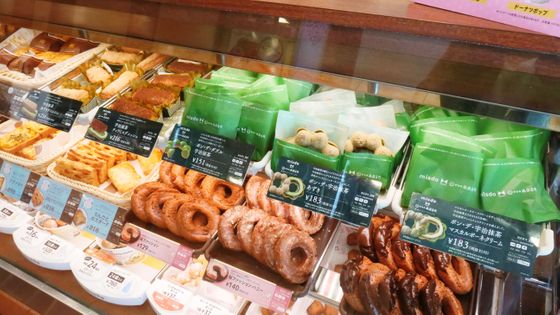 I bought it and brought it home. 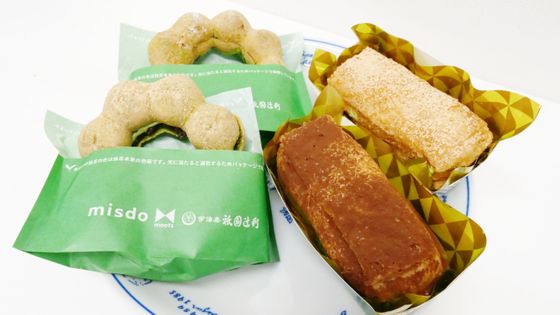 First, I would like to eat from ' Pon de Uji Matcha mascarpone cream ' (tax-included 183 yen). It is a donut based on Pont De Ring, with chocolate crunch and Uji green tea chocolate. 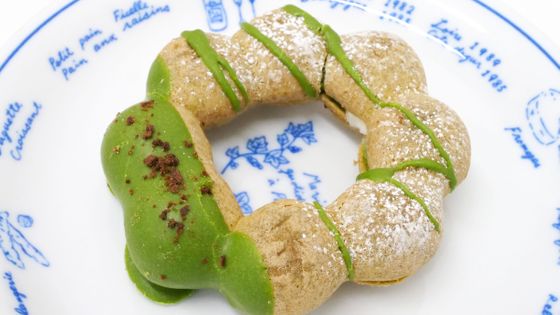 Mascarpone cheese cream is sandwiched between the dough into which the green tea is kneaded. 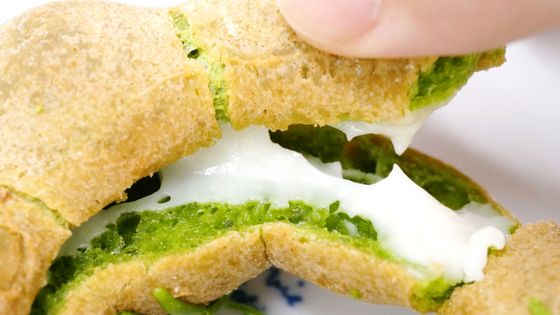 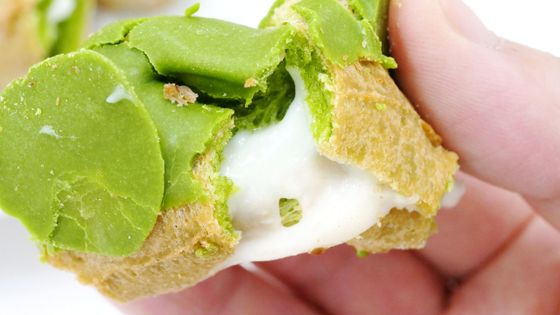 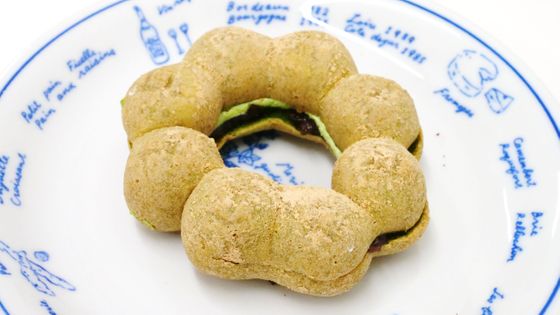 This was also mixed with green tea in the dough of Pong De Ring, and Azuki and Uji Matcha Whip were sanded. 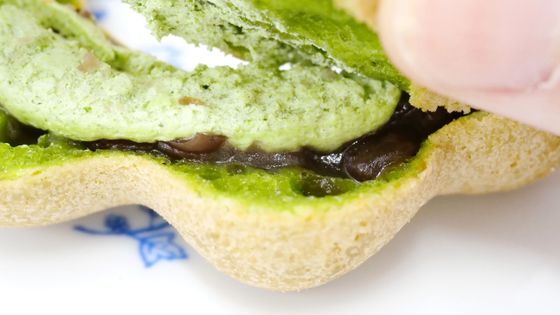 When you eat it, you can feel the bitterness and flavor of Matcha more strongly than Udon Matcha Whip, or Pon De Uji Matcha Mascarpone Cream. It is a mysterious taste with 'Dango feeling' though it is Western-style with the sweetness of this kinashi and anko this sweetness and the texture of the dough. 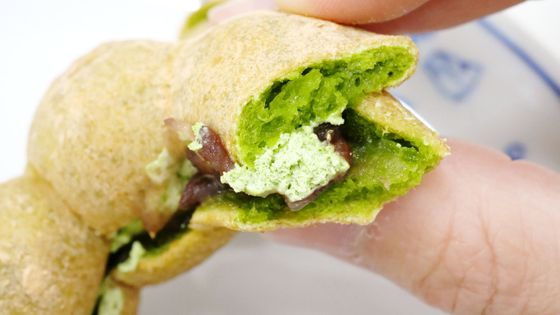 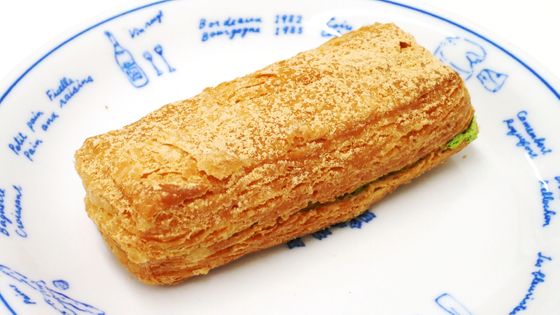 The size is one size larger than the traffic IC card, but ... 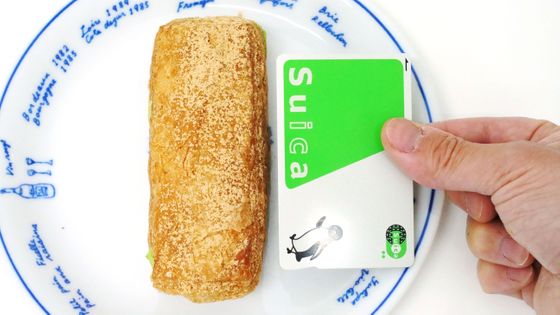 There is a sense of volume so thick. 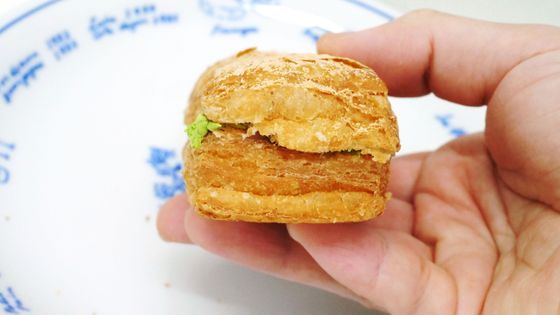 Uji Matcha Whip and Azuki are sanded inside. 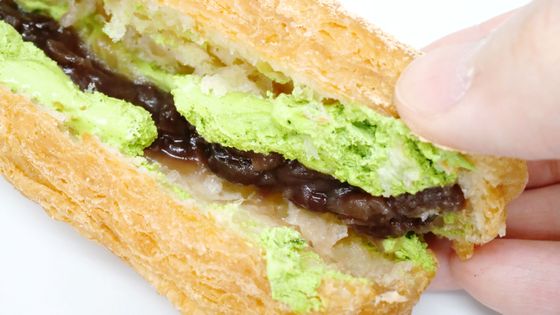 When I try to eat it, after the flavor of this surface passes through my nose, the sweetness of red bean spreads in my mouth, and the layered taste that the taste of green tea whip remains in the after taste. Matcha whipped is a sweet finish while leaving the flavor of the matcha. The puff pastry was 'zakuzaku' but it had a texture that had the duality of 'moist'. 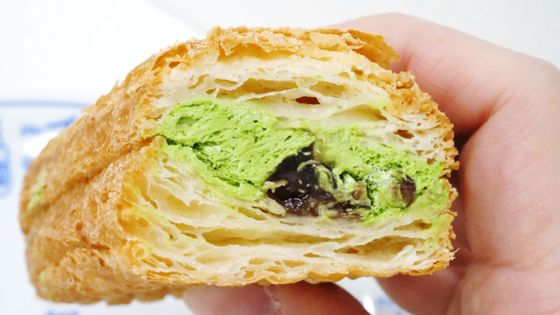 The last eat ' Uji green tea tiramisu danish ' (tax-included 216 yen). There is plenty of cocoa powder on the surface. From the section, it looks like Uji green tea chocolate is overflowing. 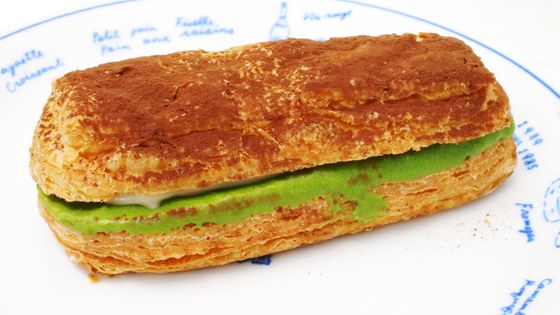 When I opened it, Uji green tea chocolate was laid so that mascarpone cream was sanded. 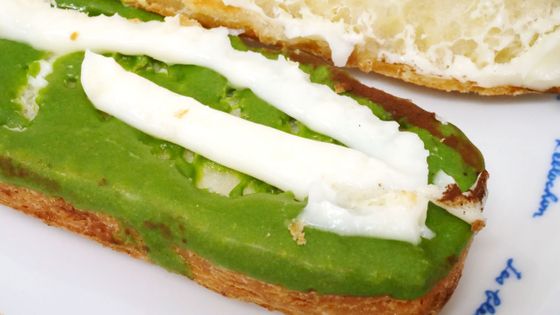 When I ate it, the flavor of cocoa powder, which was rich on the surface of crispy and moist Danish dough, first slipped through my nose, and I felt the smell and sweetness of mascarpone to be replaced. The taste of mascarpone is strong, and the matcha leaves a little aftertaste. Because cocoa powder and green tea are not bitter and do not contain coffee, I felt different from general 'Tiramisu'. 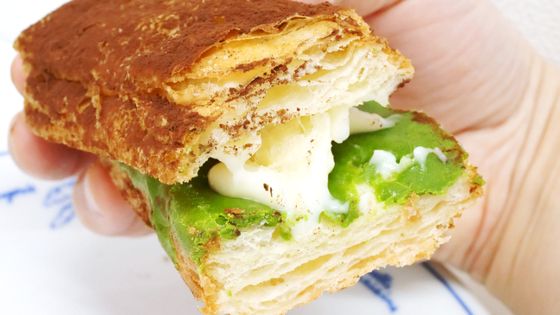 'Matcha sweets premium' is offered for a limited time from April 5, 2019 to the middle of June, 2019 at Mister Donuts nationwide, except for some stores, but it is said that it will be gone.