A limited number of 'misdo meets Gion Tsujiri 2nd Tsuya Matcha' with a new glossy and fluffy texture has appeared on Mister Donut, so I tried 7 kinds at once. 'Blooming Matcha' that appeared in March 2021. 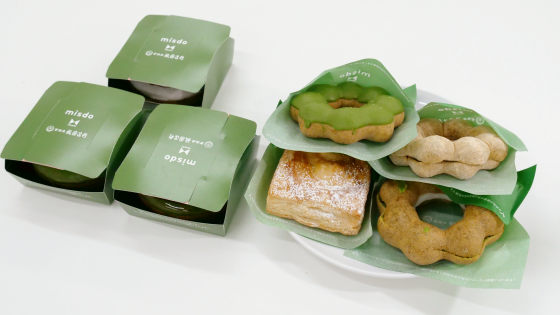 First of all, I will try three kinds of donuts using 'fluffy' dough kneaded with Uji matcha. 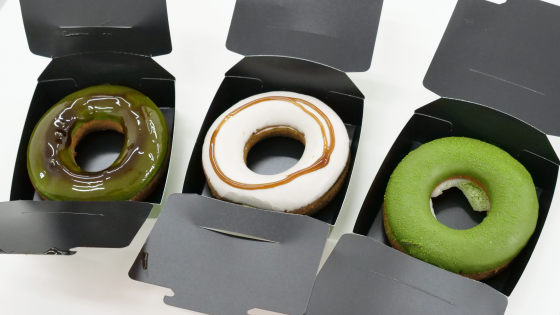 The size is about 10 cm in diameter. 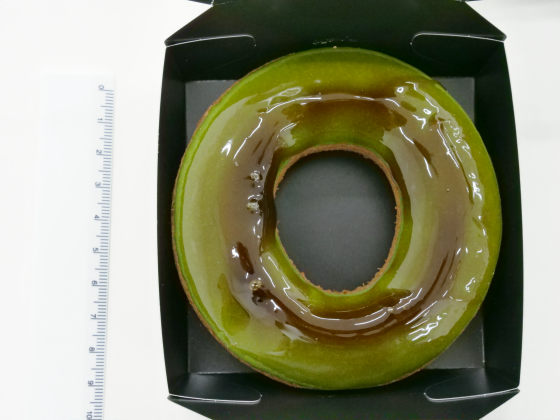 Let's start with the glossy 'Fuwamochi Uji Matcha Black Mitsu'. The donuts have a soft feel that makes you think 'Oh?', With your fingers sinking softly the moment you lift them. 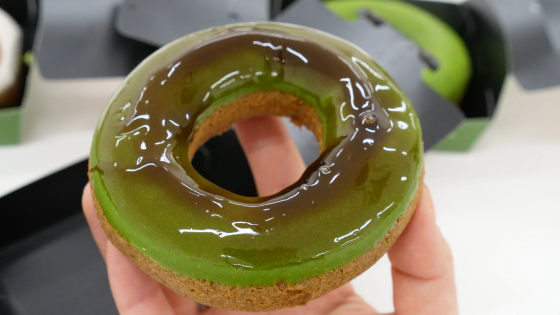 Contrary to the appearance that the fabric seems to be heavy, it has a very light finish that is fluffy and contains a lot of air.

There is something reminiscent of a French cruller in terms of lightness, but it has a new texture that has a firm texture. Uji matcha chocolate is sprinkled on the dough kneaded with Uji matcha, so the unique aroma, bitterness, and astringency of matcha can be felt firmly, matching the sweetness of the sticky black honey. Is it Japanese sweets? It's a product that is so Japanese that you can think of it, and it may be irresistible to those who like it. 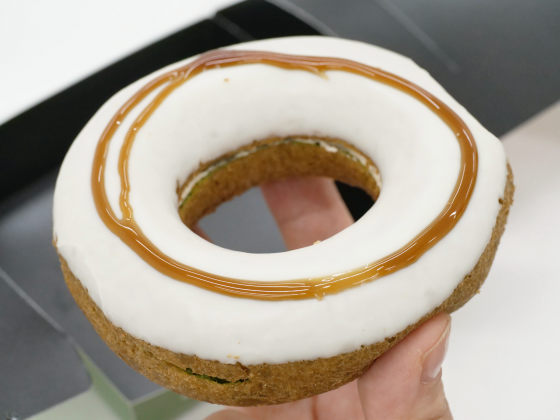 The dough is the same as 'Fuwamochi Uji Matcha Black Mitsu', which is light and chewy, but because it is sandwiched between Kinako Whip and Uji Matcha Whip, it is more 'Western' than 'Fuwamochi Uji Matcha Black Mitsu'. I felt the atmosphere. The presence of matcha seems to disappear a little because it is coated with white chocolate and has a kinako flavor, but it seems to go well with coffee because of its strong sweetness. The next 'Fuwamochi Uji Matcha Azuki Mochi' is ... A fluffy dough with a mochi filling and azuki beans sandwiched between them. It's a donut, but it's like eating matcha zenzai because it has anko and mochi and it's very chewy, and the fluffy dough is too light to make it stand out. Because it is hardened with Japanese ingredients, the flavor of matcha was firmly felt. 'Pon de Double Uji Matcha' is a staple of the Matcha series. 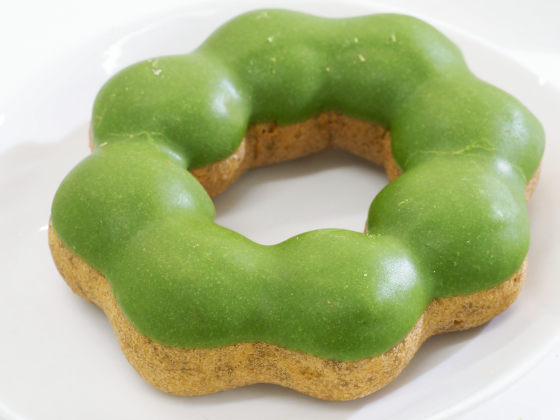 The simple composition of Uji matcha and Uji matcha chocolate coating kneaded into the dough allows you to enjoy the bittersweet and fragrant Uji matcha with the usual chewy texture. 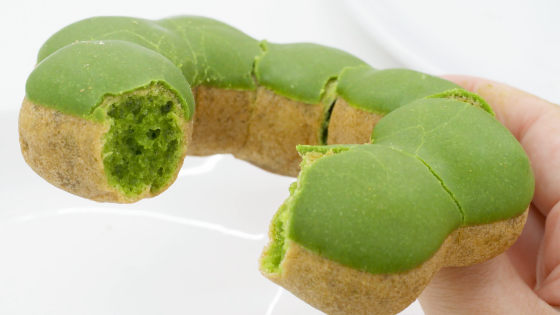 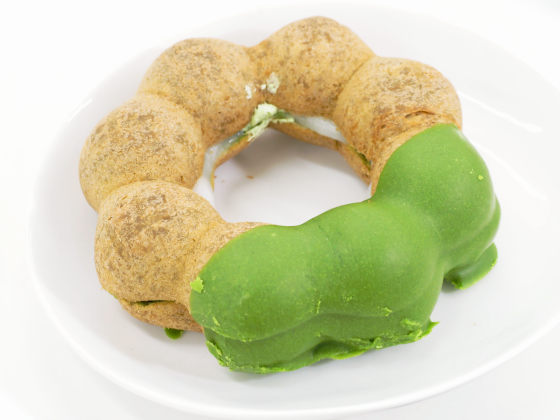 Anyway, it is characterized by a sticky and chewy texture, and a good balance of matcha with a faint scent and black honey as an accent. 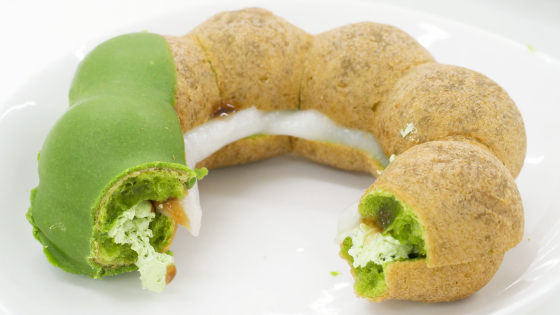 Azuki and kinako whipped cream are sandwiched between the dough and sprinkled with kinako sugar. Kinako is a donut with a strong element of kinako so that you can feel that the main character is kinako instead of matcha. It's nice that the kinako is salty and enhances the sweetness of azuki beans. I didn't feel much matcha, and the finish was like 'kinako fried bread'. 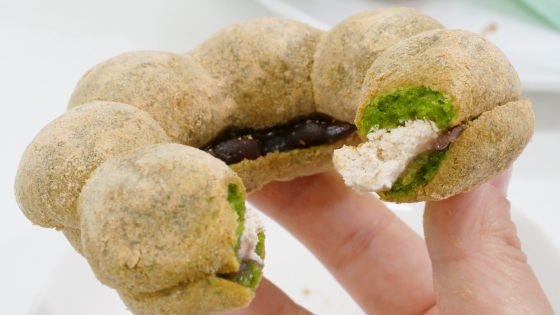 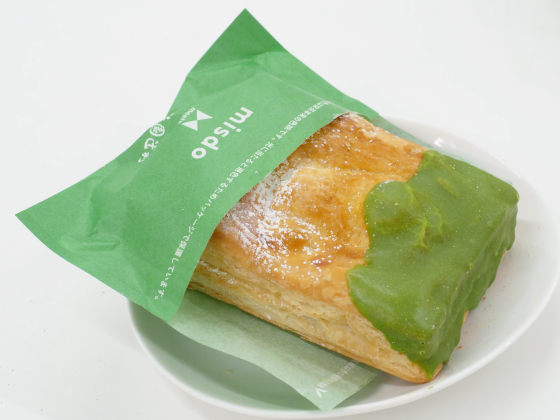 The pie is coated with Uji matcha chocolate and powdered sugar. When I split it in half, I found azuki beans and two large white balls. The pie is light, but the azuki beans and shiratama are heavy, so it's delicious. Although it is coated with matcha chocolate, matcha has a faint scent, so it is recommended for those who want to enjoy the strange combination of crispy pie and chewy white balls. The prices are as follows.