Impossible Burger ', which reproduces the flavor, taste, and texture of beef at the molecular level, has been widely used since April 2019 at Burger King in the United States. Impossible Foods, the creator of Impossible Burger, is now developing Impossible Pork, which is a complete reproduction of pork, following beef. A movie close to the taste, raw materials, and manufacturing method of Impossible Pork is released on YouTube.

Impossible Pork Made From Plants
https://impossiblefoods.com/pork/

You can understand what kind of food Impossible Pork is by looking at the following movie.


CNN's editor, Brian Cooley , saw how he actually entered the manufacturing plant and made an Impossible Pork. This is Impossible Pork. It is a little pale pink. 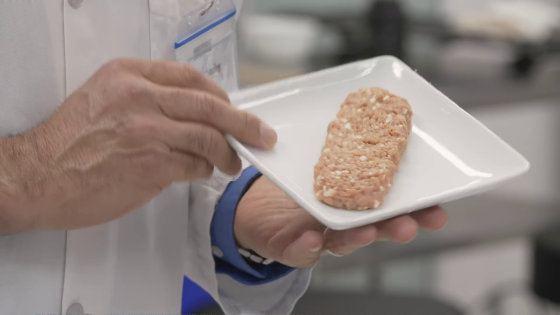 The main ingredients are soy protein as well as Impossible Burger ... 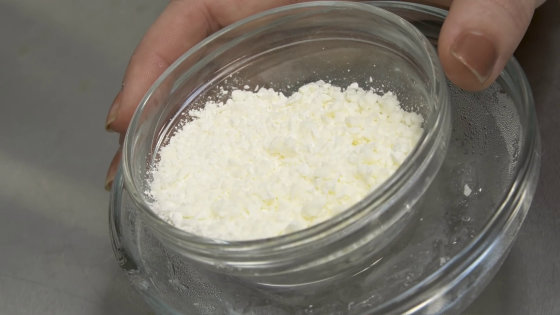 Coconut oil is the white object visible in the meat. This oil spreads the taste throughout and seems to be the point where the oil comes out when heated. 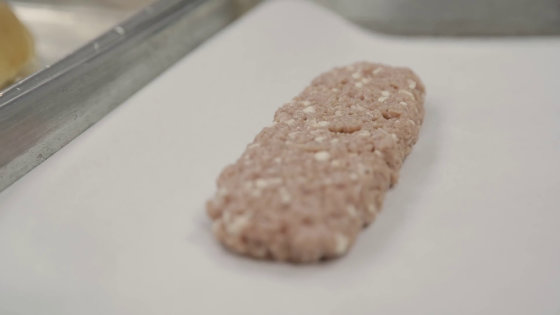 Iron plays an important role in creating the taste of pork. 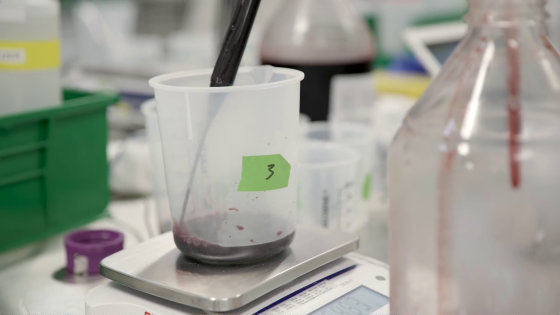 Compared to the beef-like Impossible Burger, Impossible Pork has a lighter color due to its lower iron content. In fact, pork has less iron than beef. Beef is more popular than pork in the United States, but pork is the most widely eaten diet worldwide. Pork is especially popular in China, but Impossible Pork makes it possible to make Shumai, one of the Chinese dishes. 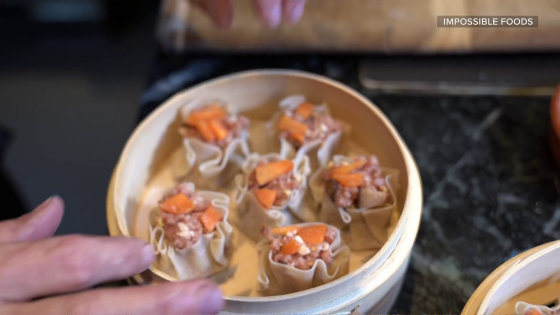 Bain Me , a Vietnamese dish. 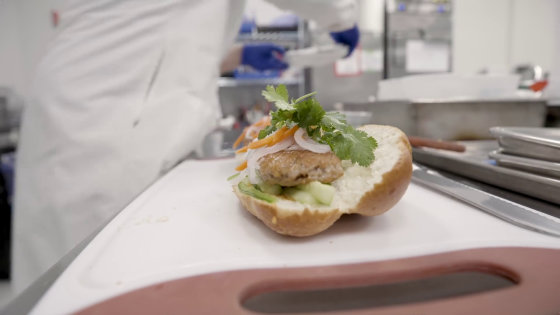 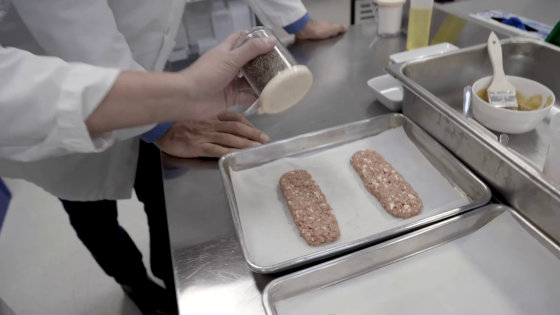 If you bake it in an oiled frying pan ... 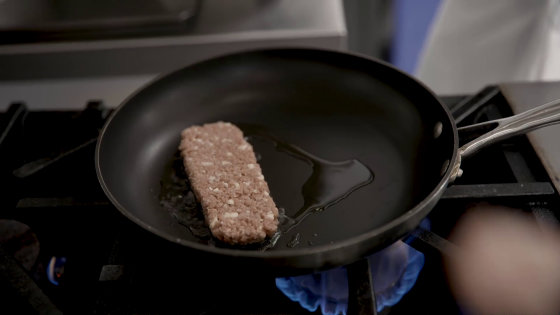 The color changes like real meat. It has a nice feeling and a brown eye. 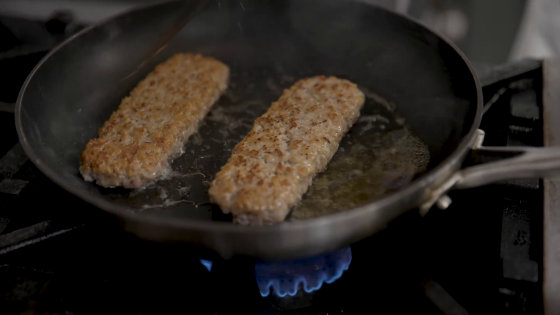 Even looking at the cross section of the finished Bine Me, you can hardly see the difference from real pork. 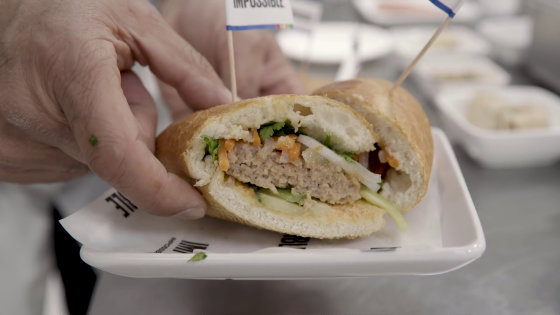 Cooley commented, 'I have the resilience of pork. The flavor comes first and the pork taste is not strong because it is seasoned. But it's just a pork vine me. It's pretty good.' 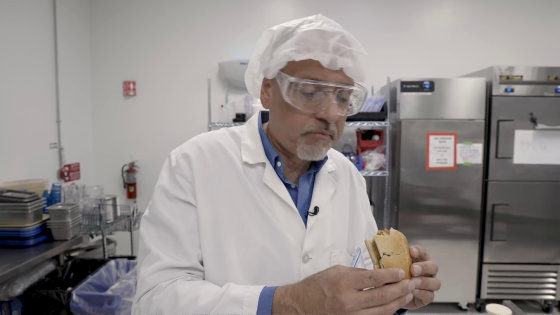 What the developers were most particular about when reproducing pork was the 'greatness' of pork. It was important to understand the composition of pork fat, both in texture and flavor. Comparing the nutrients of Impossible Pork (left) and genuine ground pork (right) per 4 ounces (about 113 g), the following feeling is felt. The calories are 40kcal less than normal pork and less total fat. Another difference is that Impossible Pork does not contain any cholesterol and contains a little more dietary fiber and iron. 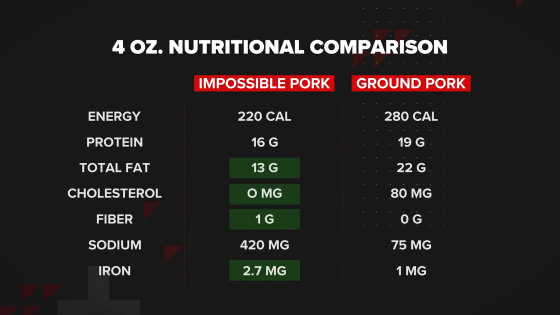