' SOUNDSCAPE ' is a web application that creates effects in fantastic forest scenes in response to sounds played by combining predetermined sound patterns. SOUNDSCAPE is free and anyone can use it quickly, so I actually filled the forest with my music.

Below is a movie that shows what SOUNDSCAPE is like. The music corresponding to each button continues to flow each time you press it, so you can create your own music by combining sound patterns. Also, effects appear in the background corresponding to the sound.


When you access SOUNDSCAPE, it looks like this. Flowers are blooming on the lake surface, trees are growing on the back side of the screen, and it is a natural forest. The full moon that has just emerged from the horizon appears to shine brightly. Natural sounds such as frogs and the sounds of various insects flow. 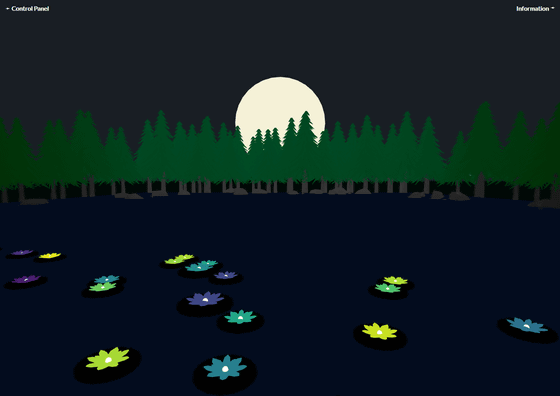 Move the mouse cursor to the left side of the window and a control panel will appear. You can play sounds freely using this control panel. 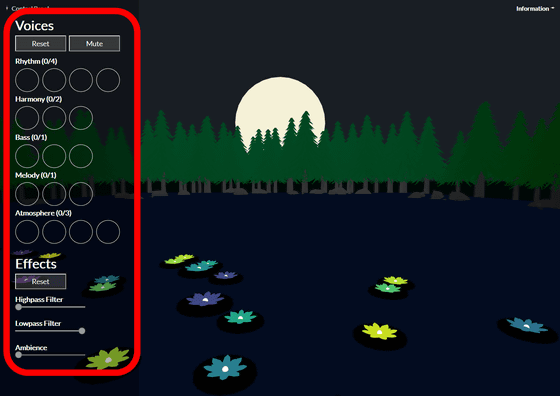 The buttons below the circles placed in categories such as Rhythm, Rhythm, and Harmony create sound. 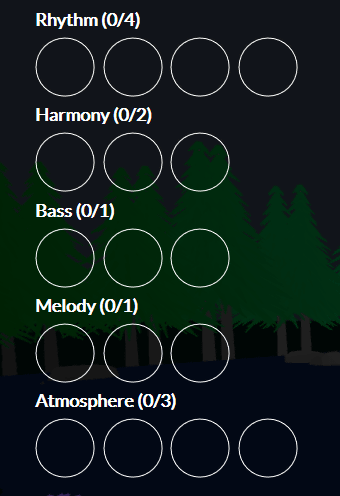 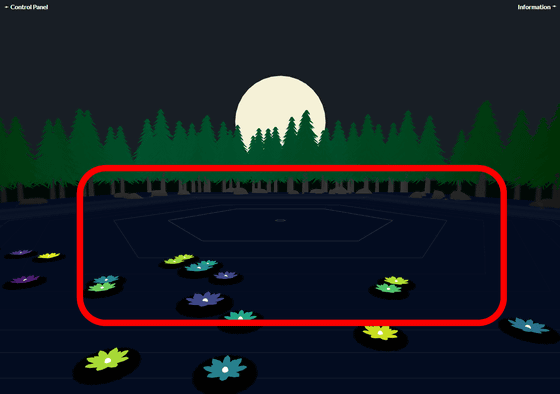 Fractions such as (2/2) written next to a category indicate the number of sounds in that category that can be played simultaneously. For example, if it says Harmony (2/2), it means that you are currently playing two Harmony category sounds that can only sound up to two. 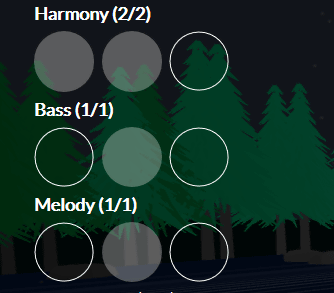 The genre of sound that can be played differs for each category. With 'Rhythm', you can play up to four instruments that create rhythms, such as cymbals and woodstock. A hexagonal effect like a spider web appears on the lake surface. In the red frame part of the image below, a hexagonal effect that is quite thin is displayed. 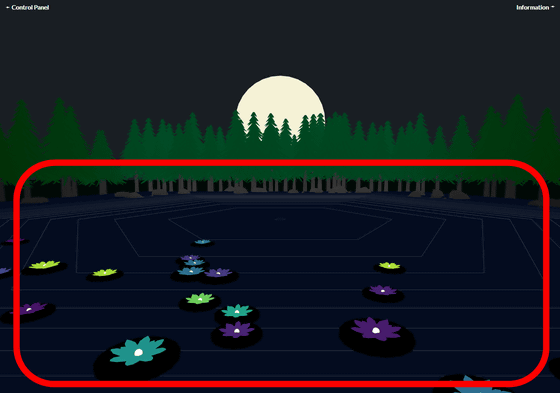 'Harmony' can sound up to two sounds like a slightly muffled electric tone. The effect is that some trees are lit up. 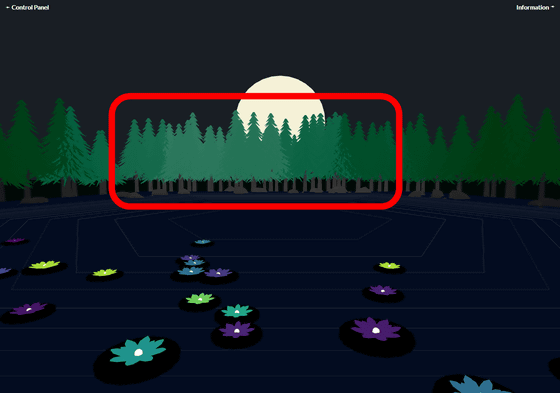 In 'Bass', the bass sounds like a bass. While the Bass is sounding, the moon emits light particles. 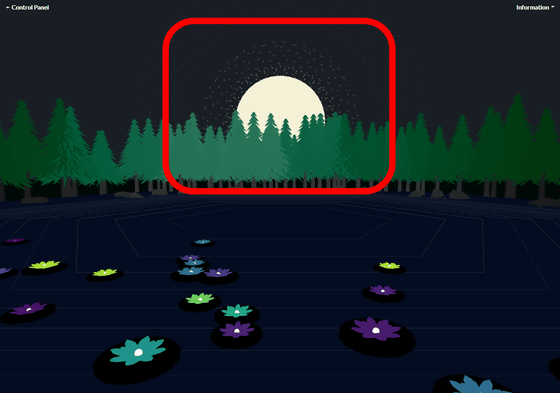 Melody, where you can play piano songs, shines on the lake in time with the rhythm. 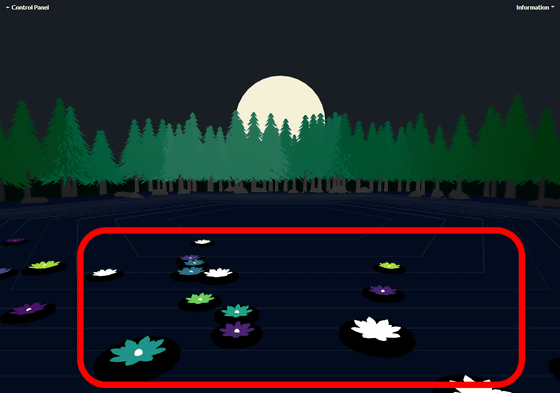 'Atmosphere' is responsible for a wide variety of sounds, from the sound of stepping on gravel to the sound of insects and unique sound effects. There is no visual effect corresponding to 'Atmosphere'. 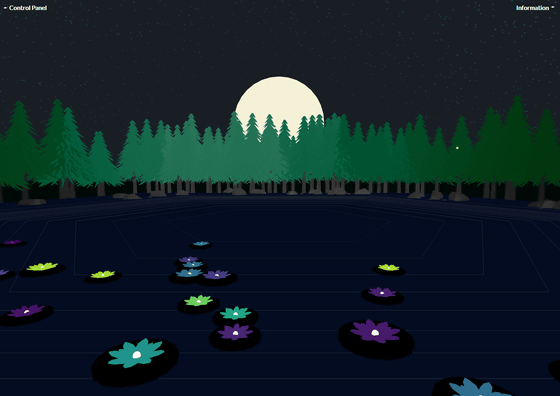 In addition, effects such as ' 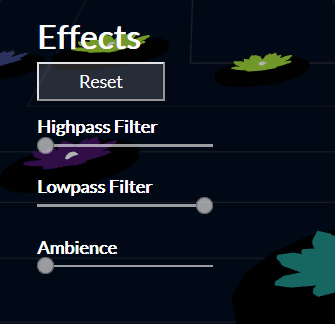 If you want to re-create the song from scratch, press the “Reset” button to zero out the sound you are playing. Pressing the “Mute” button turns off all sounds, which is useful if you want to do something else. 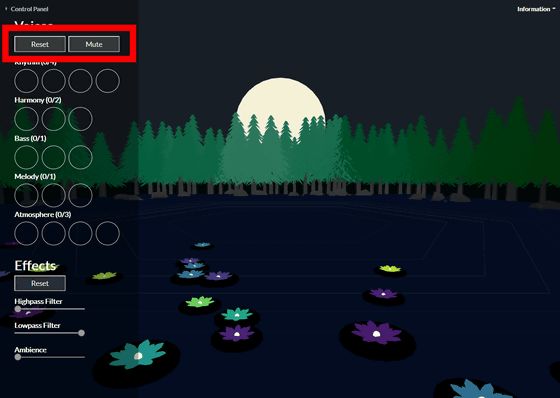 She can easily make your own relaxing can likely BGM SOUNDSCAPE is, BGM at the time of study and work Ali also for use as.