A bug that suddenly shuts down on MacBook Pro, Apple's official solution 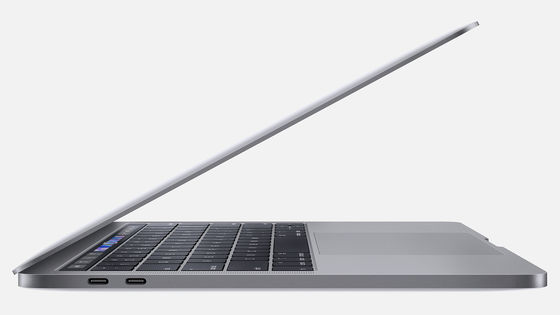 The MacBook Pro 13-inch model that appeared in 2019 has a bug that keeps the device shutting down. Apple acknowledges the existence of this bug and has published a workaround.

Terminal that it was first reported a that is occurring bug that shut down in appeared in MacBook Pro13-inch model in 2019 MacRumors it is. A report posted on the MacRumors support forum reveals that multiple MacBook Pro 13-inch users are experiencing bugs that cause their devices to suddenly shut down.

Apple is also aware of the existence of bugs and released a support page on the official website `` If your MacBook Pro (2019 13-inch model, Thunderbolt 3 port × 2) keeps shutting down '', `` Battery remaining We have released a solution for the case where the terminal shuts down suddenly even though the amount remains. Since Apple's official coping method ultimately prompted a macOS update, 'The cause of the shutdown bug may be software,' the overseas technology media The Verge points out. If the bugs are not fixed even after Apple's official action is taken, it is recommended that you contact Apple official support or bring your device to the Apple Store .