Frequent complaints that 'If you change your iPhone to iOS 14.6, the battery drain will be the worst' 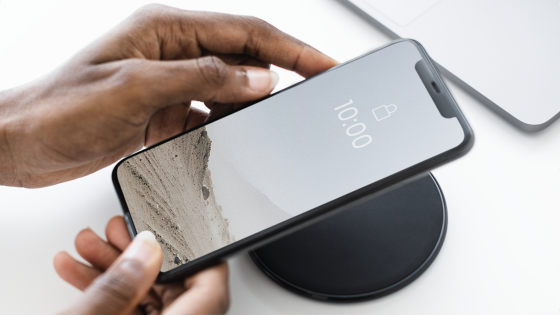 Apple started distribution of 'iOS 14.6' and 'iPad OS 14.6' on May 24, 2021 local time. Although vulnerabilities and security issues have been resolved in these operating systems, some users have said that the battery is draining.

This issue has been reported in Apple's support community and in the MacRumors forums.

Here's what was written to Apple's support community: A user named pruthvirajpatil1911 said, 'iOS 14.6 is overly draining the battery. iOS 14.5 was too slow and had problems with game and OS performance, but these issues have been resolved. And battery drain. A new problem was born. '

One of the causes of this problem is believed to be Apple's podcast app. When the user who checked the battery usage status from 'Settings' → 'Battery' of iOS deleted the podcast application, the problem was solved. For this reason, tech media ZDNet has shown 'switching from Apple's podcast apps to third-party apps' as one solution.

To check the battery status of your iPhone, tap 'Settings' ...

You can check the battery status here. The closer the number shown as the maximum capacity is to 100%, the closer it is to a new product.

You can also check which apps you are using that consume a lot of battery from 'Battery usage status for each app'.

In addition, when 9to5Mac, which distributes information on Apple products, took a questionnaire, out of the total number of votes of 2147, the number of votes for 'Battery deteriorated in iOS 14.6' was 1399, which is 65.16%. 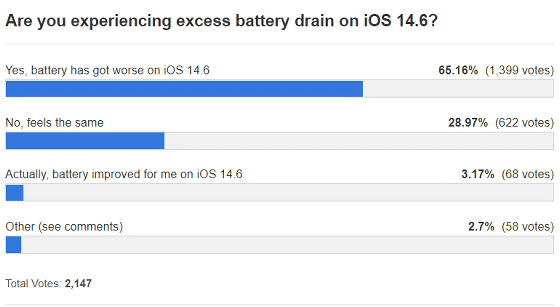