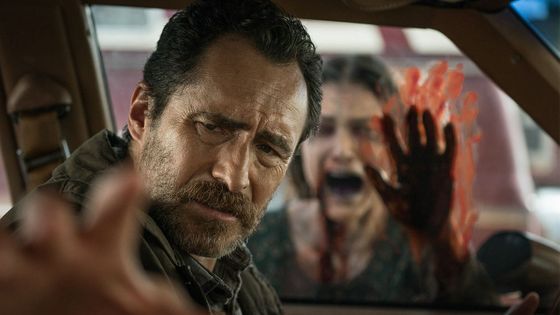 The American movie ' THE JUON ' series remake of the horror work ' Ken ' by director Takashi Shimizu is renewed under the production of Mr. Sam Raimi, who is known for the ' Dead Spirit ' and ' Spider-Man ' series The official page and trailer of “ THE GRUDGE ” to reboot will be released. It is a horror movie that depicts a mystery that occurred in a mansion and a curse that keeps chasing people who have stepped into the mansion.

The Grudge | Official Movie Site | Only In Theaters January
https://www.thegrudge.movie/


I visited a two-story house with a normal appearance ...

“I came to talk about the sale of the mansion. Who are you?”

After confirming that there is no reply, Spencer goes inside.

The inside is dark and there is no light. And you will hear a muffled voice-like sound.

I arrived at the bathroom.

Basdub has black and muddy water.

When Spencer looked in, bubbles rose from the black, muddy water.

When a suspicious Spencer brings his head close to Basdub ...

I grabbed Spencer's head and threw it.

Andrea Riseborough ) about the paranormal phenomenon he experienced.

Demian Vitil ) who knows about the mansion. 'Someone was killed in that mansion'

'There's something bad over there.'

A road that runs through a vast forest.

The police are investigating a car that was abandoned in the forest.

What was in the driver's seat,

Mardoon visited the mansion for investigation.

“I feel like someone has taken me home since I entered that mansion.”

Muldoun's son lying in bed looks at Maldoon's face and sees something. 'Mom, what's going on?'

A shadow that slides under the son's bed.

Mardoon calls on his son, 'I'm leaving this house, now.'

A figure suddenly appears in the space where there should have been nothing.

Many short horror scene clips have also been released. Long black hair coming out of the drain

A woman in a white dress jumping off the stairs.

A variant like a zombie attacking a senior detective.

A monster that looks like a baby or a giant frog.

The trailer is from the back of Spencer taking a shower ...

It was concluded with a scene where the fingers of the hand grew.

'THE GRUDGE' will be released in the United States on January 3, 2020. The release in Japan is undecided. 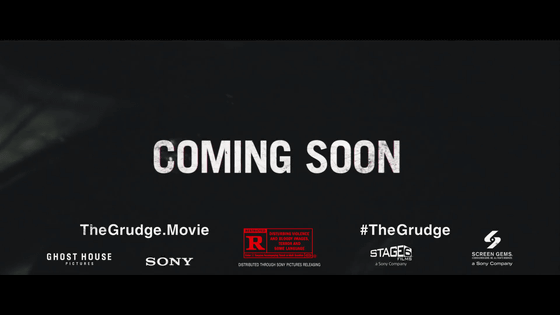