Even if `` world leader '' violates Twitter rules, it will be impossible to like tweets, replies, retweets, etc. 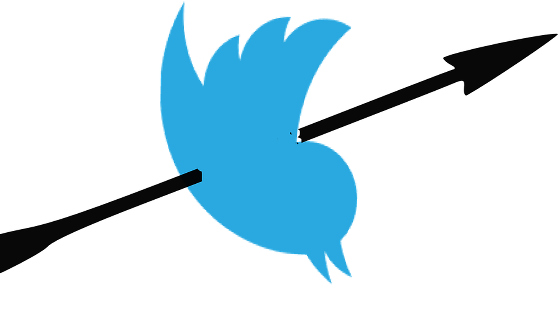 “Politicians do not delete content even if they violate Twitter guidelines,” Twitter in recent years has received great criticism. Under such circumstances, Twitter clearly stated that `` posts of politicians who violated Twitter rules do not exist at the moment '', `` If a violation occurs, the user may be good about violating tweets Nemo, reply, share and retweet will not be possible '.

President Donald Trump created a big debate on Twitter by calling the chairman Kim (Jeong-un) “Rocketman” and posting “I will not accept the military of transgender”. However, because these remarks remained on Twitter without being deleted, a problem has been pointed out that 'politicians will not delete content even if they violate Twitter guidelines.' 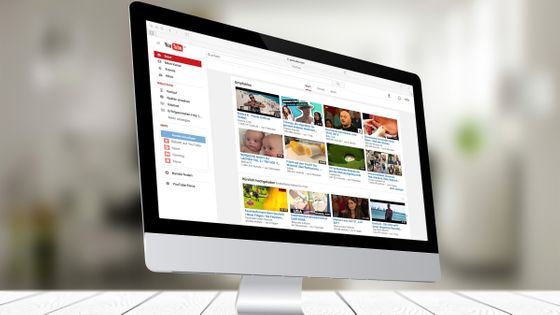 On the other hand, Twitter in July 2019 about influential accounts including government officials, even if `` tweets that violate Twitter rules may be allowed to be viewed in the public interest '' He also explained on his blog that he would take action to 'display the notification on the target tweet and the user must click or tap the notification to see the target tweet.' The tweet targeted for the action is limited in some functions, and the opportunity to see the user will decrease. 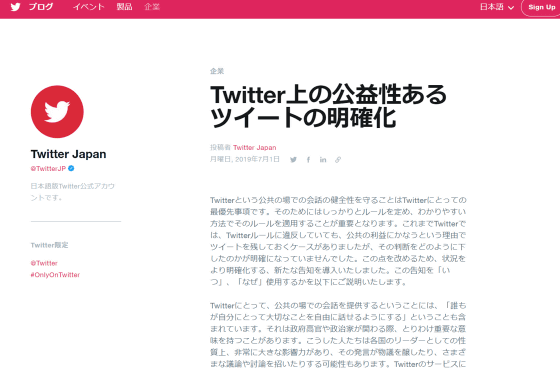 We haven't used this notice yet, but when we do, you will not be able to like, reply, share, or Retweet the Tweet in question.You will still be able to express your opinion with Retweet with Comment.

Twitter also blogged, “We want to clarify that the accounts of world leaders do not violate the policy” and how Twitter evaluates tweets from “world leaders” Was shown as follows.

・ Twitter rules are designed so that people can participate in public discussions with peace of mind, and tweets from world leaders who report that they are against the rules are evaluated against this. The
• We focus on the “language” included in the tweet and do not make any decisions about the potential interpretation or intent of the content.
・ To date, there are no actions that violate the Twitter rules for direct interaction with public officials, comments on political events, economic threats, military issues, etc.
However, even if tweets made by world leaders violate Twitter rules, if there is a public interest in displaying tweets, a notice will be displayed before viewing the target tweets (this was announced in June) (This is the content

Twitter is a compulsory account for “promotion of terrorism”, “intimidation of threat of violence against individuals”, “posting personal information”, “posting personal photos and videos without their consent ”“ Behavior engaged in sexual exploitation of children ”“ Posts promoting self-harm ”.

“Our team is not sending decisions and feedback for each individual tweet, but is based on rules that set the decision,” “Our goal is to enforce the rules carefully and fairly.” Twitter said.