Amazon almost realized de-Oracleization of the database, completed the migration of 75PB of data to the AWS DB service Jeff Barr , Amazon's AWS Chief Evangelist, announced that the internal database migration over several years has been completed. Amazon has been aiming for “de-Oracleization of the database” for a long time, but it has achieved the goal except for some third-party applications. According to Bar, Amazon's engineering team regularly reevaluates internal systems, and if improvements are found, the architecture and implementation can be thoroughly modernized and sometimes reinvented from scratch. That.

The team looked at thousands of legacy Oracle databases that had taken a lot of time to manage and scale.

PB data was stored in an Oracle database that was close to 7500, but except for some third-party applications that are strongly linked to Oracle, Amazon DynamoDB, Amazon Aurora, Amazon Relational Database Service, Amazon Redshift Moved to the AWS database service.

When a server down occurred at Amazon Prime Day 2018, there was one act reported by Oracle that the database transfer of Amazon Aurora was the cause, but Amazon denied this. During the transition, almost no downtime occurred.

`` Amazon Prime Day down is not due to DB transfer from Oracle, '' Amazon's CTO denies CNBC's report-GIGAZINE 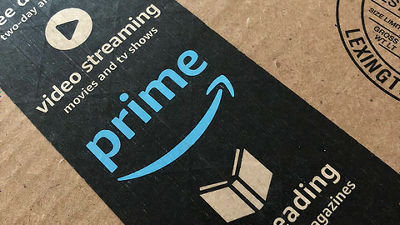 With the move to AWS database services, internal teams can now select the best service for their needs, reducing costs by over 60%. The consumer application latency was also reduced by 40%, and switching the management service reduced the database management overhead by 70%.