The “ Mario Kart Tour ”, where you can play Mario Kart on your smartphone, started service from 17:00 on September 25, 2019. I played Mario Kart, a classic racing game, on my smartphone and played hot races all over the world.

The iOS version and Android version of the app are distributed.

This time install iOS version to play on iPhone. Access the app store from the link above and tap “Get”.

Tap 'Open' when installation is complete.

The service was scheduled to start at 17:00 on September 25, 2019, but it was possible to install the app from earlier timing. However, the word “currently under maintenance” is displayed on the game screen as shown below.

After 17 o'clock, the screen looks like the following, so tap “Continue”.

Tap “Login” if you have a Nintendo Account or Nintendo Network ID.

Tap “Make this person” in the account linked to the Mario Kart Tour.

Then the driver license is registered. Tap on the red frame ...

You can change the driver name.

After setting the driver name, tap 'I Agree'.

Next, we will launch “Dokan”, a gacha element in the Mario Kart Tour.

If you swipe in the direction of the docan part ……

You can get a random character.

As soon as you get a character, you start practicing how to operate the cart. You can select either “Easy” or “Drift” as the operation method, but this time, select the recommended “Drift” that you can enjoy playing with drift. The operation method can be changed later.

This is the game screen.

Swipe right on the screen to turn the cart to the right.

There is a hatena box on the course ... 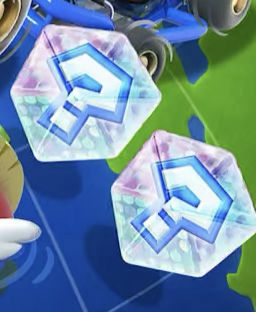 You can get items by hitting this. Each time you hit a hatena box, you can get as many items as there are slots at the top of the screen. The number of slots is determined by the compatibility between the course and the character, so it may be said that “Course A has 3 slots, but course B has 1 slot”.

Items can be accessed by tapping the screen or swiping up and down the screen. For bananas and others, swipe up to throw forward and swipe down to throw backwards. In addition, items seem to be used from the left of the slot.

In addition, if three items in the slot are aligned, it becomes a fever and becomes a star state, and the items are unlimited.

When the download is complete, you will be asked for permission to notify.

After that, download of game data starts. The size of the data to download is 251MB. It is recommended to download in a Wi-Fi environment, and you can also download while practicing the game.

You can practice while running while downloading. The operation tips are displayed on the screen.

In various operations, since the character is not going out of the course in Mario Kart Tour, it is possible to attack in-course. However, depending on the course, you can also enter some areas where the cart speed will slow down.

Like the previous series, the drift is divided into three stages: blue, orange, and purple. Each time the color changes, the dash time after the drift becomes longer.

In Mario Kart, when you press a button on a jumping platform or small undulation, the character will appeal and the cart will accelerate slightly. This appeal is fully automatic on the Mario Kart Tour.

When the data download is complete, the game starts. Initially, only the course “New York Dream” of the “Mario Cup” of the “New York Tour” can be played. Tap the course. In the race, you can choose the speed of the cart from three of 50cc, 100cc, 150cc. In addition, the 200cc that will be lifted later is also displayed.

When you actually play “Mario Kart Tour”, it is as follows. Because the course out is prevented by auto, it is easy to attack the in course with drift.


If the item is targeted during the race, it will pop up as shown in the red frame below.

In addition, if you are obstructed by an item, it will show which character was killed.

New courses appear when you play the race, and new cup battles will be lifted as you play the course. New tours will be added every two weeks.

When you clear the cup for the first time, you get a ruby. Ruby is also available for in-game purchase.

I will launch a dokan immediately with the ruby that I got. Tap “Menu” at the bottom of the screen.

Then get the item. If you launch a dokan, you can get a character machine glider randomly.

In addition to Dokan, the menu includes shops, announcements, characters, machines, gliders, gifts, and settings, which are not available at the time of article creation, but are also available for challenge, friend, and multiplayer.

In addition, items that can be obtained using coins that can be earned during the race or as rewards are lined up in the 'shop' ...

You can check the items you have in 'Character', 'Machine' and 'Glider'.

In 'Settings', you can set operation methods and sound related settings.

There are several menus that are not available or not functioning at the time of article creation, but the advantage is that if you have played the Mario Kart series with easy operation, you can play without any discomfort. If the multiplayer mode is lifted and you can easily race with your friends, you will feel more excited.