From the Pizza Hut of the home delivery pizza chain, “ Pull Toro Tsukimi Pizza ” and “ Pokteri Tsukimi Pizza ” for a limited time appeared on Monday, August 19, 2019. It is said that it is a menu reflecting the image of 'Otsukimi' by topping a semi-mature egg yolk-style sauce with a full moon image on the popular menu that sold over 50 million copies in total. I actually ordered and ate two kinds of moon-viewing pizzas in anticipation of autumn. 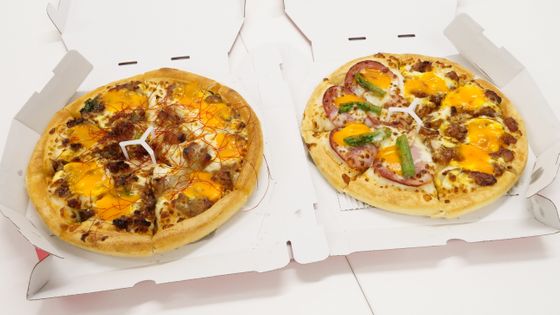 In addition, both of the dough were ordered at 'Fluffy bread pizza'. 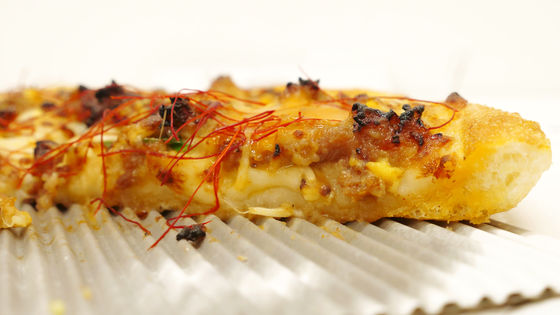 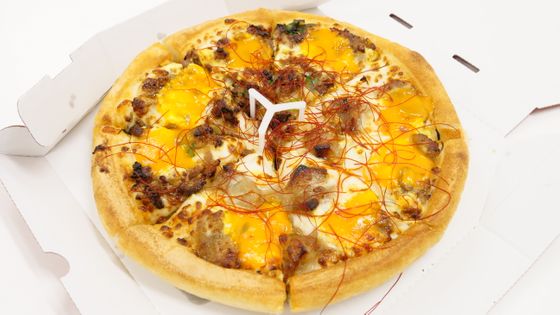 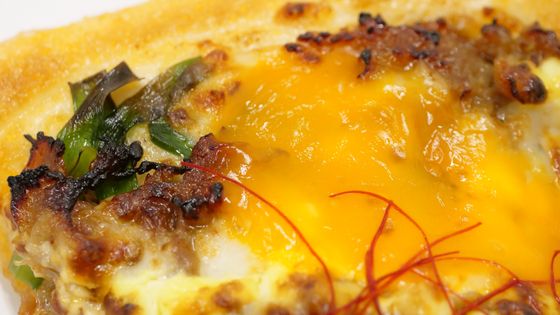 When I eat it, the taste of the sauce of sweet and spicy meat and the scent of leek are mellow with a half-boiled egg yolk sauce, the saltiness and spiciness are suppressed, the sweetness is emphasized, and it feels a little closer to sukiyaki rather than grilled meat . 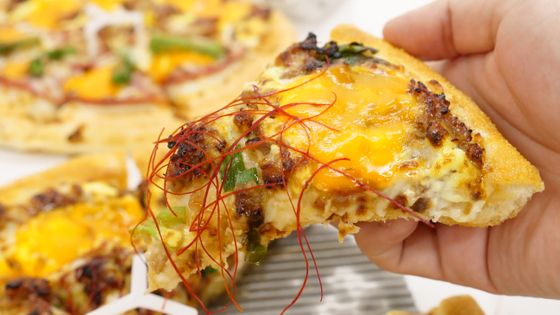 The crispy pork Toro has a unique texture. Along with the fragrance of charcoal grill, the sourness of mayonnaise and the rich umami of yolk sauce spread. Both Pull and Tsurotsuki pizzas had a meaty umami that was pushed to the front. Pokteri Tsukimi Pizza is a piece of conspicuous roast pork and asparagus, and is based on ' fresh mozzarella and roast pork ' and ' directly fired terimayo chicken '. Fresh mozzarella and roasted pork are covered with roasted pork and asparagus, and a soft-boiled egg yolk-style sauce is tangled from above. The topping looks like a ham egg rather than a pizza. When you eat it, you can enjoy the crunchy asparagus and the roast pork. The refreshing scent of asparagus, the rich flavor of mozzarella cheese, and the salty taste of roasted pork are harmonized by the umami taste of a soft-boiled egg yolk sauce. It is the most unique of the four types, and it is an irresistible taste for those who like the bitterness of asparagus. 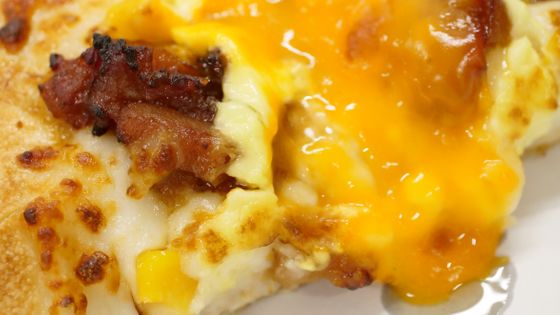 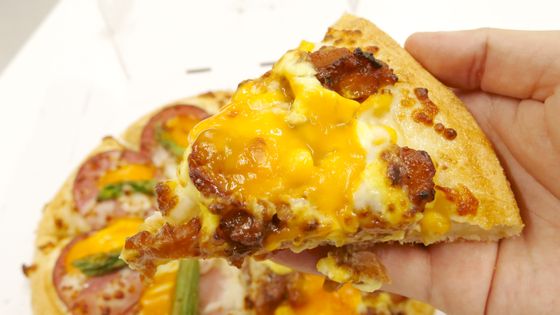 Charcoal-grilled terimayo chicken topped with the included chopped paste will add a bright scent of glue and will change into a Japanese-style pizza all at once. It is also ant to add chopping from the beginning, but you can enjoy the change of taste by adding chopping on the way after eating without first applying.