Popular battle royal game 'at the tender age of 16

Fortnight be become a world champion three million US dollars (about 320 million yen) Kyle Giersdorf, who won the' were damaged of 'swap computing' in the online distribution Has become a hot topic.

'They came in with guns': Fortnite world champion Bugha 'swatted' during livestream | Sport | The Guardian
https://www.theguardian.com/sport/2019/aug/12/bugha-swatted-fortnite-world-cup-champion-police

`` Swatting '' means that an emergency call phone number (110 in Japan) reports that `` (some) major incident is happening '', tells the address of the target, and sends an armed policeman to the other party Mischief. The name SWATTING is derived from the fact that in the United States, which is sensitive to crime reports, the police special unit SWAT rushes to the scene when this type of report occurs.

Swapping is a prank that can be done easily because it can be done with a single phone if you know the address of the other party. However, in 2017, an accident occurred in which a 28-year-old man living in Kansas was shot dead by a police officer dispatched by swapping, and the damage is so serious that it cannot be called a prank.

What happened to the incident where a completely unrelated person was shot dead by police officers because of the on-game players? -GIGAZINE 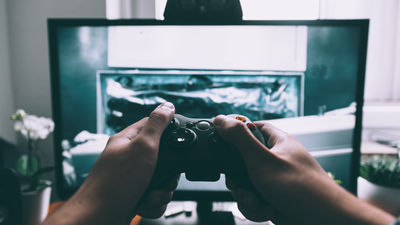 Fortnight World Cup enjoyed a tournament victory in the solo department of (Fortnite World Cup) to the youth of the 16-year-old Kyle Giersdorf (handle name: Bugha) who won 3 million dollars (about 320 million yen). Swating happened when Giersdorf was delivering Fort Knight on the online delivery platform Twitch on August 10, 2019. According to Giersdorf himself, 'When I got out to the front for explanation, the police officer had already pulled out the gun.' According to ESPN , a sports news channel that is affiliated with Disney, a police officer in Montgomery County, Pennsylvania reported that he had shot his father. That was. The district police unit besieged Giersdorf's house, but the suspicion seems to have cleared because the person who appeared on the intercom was the father who was supposed to be shot dead.

When Giersdorf was swapped, the delivery continued. After responding to the armed police officer, Giersdorf, who returned to the delivery, commented that 'It's really scary. The Internet is really crazy.'