A gun shooting incident occurred at the official event of American football game 'Madden NFL', and the vital sound of the moment of the crime 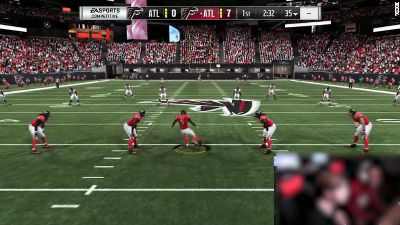 According to the Jacksonville sheriff office, three deaths have been confirmed at the worksite, including those who are considered to be the criminal of the shooting incident. At a press conference held on site on August 26, 2018, Mike Williams, the sheriff of the Duval group 's sheriff at the Jacksonville sheriff office, took the incident at "David Katz" from Baltimore We have announced that we have identified that there is. Katz is also a contestant of this game contest, and he seems to have caused the incident after defeating himself. According to Williams, three people including Katz were killed in a shooting case and nine people were transported to a local hospital, but the victims are already in a stable state.

The state of the tournament is distributed on Twitch of the game streaming service, and the person who was recording the appearance has posted a movie. Although the movie is only displaying the game screen, it can not check the shooting situation with the video, but the speech on the spot has been recorded firmly and after the nineteen gunshots the man's "why do you shoot me ? "Followed by three gunshots followed by a gunshot, and after a gunshot rings the grief voice" Omiger "sounds. Because the sound of the vital incident scene is being recorded too much , watch movies at your own risk.


The tournament was one of the preliminary contests of "Madden Classic" sponsored by EA Sports, which took place at Game Bar GLHF in Jacksonville.


According to Baltimore Sun , Baltimore's local newspaper, the local authorities are investigating the home of Katz's suspect and have found evidence to support the association with the shooting incident.

A spokesperson for EA sports said, "We are aware of the incident that occurred at the Madden Classic tournament held in Jacksonville. We currently work with the authorities to confirm facts, but this is a very terrible situation I will express my condolence to all concerned parties, "and issued a statement to Polygon of game media.

Kats, who caused the incident, is a person who has become a champion at the official tournament of MADDEN NFL 17. Katz is the man on the left in the picture below. In addition, Katz was discovered in a Chicago pizza away from the scene of the incident committing suicide with a gun that seems to have been used for the raid.


Drini Gjoka , a gamer belonging to compLexity Gaming who participated in the tournament, reported that he had been shot on his Twitter, "Tweet it is no longer going back to the game."


The tourney just got shot up. Im leavinng and never coming back


"I was shot at my thumb about the reason."


I am literally so lucky. The bullet hit my thumb


Mr. DUBBY said that he was present at the scene of the incident, "They took me to the hospital, the bullet grazed my head, my mood was okay with just a scratch on my head, However, I am very shocked. "


I feel fine, just a scratch on my head. Traumatized and devastated.


There is also information that NARA 2K professional player LARRY LEGEND was injured in the case.


To According AttoImSteveyJ , The Jacksonville Shooter Was A Competitor In The Madden Tournament That Lost, Opened Fire On Multiple People After, And Then Killed Himself. One Person Hit Includes NBA 2K Pro Player Atto OLARRY2K . Https://T.Co/0eHARZV049


Mr. LARRY LEGEND's mother said, "My son has been shot three times, please forgive us your prayers for him as well".


Ryen Alemon, who came from Texas to participate in the tournament, ran away from the venue at the moment he heard the gunshot, hid in the toilet for about 10 minutes and then left the hall. Alemon, who answered CNN's interview, said, "I am still shocked and I can hardly speak."

A person who said he was eating at a restaurant near the game bar GLHF where a shooting incident occurred said, "I heard only that Katz had a gun and shoots began One of the men who were injured when shot with a gun ran away to Hooters and we were to be trapped inside the restaurant, "says the state of the incident on SNS.

Jason Lake, founder of compLexity Gaming, says, "participating in such events should lead to a wonderful sportsmanship and teamwork, good emotions, and it is sad that this happens I think that the entire e-sports industry needs to take a step forward and need to strengthen security. "