What effect does President Trump's claim that the game contributes to the shootings? 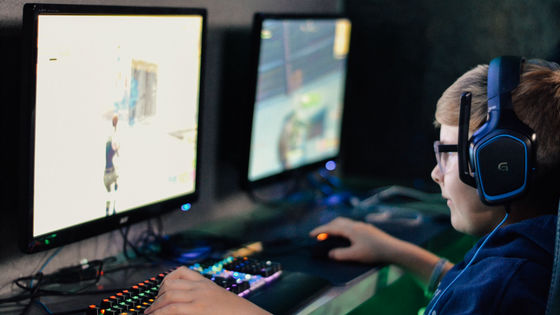 `` Games are contributing to the shootings from President Trump's camp etc. due to the consecutive shootings in El Paso , Texas on August 3, 2019 and Dayton , Ohio on August 4, 2019 The voice of condemnation for games such as ' As a result, the handling of violent games has been canceled at some mass merchandisers, and the TV broadcast of shooting games has been postponed. 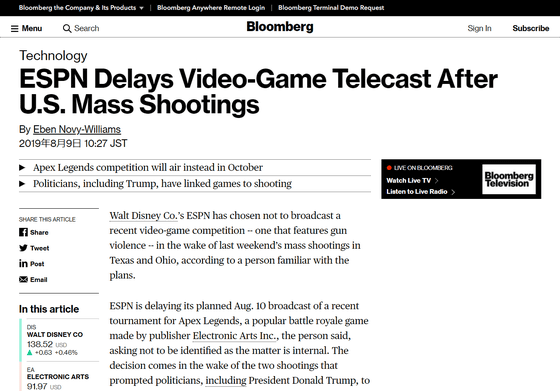 President Trump's camp, which has insisted that `` violent games cause shooting events '' so far, has repeatedly gathered experts with negative thoughts on violent games and repeated claims on game regulation It was. And in response to the two shootings that took place in August 2019, they insist that violent games be regulated again. 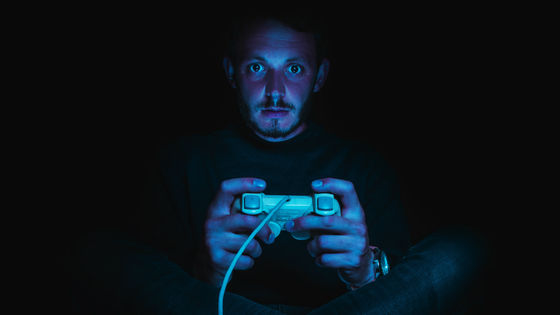 Due to the increased public awareness of shootings and games, Wal-Mart, the leading supermarket chain store in the United States, is no longer handling violent games and streaming hunting videos in stores.

Mr. Kenneth Shepherd , a freelance writer, sent a notice to Wal-Mart that employees should “take off violent games such as shooting games and video content related to violent movies and hunting from stores.” It has become clear from the tweet.

Apparently Walmart is telling its employees to take down displays that show violent video games, specifically shooters, as well as movies and hunting videos.pic.twitter.com/2N3t4B86tf

The notice says 'Check your store for signatures and displays that contain violent images and aggressive behavior.' The extent to which this notification has been communicated is not known at the time of writing the article.

Notifications are mainly affected by “violent games, especially those related to PlayStation and Xbox”, events related to “fighting games and third-person shooters” scheduled at Walmart stores, and even more violent It seems to be a hunting-related video that is played in a movie or sports equipment area. The notice states that 'within the next week' a person will be dispatched to change the display and playground.

VICE of overseas media also confirmed that Walmart was trying to withdraw the display related to violence against employees through its own route, and the anonymous employee's 'remove violent signs and game displays' I received a comment saying that a copy was given. The employee said, “I was abandoning the paper immediately because it was clearly meant to pass responsibility from the real problem of the shooting, but I could not get an accurate confirmation, “We ’re not doing anything about selling guns and ammunition,” he says.

As the employee commented, Walmart notified the employee that there was no mention of guns sold in the store. According to USA Today , despite the petition from activists and some employees seeking gun control, Wal-Mart said there was no change in gun sales. 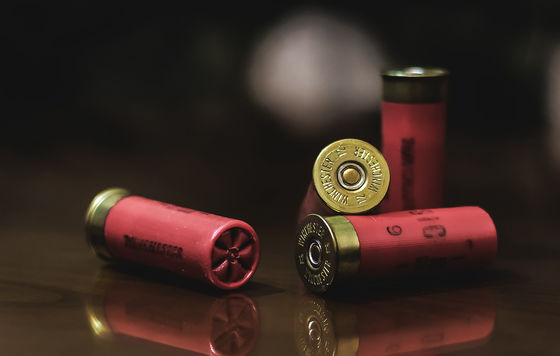 In addition, ESPN , a sports channel in the United States, has also announced that it has postponed the TV broadcast of the Apex Legends battle royal game scheduled for August 10, 2019.

This information was first revealed by Rod Breslau, who works as an esports consultant.

ESPN and ABC has made the decision not to air the TV broadcast of the XGames Apex Legends EXP Invitational that was scheduled for this weekend, in response to the recent mass shootings, according to an ABC Affiliate TV station source pic.twitter.com/6BMwdbk93t

However, as there is a research result that there is no connection between 'playing games' and 'being violent', people who work in the game industry claim that the game does not cause a shooting shot etc. Is repeated.

'Games have been made scapegoats in American social issues,' commented the Trump camp, which has repeatedly blamed the game against grounds, said Jason Lake, CEO of Complexity Gaming, the organizer of the esports competition.

All Respect To With Our Elected Officials, Video Games Have Been A GLOBAL Phenomenon For A Generation. Any Scapegoating Of American Societal Issues In That Regard Is Diversionary At Best. Https://T.Co/N9PRk9LaaU

“All the blame against the game is a joke,” said Andy Miller, a partner of NRG Esports, who organizes a professional esports team. I'm confused, now is the time for the video game generation to get up and do something. '

I'll jump in. I straddle both worlds. The whole blame game is a joke. Blaming video games is a “look over there” move instead of a “look at ourselves” reflection. Our leaders are an embarrassment on gun control. for the video game generation to stand up and do something.https: //t.co/MG0v5by6XW