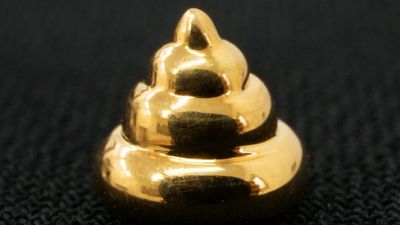 It is possible to say that human beings are excluding people and human beings are in an inseparable relationship. Eleven scientific small stories related to such poops are compiled by the science-based media

◆ 1: Many mammals poop in about 12 seconds
Speaking of mammals at a bit, elephants and rats, and humans have completely different body sizes, and naturally the length of the rectum containing poop is also different. However, researchers say that almost every mammal that produces a cylindrical poo will drain it in about 12 seconds . Here, 12 seconds is a time that counts the moment when the head of the poo comes out of the anus as 0 seconds.

Mammals are generally encased in warm mucus, and they are excreted as sliding down rather than being pushed out of the rectum, so they can excrete at roughly the same time regardless of their size. In addition, diarrhea may cause a puff in just 0.5 seconds, and constipation may result in a longer excretory time, so it may also be useful as a health indicator.

◆ 2: There is a person who puts out 'super poo' that works against intractable disease
In recent years, the intestinal balance of intestinal bacteria is adjusted by administering stool of healthy people to sick patients, ' The treatment of fecal microbe transplantation (FMT) is attracting attention. Clinical data on FMT also point out that stools from specific donors may have a significant effect, and it is hoped that there will be people who can eliminate 'super poo' that can treat intractable diseases.

◆ 3: There is an animal that makes a cube
The wombat, which inhabits the mainland of Australia and Tasmania, is a close-knit animal with a well-shaped body. Such wombats are known to put out 'squares'. Researchers study Wombat's poo, and speculate that the mechanism of 'squeezing the poo's water to the limit and re-absorbing it in the body before excreting' produces a square.

Scientists unravel the mystery “Why wombat is a square?”-GIGAZINE 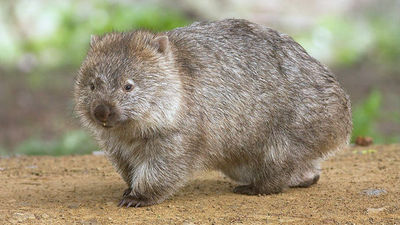 ◆ 4: Foggy fossils become valuable resources
The coastal area of Peru is rich in ' guano ', which has become a fossil that has accumulated seabird poop, and has been useful as a valuable fertilizer for many years. Guano, which is rich in phosphoric acid, has been used since the Inca era, and 12 million tons of guano was exported from Peru to Europe and North America from 1840 to 1870.

◆ 5: A monkey's poo becomes a clue to prove the birth of a hybrid
Tanzania Gombe Stream National Park in Guenon species multiple species of monkeys that are classified to have inhabited, but it is known that the hybrid is born by crossing different species of Guenon genus. It is difficult to capture wild monkeys suspected of hybrids and analyze the genes, but by analyzing their pups , researchers not only have hybrid monkeys, but sometimes cross-breeding between hybrids We are also finding out that things are going on.

◆ 6: Mouse's poo may contribute to space development
In order to investigate the influence on the human body in space, NASA is conducting experiments to make one of the twins stay at the International Space Station , leave the other on the Earth, and examine the changes in the two's body .

In addition, NASA takes rats that share genetic and behavioral characteristics with humans to space so that microgravity examines the intestinal bacteria and gastrointestinal function of animals, etc., and astronauts collect the pips of each mouse Plans to conduct experiments . This may reveal more details than ever before, such as the consequences of humans staying in space for a long time. 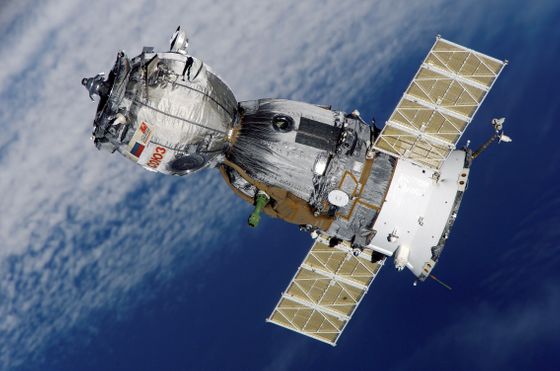 ◆ 7: The dog's pup and the human pup may be similar
Foods eaten by dogs and humans seem to be completely different, but it is clear that dogs and humans

have similar types of intestinal bacteria . Therefore, it seems that dogs may be more useful for research on human nutrition than animals such as pigs and mice.

◆ 8: Do you want to plant more?
Plants do not have an excretory mechanism like animals, and generally do not have the image of being pissed off. However, whether or not plants are pissed seems to be 'by the definition of poop', for example, plants that grow on salty lands are draining excess salt from the leaves and are as unnecessary as human poop It can be said that she is pushing things away.

◆ 9: Uchi is scattered throughout the daily life
Many people should have a tight rest in the bathroom and not have a piss out of the bathroom. However, scientists result of the examination of the spread of the bacteria contained in the feces to investigate the room inhabited by human beings, PC keyboard and smart phones, kitchen sponges, and the like in the air bacteria that is included in the poop was discovered . Unfortunately, you can't escape from the poo when you live normally. 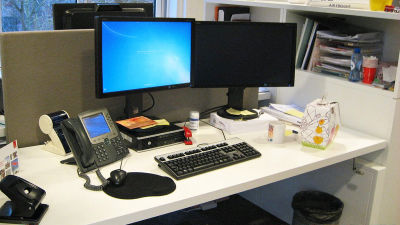 ◆ 10: Hurricane spreads pig's poo
Hurricane Florence, which hit the United States in 2018, caused a lot of rain and caused flooding of rivers. Some of the places where hurricanes have been attacked include a treatment plant where composted pig's excrement from pig farming is stored and composted, and water pollution and deterioration of sanitation caused by pig's feces are considered to be at risk. The

◆ 11: Hippo's poop makes an ecosystem
The hippo eats 40 kg a day and sheds a lot of poo in the river. This pup causes the fish to die in large numbers, but in fact the hippo pup not only kills the fish but also plays an important role in shaping the ecosystem.

There are many hippos in the Mara River in Africa, and silicon contained in hippopotamus accounts for 76% of silicon flowing to the lower reaches of the Mara River. Such silicon not only stimulates the growth of fine algae, diatoms , and helps convert atmospheric carbon dioxide into oxygen, but the food chain starting with diatoms is rich in animals such as shellfish, crabs, turtles and humans. Form a diverse ecosystem .