What is the impact of the patch for CPU vulnerability issues on substantial CPU performance? 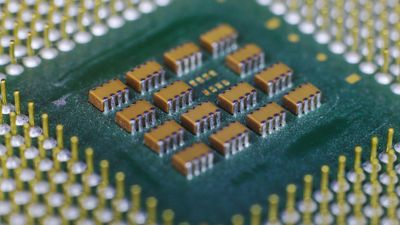 In January 2018, a 'meltdown' vulnerability that exists as a design flaw in Intel CPUs and a 'spector' that could affect all CPUs were discovered , causing a great deal of confusion. Microsoft and other companies have responded by applying a patch, but the results of testing the effect of this patch on Intel and AMD CPU performance have been published.

'Meltdown' and 'Spector', which are CPU vulnerability issues, were dealt with as very serious issues, and companies were forced to respond. It is pointed out that while security is secured by the patch for vulnerability handling, speed is sacrificed at the same time. 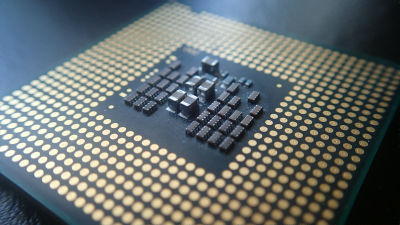 Under these circumstances, a news site ' Phoronix ' that provides hardware reviews and related news for Linux performs performance tests using CPUs made by Intel and AMD, and 'How does the vulnerability patch affect performance?' It measured about.

This is an image that is graphed by geometric averaging the results measured using many benchmark tools. From the top of the image, Intel's Core i7-6800K, Core i7-8700, Core i9-7980XE, and AMD's Ryzen 7 2700X, Threadripper 2990WX. Performance when the pink bar does not apply the patch, the brown bar shows the performance when the patch required for each CPU is turned on, and the gray bar uses the simultaneous multithreading (SMT) Intel CPU It is the performance when SMT is turned off to disable the attack that exploits the vulnerability. Note that there is no gray bar for AMD CPUs, as AMD CPUs do not have to be turned off to disable the vulnerability. 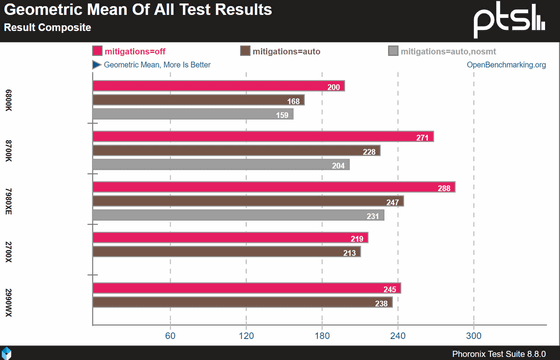 However, despite this result, AMD did not advertise that 'the substantial performance is higher than Intel CPU', and there are signs that vulnerabilities such as meltdown and spector had a positive impact on AMD's business. I can not see it. In this regard, Technology Media's Extreme Teck does not guarantee that a critical vulnerability will not be found in AMD CPUs in the future. It is because it may be regarded as a problem at the time of discovery and it may lead to danger such as getting a lawsuit. '

However, Extreme Teck has stated that CPU performance will obviously be affected by the fact that fixes from vulnerabilities will continue to overlap, regardless of whether the semiconductor manufacturer itself is appealing.