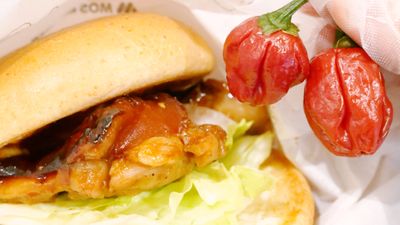 Moss Burger's ' Spirit Teriyaki Chicken Burger ', which has been described as 'The Most Hot in Mos Burger History', will appear on Thursday, May 23, 2019. The hot spicy Teriyaki chicken burger uses the pepper ``

Trinidad Scorpion Butch Taylor '' whose sauce `` Scoville value '', which is an index of spiciness, is about 300 times that of Jalapeno as a source, and `` Most not only in the history of burgers but also in the burger chain world Is it the hardest ever? ' I was able to eat a little earlier at a press event, so I actually ate how much spicy it was. Next to the seats for the press, there were signs for 'Mazeru Shake Horonaga Matcha, using tea leaves from Shibushi City', 'Setouchi Hassaku Lemon Ginger Ale', and the renewed 'Teriyaki Chicken Burger'. 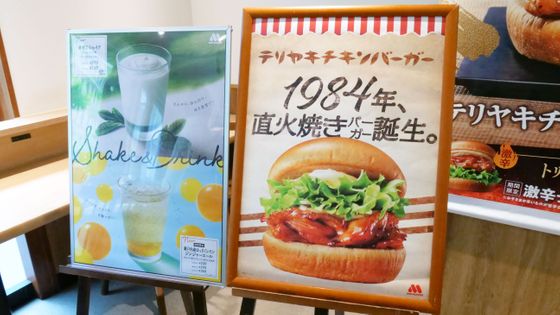 There is a banner hanging on the wall that promotes 'hot spicy Teriyaki chicken burger' ... 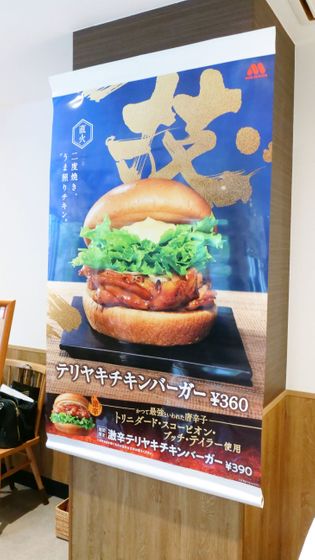 Beside it, there was a display of Trinidad Scorpion Butch Taylor, a super hot pepper used in the sauce of this hot spicy Teriyaki chicken burger. 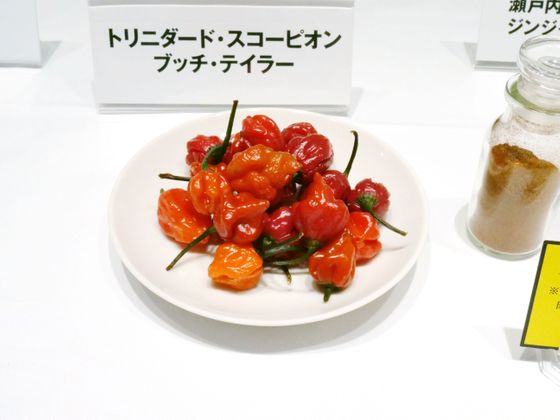 Trinidad's Scorpion Butch Taylor, once known on the Guinness World Records as the 'World's Hottest Pepper', surrendered to Carolina Reaper in 2013. In fact, some are bright red, while others have a slightly more orange hue. 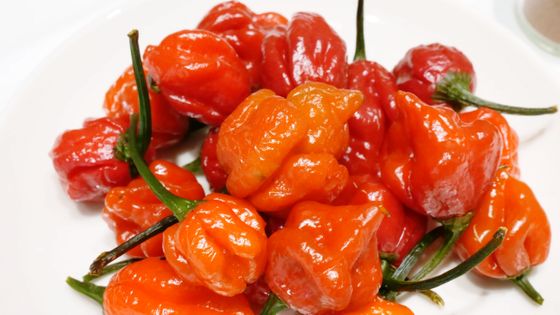 Next to Trinidad Scorpion Butch Taylor was a small vial with a skull on the words 'Danger Do not open the lid for danger.' 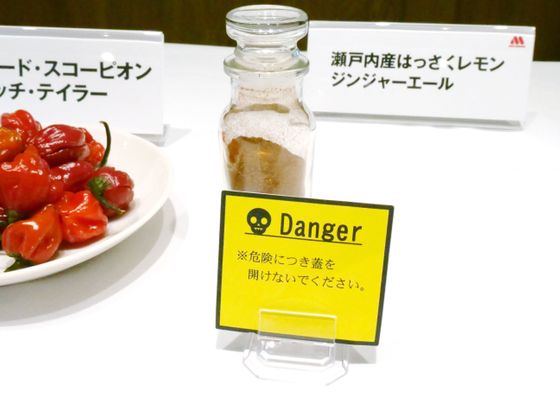 The contents are dried powder of Trinidad Scorpion Butch Taylor, and it is this powder that is actually in the burger. When opened, it is scattered around and dangerous, so such a note is placed. 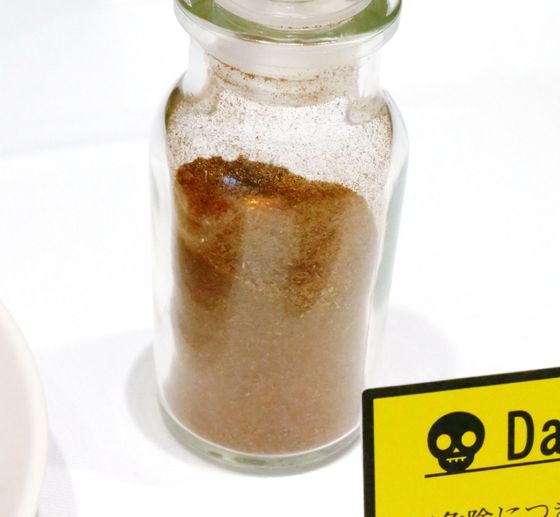 When I picked up the fruit and tried to examine it, it was stopped. 'Do not touch with bare hands,' he was given a vinyl glove. 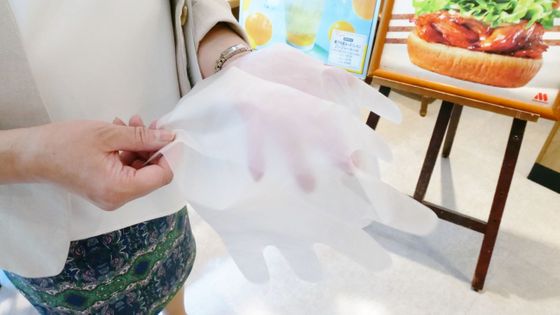 Wear vinyl gloves and try to bring fruit. Trinidad Scorpion Butch Taylor is said to be named 'Scorpion' because the tip of the real tip resembles a scorpion tail. When approached to the nose, the scent of vinegar and the vinegar of vinegar, but the 'spicy scent' is weak. However, as the inside of the nasal cavity is stimulated in some way, it begins to cry while sniffing. 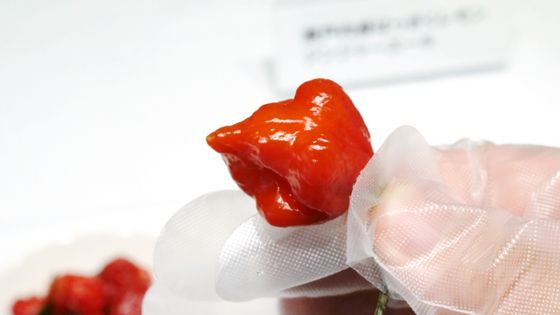 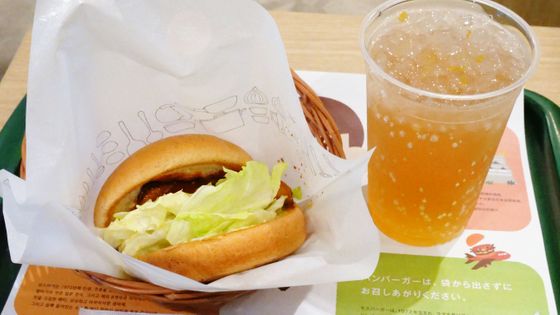 You can see not only the oversized teriyaki chicken, but also the pungent sauce on the upper bun. 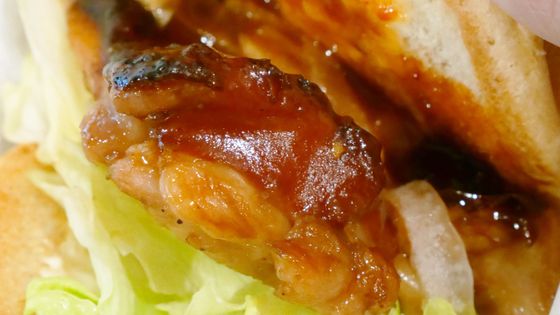 Then the real food. 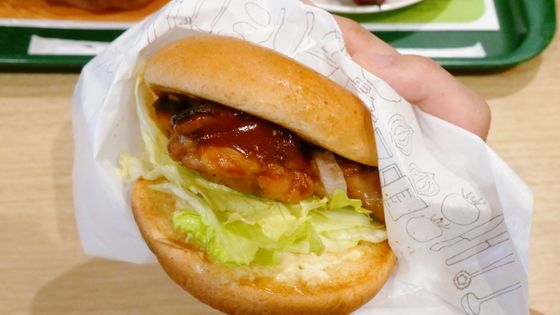 When I eat it, I can clearly feel the taste of Shishito with the taste of the sauce and the vinegar of Trinidad Scorpion Butch Taylor added. At first, the degree of spiciness is 'Is it spicy?', But it gradually increases over time, and at the end it changes to 'stimulus' and dominate the mouth. It is intense and it is not recommended for those who are not good at it, but it is not enough to eat. Overcoming the spiciness, the umami of the baked Teriyaki Chicken was felt, and the impression was that both the spiciness and the taste were compatible. 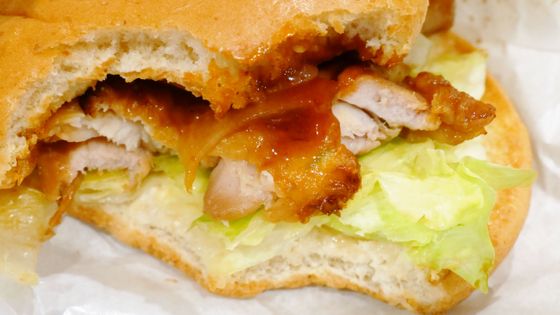 The Seto Inland Sea tried to neutralize with the refreshing taste of Hassaku lemon ginger ale , but after drinking, the lips and tongue lingering remained and continued on the return train. 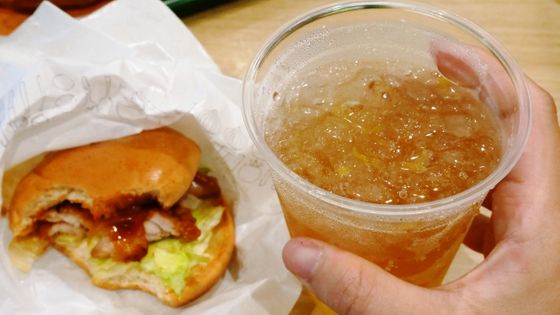 Also, ' Teriyaki Chicken Burger ' (360 yen including tax) has been renewed, so I will try this too. 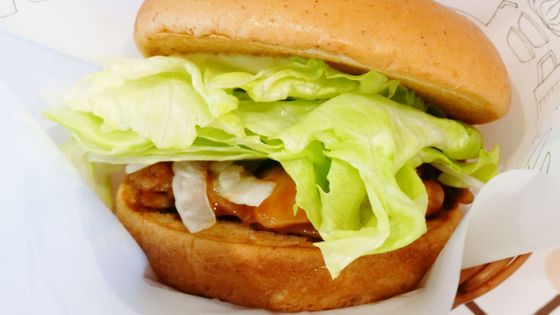 The new Teriyaki chicken burger is said to have evolved into a sauce with a soy sauce scent, which is applied to the direct-fired chicken sandwiched between patties. When you try it, it's a burger that goes well with soy sauce sauce that is savoryly baked into a plump chicken and sour mayonnaise. The crunchy texture of lettuce is accented. 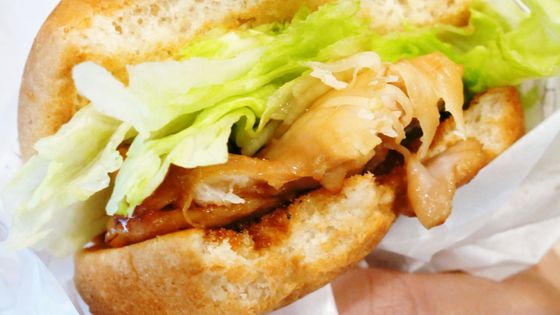 When compared with the Teriyaki chicken burger before the renewal, the sauce after the renewal had a strong sweetness, and the sharpness of the sweet and spicy was clearly felt. 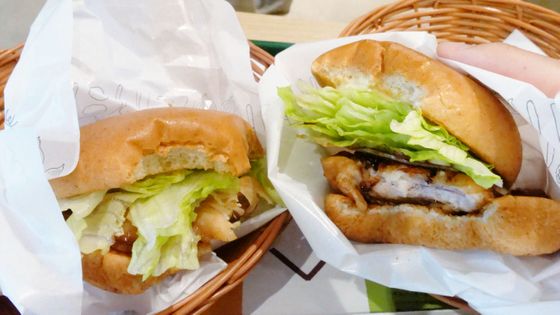 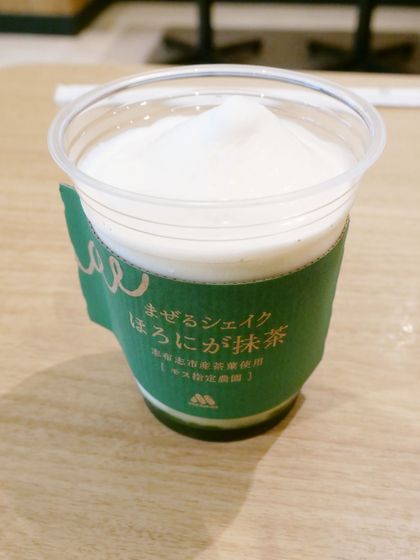 Mix Shake Moroniga Matcha has a moss vanilla shake on the body of the drink and matcha on the bottom. It is said that the same tea leaves that are used are the same as the 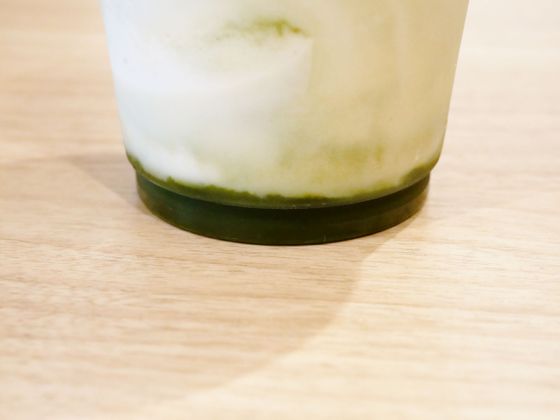 Before drinking, stir the powdered green tea with a spoon. 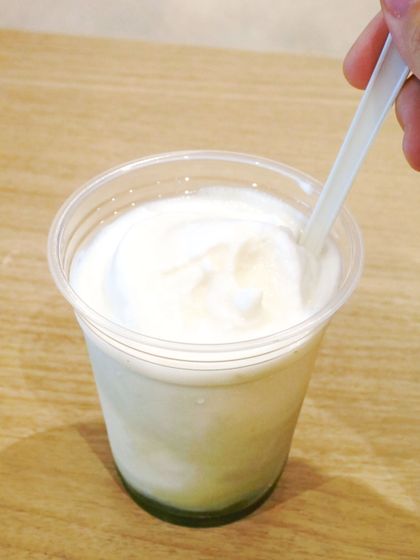 Every time it mixes, the matcha at the bottom melts with the vanilla shake ... 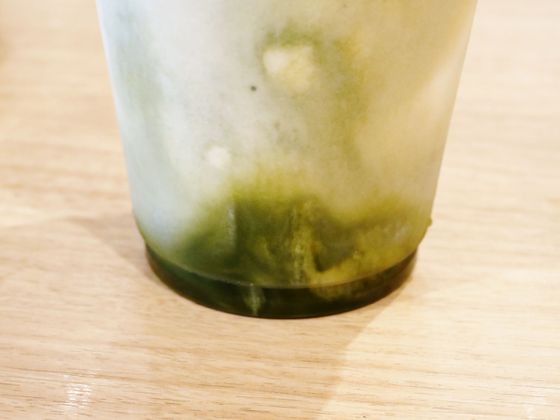 A dark green gradation is created in white. 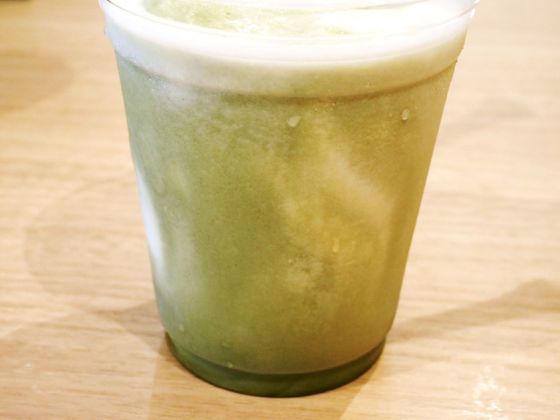 When I drank it when mixed moderately, it was a cool drink that was perfect for the coming hot months when I could feel the moderate bitterness of matcha and the gentle sweetness of the shake at the same time. In addition, Mix Shake Horoniga Matcha can be ordered as a set drink by adding 80 yen to the set price. It is also recommended to order together to cool the hot mouth with the hot spicy Teriyaki chicken burger. 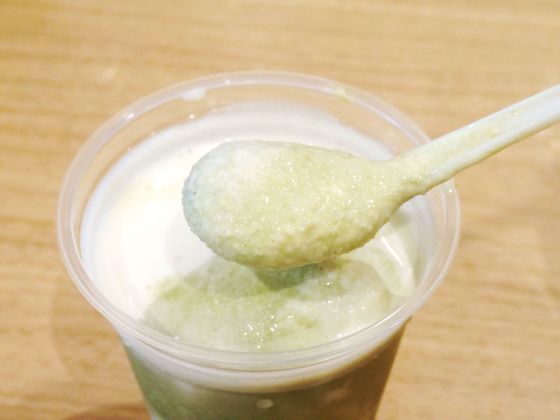