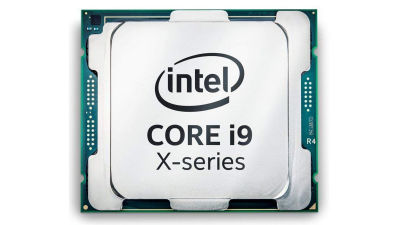 For CPUs of Intel and AMD, a thermal performance index called "TDP (Thermal Design Power)" is attached. By understanding the meaning of this TDP, it is possible to prevent the situation that "the CPU consumes more power than expected", and if it is possible to maximize the ability of the CPU, the PC information site Anandtech explains it.

Intel is guaranteed to operate at a specific frequency under the condition that all CPUs use genuine CPU cooler which differs depending on the model. Assuming that the thermal energy consumed by the processor is equal to the consumed power, TDP (Thermal Design Power) is almost synonymous with the maximum power consumption, and Anandtech says TDP also functions as an indicator of power consumption .

Depending on TDP Intel has changed the type of retail CPU cooler fan and heat sink. 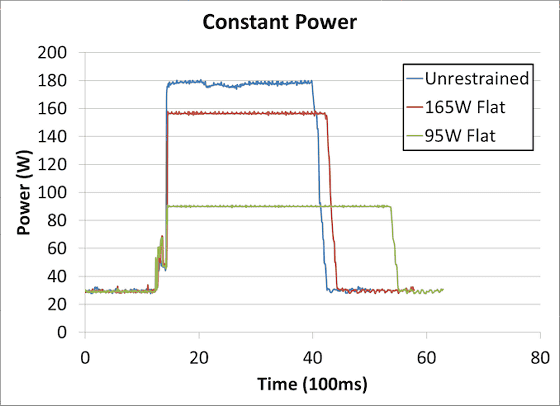 It is TDP which can generally be used as an index to estimate power consumption (heat generation), but it is necessary to pay attention that the value of TDP specified by Intel is based on the base clock (rated frequency). For example, in the case of Core i7-8700 with a base clock of 3.2 GHz and a turbo clock of 4.7 GHz, the default "TDP 65 W" is guaranteed to be 65 W or less when the CPU is operating at 3.2 GHz of the base clock doing. Note that in higher turbo mode turbo mode the power consumption increases and the calorific value increases so that beyond the limit of TDP 65 W will lower the frequency to fall within the power limit set by TDP and degrade performance Is required.

In addition, Anandtech points out that it is also important for Intel to define the power level inside the processor. In order to simplify the contents, Anandtech uses the three elements of "PL 1" with a low power level, "PL 2" indicating the short-term maximum power consumption, "Tau" at the time PL 2 can be maintained, I explain. Here, since PL1 is the steady state power consumption expected in the long term, if TDP is 80W, PL1 will be 80W. 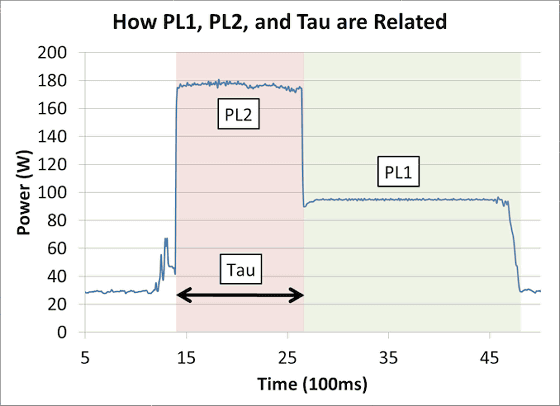 Information on PL1, PL2, Tau, etc. is information not shown on the Intel CPU's retail package. However, since Intel has published these elements in the CPU specifications, it seems that if you want to know the CPU activity more accurately, you should understand the specification information.

As mentioned above, the TDP setting itself can be changed by CPU control by the motherboard. And it is important that the recommended value specified by Intel is the value obtained by taking the margin in consideration of variations among products with Intel's retail CPU cooler used. In other words, if the cooling performance is high, it is also possible for the user to make settings that always use the PL 2 mode. 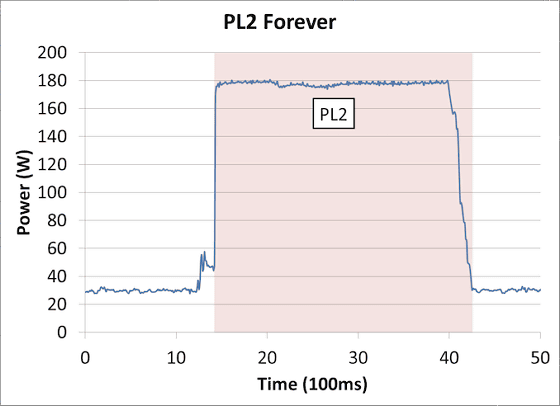 For motherboards using high-quality parts such as power phase, there are many examples of setting higher numerical values ​​than Intel's standard values, such as changing the CPU Tau to 30 seconds in the BIOS default state "Auto" mode is. Therefore, it is often that the performance is better when the CPU is mounted on the motherboard without making any special configuration changes than the Intel recommended setting. And it seems that benchmark tests in the standard state set by the motherboard makers are carried out in review articles of many sites. It seems that Anandtech is doing not only the recommended setting of Intel but also the state that only the CPU is attached to the motherboard because it is "the most common condition as the user uses".