What is the independent media 'Quillette' launched by journalists on blacklists of newspapers and magazines? 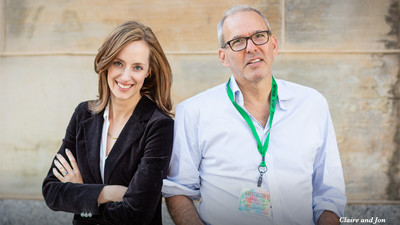 Australia's online magazine " Quillette " is a liberal news forum launched by Claire Lehmann and is known as a conservative medium to counter feminism such as # MeToo movement and leftist ideas such as anti-tramp movement . The reason why Mr. Lehmann launched Quillette is introduced in politico 's politico.com .

The Voice of the 'Intellectual Dark Web' - POLITICO Magazine
https://www.politico.com/magazine/story/2018/11/11/intellectual-dark-web-quillette-claire-lehmann-221917

When launching Quillette in 2015, Mr. Lehman was pregnant and was just about to give up her master's degree in psychology. She self-termed a feminist and emphasized "mother's vacation" and "policy focusing on the role of women as carers." Meanwhile, when I tried to criticize the "feminism" to be told in the general public in the newspaper, I was against the feminist's strong opposition, it was on the blacklist and it went to newspapers and magazines in Australia I can not contribute anything at all.

Therefore, Mr. Lerman launched Quillette with a catch phrase "Platform for Free Thought". As an academic repository of advanced psychology and sociology, Quillette provides space for scholars to freely publish ideas, among others. Quillette is managed by Mr. Lehmann, editor-in-chief, and three editors who work at home remotely, and income is income from Patreon , a cloud-funding platform rather than advertising revenue. 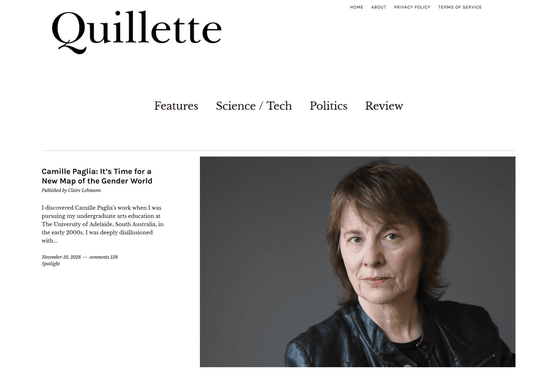 In August 2017, the Wall Street Journal generously reported that fake papers with no scientific basis were published in magazines. The content of the article is "to read Hitler 's" struggle "from the viewpoint of feminism", "analysis of rape culture from the analysis of dogs and owners found in the dog show", it is understood at first sight is absurd. A series of fake papers were actually mischiefs launched by friends of Mr. Lerman, but most people do not regard problems that meaningless papers are published in academic journals as serious research until they are reported It was. Mr. Lehman says that this "mischief" is a "statement" to make it clear whether the political academic community is functioning or not, how much the blinded ethical idea is only the upper side I am talking.

Mr. Lerman also dealt this case with Quillette and got a great response. While intellectual curiosity is strong, Quillette functions as a cozy place for readers and thinkers who are unfamiliar with unflexible political thought of universities and leftists.

Quillette publishes seven to ten articles every week, among them a theme that sexual difference reality and post colonial theory are treated particularly well. For example, in August 2017 in a Google incident in which "a woman is not suitable for coding" was circulated in the company ML, when I published an article defending Mr. James Damor who wrote a note, it made a great flame , It seems that the server has dropped due to some DDoS attack.

Mr. Lerman now has a lot of followers and is being emphasized in the form of a rapid advance in Australian speech, but Mr. Lehman himself does not think he is a journalist. Mr. Lerman, who recognizes himself as an outsider of various discussions deployed on Quillette, told his friend, "I am not very interested in politics", and I am telling myself as a "middleist" I am expressing.

Mr. Lehman admitted that he thought, "I thought it would be more oriented towards scientific discussion," and that Quillette has progressed in a direction different from what I first imagined. He also states that Quillette does not want to head towards "nationalism", "racist and aversion" perspective. Still she continues to operate Quillette because there is an idea that "scientific ideas should be respected, even if they are regarded as dangerous". 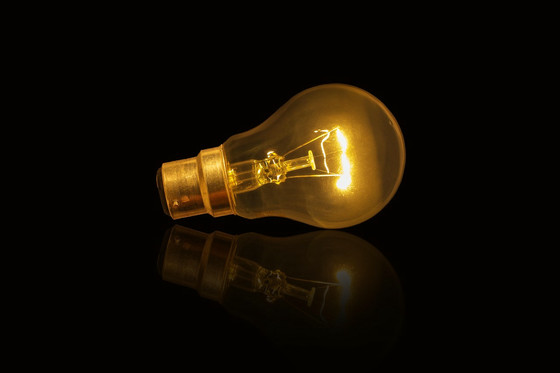 "Some people speak on the premise that I am extremely right, but that is a wrong expression.I am an Australian, so I accept a lot of things such as access to daily health care and abortion, and I have guns everywhere I do not have it, "he said. Because politico.com is Australian Mr. Lehmann, I do not feel emotional about American politics but I am evaluating that I can diagnose American "medical condition" more firmly. "The speech of Altana right wing is not the mainstream thought of Quillette and we just want to be opposed to people who are open, heart-calm and slightly changed, with advanced education," he said. I am talking.