Development of a titanium supersonic airliner flying at Mach 5 started, and if it is put into practical use, it can traverse the Atlantic in 90 minutes 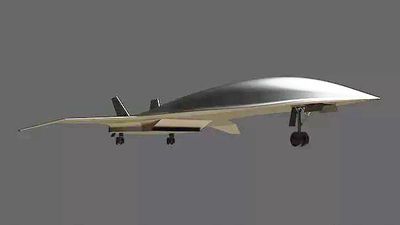 One of the psychological phenomenon Speaking of supersonic passenger aircraft '

Concorde effect ' that is also famous as the etymology of the word ' Concorde ' and of Chinese companies in development ' I plain ', 'aims to speed of sound travel at low cost Boom , etc.' There is. The start-up that has made a fresh start in the development competition for such supersonic passenger aircraft is 'Hermeus'.

Development of the sonic airliner Hermeus announced on May 13, 2019 that funding has been completed for the development of a passenger aircraft that flies at a speed five times faster than the velocity of sound. Hermeus conducted a test flight of an actual machine within the next five years, is that of the plans to start a commercial flight to prospect the after 8 to 10 years.

The name of this plane, which can travel up to 4,600 miles (approximately 7,400 kilometers) at speeds of 3,300 miles per hour (approximately 5,300 kilometers per hour) or more, has not been determined, but it will take about seven and a half hours in 2019 -It is possible to fly in 90 minutes which is only one fifth of the route between Paris. 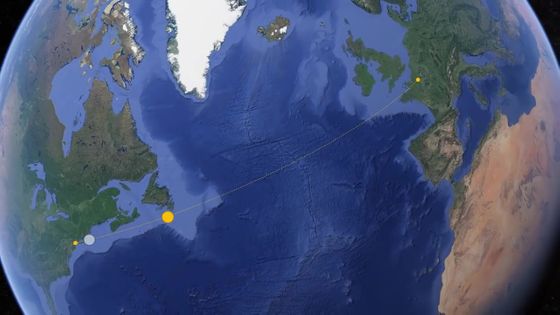 'It's possible with existing materials and technologies, not magic new technology,' said Skyler Schford, one of the founders of Hermeus. The body is made of titanium etc. The

engine is equipped with a combined cycle engine with a gas turbine engine as the main shaft.

The civilian supersonic airliner itself is not new. The Soviet Union's

Tupolev Tu-144 , who retired with only 102 flights due to poor fuel efficiency, and the Concorde, which finished its service three years after the crash that caused 113 deaths As the name has left in history. Under the circumstances, Mr. Schford has stated that there are two factors as to why the concept of supersonic airliners is reviving again. One is that with the rise of space development companies such as SpaceX, Blue Origin, Rocket Lab and Relativity , investors are confident that the aerospace industry will generate long-term profits. The other is that with the maturation of technology, it has become possible to design an aircraft with materials such as titanium that were once difficult to handle. 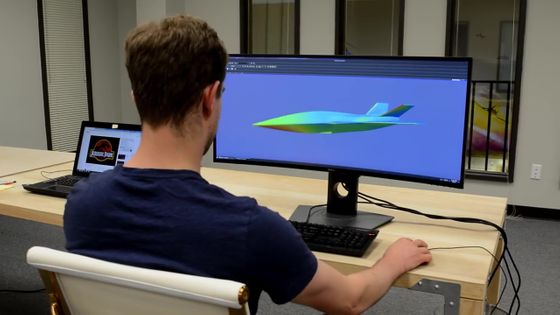 Also, Hermeus's attention is on the richness of its human resources. All four of the major founders, including Mr. Shufford, are former employees of Generation Orbit, who has a large track record of launching commercial rockets, and as an advisor to Blue Origin's former president Rob Meyerson and Lockheed Martin's Formerly Executive Vice President and General Manager of Top Secret Developments Skunk Works , including Rob Weiss and former US Geospatial Information Foundation CEO Keith Mosbach.

One of the advisors, Rob Meyerso, at the announcement on funding, 'The best members in the New Space area have gathered here, and now the Hermeus team is trying to reshape the supersonic industry's force map.' And the perspective of Hermeus.

The Hermeus team's profile and the passion for developing a supersonic airliner can be seen in the following movie: