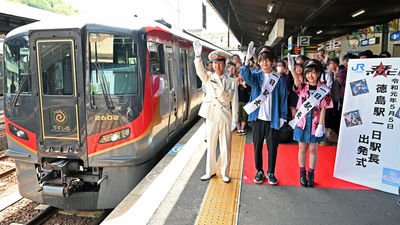 Machi Asobi vol.22 ' held from May 4th to 6th, 2019, he plays the main character, Tanjiro Kamado, in the TV anime ' Kimetsu no Yaiba ' which is being broadcast from April 2019. Natsuki Hanae and Akari Kito, who plays the role of Sumijiro's younger sister, Tanjiro Kamado, took office as the one-day station manager of JR Tokushima Station and held the departure ceremony for the limited express. 'May 5, 1st year of Reiwa, Tokushima station one day stationmaster departure ceremony'. It's the 5th day since the new era name, Reiwa, so Mr. Hanae and Mr. Kito may be the stationmasters for the first day in Reiwa. This one-day stationmaster event has been an annual event for Machi Asobi held in May since 2012. Mr. Hanae and Mr. Kito will be in charge of the station yard announcements alternately as the stationmaster for one day. We provided information on sightseeing trains of JR Shikoku. Hanae watching over Kito making the announcement. Customers watching over the situation. 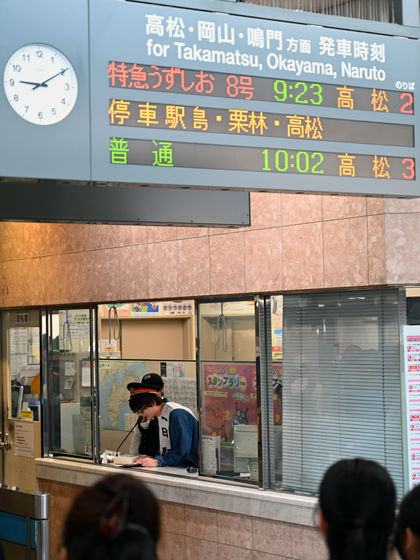 During the announcement by Mr. Hanae and Mr. Kito, the limited express Uzushio No. 8 was sent off at the departure ceremony. After the announcement, Hanae and Kito moved to the platform. He talked about the charms of Sumijiro and Kazumako, each of whom plays. Tokushima Machiasobi!
I served as the stationmaster for one day with Kito-chan!
Thank you for your warm welcome! After this, the Abema stage! #Machiasobi #Kimetsu no Yaiba pic.twitter.com/YuC0eYuTER