It is obvious that introducing the weekly three-day system improves stress relief &amp; productivity by 20%, and it can maintain a work amount that is unchanged from that of the two-day weekly system 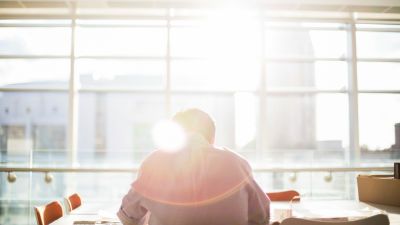 The weekly holidays system "Working 5 days in a week and resting 2 days" is one of the basic ways of working introduced all over the world, but because there are multiple evidences that the weekly holidays system is inefficient Research is being conducted all over the world to find new ways of working. Above all, attention has been raised in the weekly three-day system that "I work four days in a week and I will take three days off", and there was a report that the three-day system of weekly holidays produced a positive effect so far. And, according to the newly published research report, introducing a weekly three-day system not only leads to stress reduction of workers but also that it can maintain the total work amount which is the same as that of the two-day weekly system due to the improvement of productivity It is clear. The introduction of the three-day work weekly system and analysis of its effect were conducted by researchers from Perpetual Guardian, the University of Auckland, and the Auckland Institute of Technology in cooperation. In the survey, from the comparison with the survey data for Perpetual Guardian employees conducted in 2017, the introduction of the three-day weekly system introduced a score of positive items such as employee leadership, excitement degree, confidence, responsibility It has been confirmed that it increased. In particular, the increase in confidence level and responsibility feeling especially increased by introducing the weekly holiday three-day system.

At the same time, the employee's stress level fell from 45% to 38%. In addition, the work-life balance score rose from 54% to 78%. The term "work-life balance" refers to "harmony between work and life", which means that employees started to feel that work and life harmonized with the introduction of the three-day weekly work system It is.

Andrew Burns, founder of Perpetual Guardian, said, "More companies need to agree to this system to make the weekend three days successful, company managers introduce weekly three-day system We will be surprised by the changes in staff and communities that arise from doing. " In addition, the experiment introduction experiment of the weekly three day system conducted in Perpetual Guardian was carried out for 8 weeks from November 2018, and the work time of one week was shortened from 37.5 hours to 30 hours.

The results of this test are closely watched from employers and policy makers all over the world, and in fact, in UK, Welcome Trust of public interest trust organizations for the purpose of supporting medical research and so on are actually 800 employees headquarters staff and have a weekly three day system We are considering introducing it. The companies that are considering introducing the weekly three day system are the most in the UK, followed by Australia, the USA and Germany.

Why is the weekly three-day system in the UK attracting attention, in the UK, since the financial crisis, the average working hours are on an increasing trend and how much work time is shortened without lowering public services such as nursing and police Because discussion continues as to what can be done. In the UK, the Labor Party has asked another research institution to conduct a survey on the three-day weekly system, but early research achieved productivity improvement in occupations where business hours such as retailing are the core of work It was pointed out that it is difficult to do. Tammy Barker, branch manager of Perpetual Guardian, says, "From the employer's point of view, the biggest concern is that the introduction of a three-day work week leads to lower employee productivity. To make it easier, we made our own plans as to how we keep our employees as a whole and continue to improve productivity, "he said, adding that the improvement in productivity gained by introducing the three-day work weekly system is over It has revealed that it devised devises so as not to become sexual thing.

Mr. Barker also said, "By noticing the process of my work, thinking about what I am doing and what he is doing, I noticed that productivity got purely improved, while at the same time I was concentrating on my work I also noticed that I did not feel so stressful about my job because I got a lot of vacation to compensate for the increase in workload, "I felt that I participated in a three-day weekly work exam I am talking about.

According to Mr. Jarod Haar of Auckland Institute of Technology, the number of holidays increased due to the three-day weekly system, so that employees "time spent with parents", "time required to study", "to go out over the weekend It is said that we used additional holidays at the time to clean the house on Wednesday.

A Perpetual Guardian site manager says that "Weekly three-day system makes the team more creative" and it has made it possible to find solutions to work smoothly, which led to better customer service provision It is said that evaluation was obtained. Mr. Burns reports that employees have become happy, the team is stronger, better performing, working more satisfied with work, feeling that their work has a greater meaning, and the organization We are also receiving reports that the possibility of getting off is lowered by becoming more aggressive towards them, "he says about the changes that have occurred to employees through the introduction of the three-day weekly system.