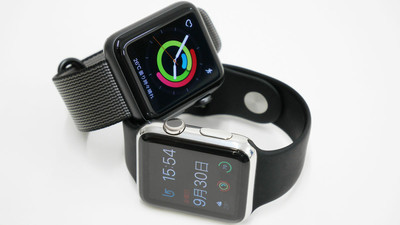 Primary Apple Watch for repair parts are missing, the document acknowledging the program to replace the Apple Watch Series 2 instead to repair the first model has been distributed from Apple, MacRumors has been reported is.

Repairs of Some Older Apple Watches May Qualify for Series 2 Replacement Due to Parts Shortage - MacRumors
https://www.macrumors.com/2019/01/28/42 mm-apple-watch-series-0-1-part-shortage/ This document is distributed to Apple and Apple service providers in the United States and other countries. MacRumors anticipates that the same document will also be sent to the Apple Store and the Apple Store official support counter Genius Bar will introduce exchange guidelines for Apple Watch Series 2.

However, according to MacRumors, this document does not mention whether 38 mm model will be covered or not, it is unclear whether there is a difference in correspondence between aluminum alloy case and stainless steel case.