As iPhone XR appeared, the number of transit users from Android increased, and the result of overturning the report that 'demand for expensive iPhone is low' 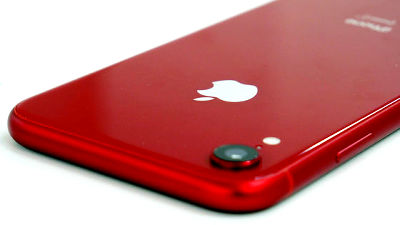 According to the latest report published by the investigative company Consumer Intelligence Research Partners (CIRP), the iPhone XR has acquired more switching users from Android than the 2017 model iPhone such as iPhone 8 and iPhone X in the first month after launch It has become clear that it was.

iPhone XR launch attracted more Android switchers in the US than the iPhone 8 & iPhone X
https://appleinsider.com/articles/18/12/26/iphone-xr-launch-attracted-more-android-switchers-in-the-us 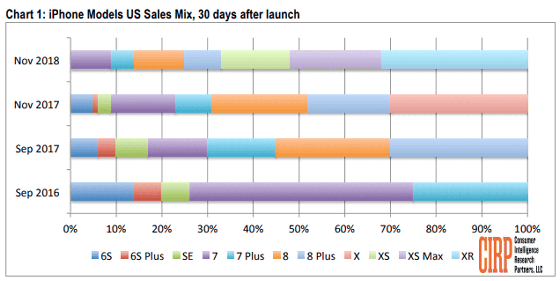 Mike Levin, co-founder of CIRP, said in a report, "The report showed that iPhone XR is now serving to attract Android users, and of course, We do not clearly state the release strategy, but based on price and function, we can infer that Apple is positioning iPhone XR as a terminal to appeal to "those considering switching from Android" I write it ".

IPhone pricing for Android users has long been an important issue. CIRP has analyzed that Apple has positioned iPhone SE as a "terminal targeting users who transfer from Android". iPhone SE is the cheapest model as iPhone, but as of December 2018 it has been discontinued, so there are not so many users trying to purchase new. CIRP estimates from survey data whether the new terminal aiming at this layer is iPhone XR. 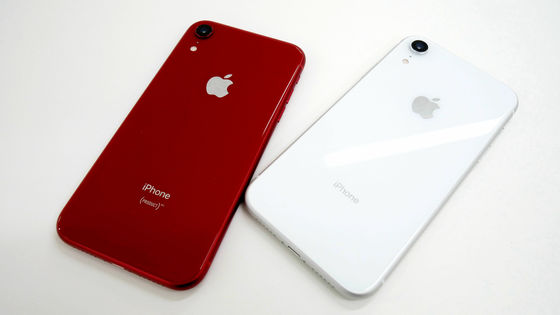 At the time of release, it was reported that " iPhone X finished in 1 year ", etc. It was reported that the sale of iPhone X which is too expensive is not good. Likewise, the iPhone XR reported that demand is decreasing . However, considering that the new iPhone 3 model equipped with Face ID released in 2018 occupies more than 65% of the whole iPhone, and these are being sold at the same time as iPhone 7 and iPhone 8 which were greatly discounted , Media coverage saying "iPhone purchasers are seeking cheaper iPhones" is quite outrageous, even users switching from Android are willing to purchase more expensive iPhones, said AppleInsider , a news site He wrote.

According to a graph that summarizes the results of questioning smartphone users, "Why do you want to continue to purchase the smartphone brand you are currently using?" Tweeted by data analyst Horace Dediu, according to the graph of Apple's iPhone Samsung (53%) and Huawei (53%) have thought that a majority of Android makers wish to use this brand smartphone while 70% of users are thinking to keep using it. 54%), and it is possible that more Android users will switch to iPhone XR in the future.


Reading across the top line is shocking. Pic.twitter.com/TSFZnABjrA