It just appeared in the fall of 2017iPhone XThe research firm Rosenblatt Securities announced the prediction that the production will end even in the latter half of 2018 with production volume in mind and it became a hot topic. Following this, Mr. Minchi Kuo, an analyst at KGI Securities, who is known for running reliable leak information, also predicts that "Apple will end production of iPhone X in the second half of 2018" .

KGI: iPhone X to be discontinued when Apple brings Plus-sized OLED model to the mix
http://www.idownloadblog.com/2018/01/22/kgi-iphone-x-to-be-discontinued/

"iPhone X" is the premium model that appeared at the memorable timing when it came 10th anniversary since the iPhone appeared. Initially, Apple 's Tim Cook CEO said that demand for iPhone X worldwide is more than imagined, its momentum is "A butterfly"I gained a good reputation to say that it is" However, it is predicted that the production volume will be narrowed in the latter half of 2018, assuming that the selling price is a price range that is not readily available for smartphones that exceeds 110,000 yen and the production cost is too high. In addition, depending on the lineup of the new model in 2018, it was said that sales would go away in one year.

Production of iPhone X ended in the second half of 2018, and the possibility that Apple will make a complete transition to the new iPhone emerged - GIGAZINE 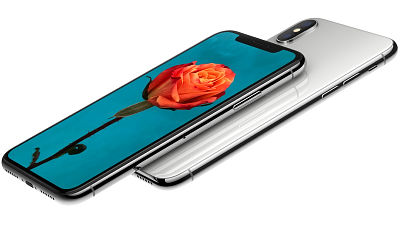 Meanwhile, Min Kee and Kuo of KGI Securities forecast that Apple will finish production of iPhone X in 2018, and the termination of iPhone X is getting real. Until now Apple has been producing the old model iPhone even when a new iPhone appeared and has offered iPhone for a wide range of people by selling those models at a lower price than at the outset. However, when Apple ceases production of iPhone X at the end of January 2018, it will not be possible to keep delivering the iPhone X's selling price as it is until now.

Does iPhone in 2018 appear as inexpensive terminals with the same bezelless design as "iPhone X"? - GIGAZINE 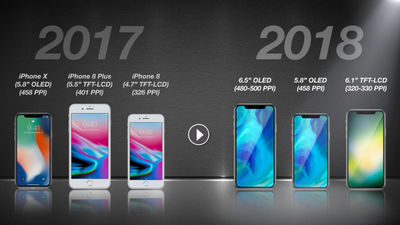 After these new models have appeared, if you decide to lower sales prices and continue selling iPhone X, it is considered that it will greatly affect the sales of the three new models, so it is predicted that iPhone X will end production That's why.

Specifically, Mr. Quo says, "If iPhone X continues to be sold at a low price even after a new model of 2018 was released, iPhone X will definitely get in the way of the new lineup If you lower the price of iPhone X after the release of the 2018 model, the high price model (which will appear in 2018) is characterized by 3D sensing technology and organic EL display, so it has a negative impact on its value Furthermore, selling iPhone X at a low price may have an adverse effect on the iPhone with a new 6.1-inch liquid crystal display that will appear in the second half of 2018. " In anticipation of bargaining, "I'm predicting that you are about to exit iPhone X?"

In addition, according to Kuo's forecast, the lineup of the iPhone series in 2018 will be as follows.