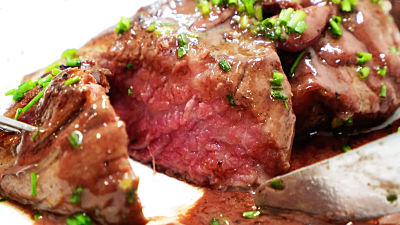 For the lesson of Harvard's " Science & Cooking ", a tool " Cook My Meat " which graphically shows the optimum way to bake meat developed by Mr. Kate Roe, Laura Breiman and Marissa Stephens of Massachusetts Institute of Technology It is open to the public. Entering the meat burning method and meat thickness, such as "When baking one by one," "When turning up every 15 seconds" and so on will give you a clear idea of how long fire will pass through to the meat in a matter of minutes, must-see steaks It has become a tool.

The top page looks something like this. There are parts that you can change recipes and numbers on the left side of the screen. 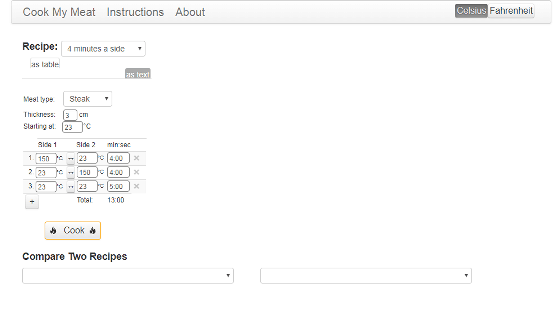 In the default condition, the recipe was "baking on one side 4 minutes" style, the type of meat was "steak", the thickness was 3 cm, the cooking start temperature was set at 23 degrees. The way of baking is displayed in three stages, the first stage is baked for 4 minutes with "Side 1" 150 degrees, the "Side 2" 23 degrees, the second step is the same baking method as the first step on the other side It is baked with, and finally it has been preheated for 5 minutes. 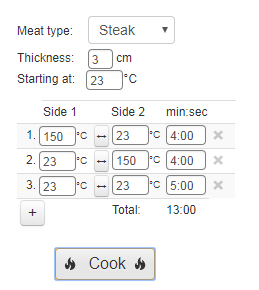 When you press "Cook" in this state, Juwa ~! The sound will sound and the graph will be displayed on the top right. 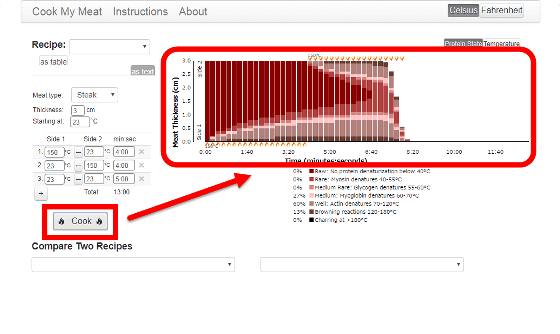 After a few seconds, the graph was displayed completely. 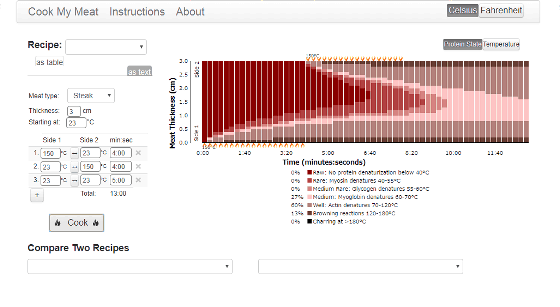 The graph shows that Side 1 is on fire for the first 4 minutes and Side 2 is on fire for the next 4 minutes. The color of the graph shows the degree of burning, you can see that browning reactions occurred several millimeters from the surface of Side 1 in the first 4 minutes, medium rare about 1 cm from the surface, and so on. After baking Side 2, it looks like finish baked good just after preheated cooking, finally the middle of the steak became medium. 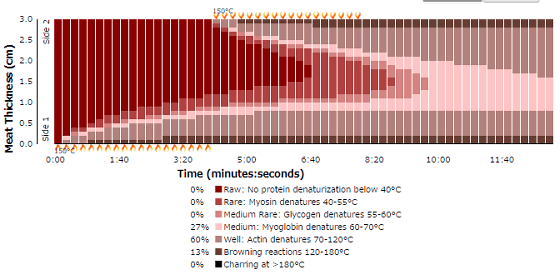 Touching the graph shows the state of the meat in the touched part.

In addition to "one side 4 minutes", the recipe was chosen to "turn over every 15 seconds", "bake the surface only, then bass cook", " vacuum cooking and liquid nitrogen cooking" "my way". 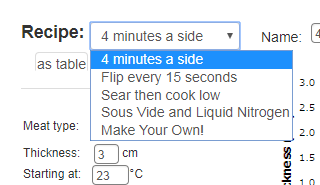 "Bake only the surface after bass cooking" is a method of heating with steam in a frying pan first and then heating in an oven or the like. Therefore, in the third stage, Side 1 and Side 2 are heated at 110 ° C for 2 minutes and 30 seconds at the same time. 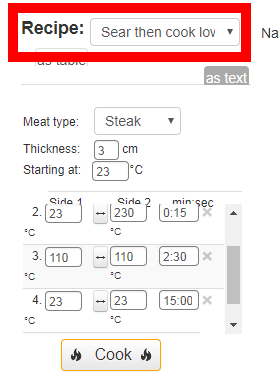 Vacuum cooking also reviewed several times even at GIGAZINE, cooking method to finish without destroying nutrients vulnerable to heating by low temperature cooking. Liquid nitrogen cooking seems to be a soft meat which keeps the surface crisp and leaves moisture inside by frying the meat with liquid nitrogen and then frying it. 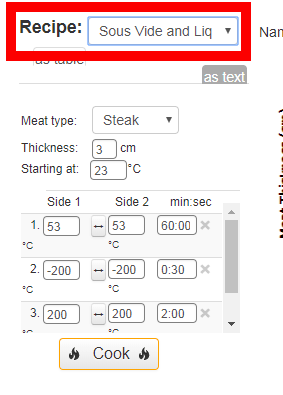 In addition, tuna and turkey could be selected for meat type besides steak. 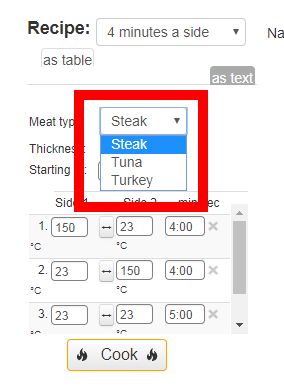 I tried changing the numerical values in various ways. For example, if the thickness of meat is 1.5 cm, if it is the same way to bake meat of 3 cm, it will almost be in Welldon's state already when you finish baking one side. 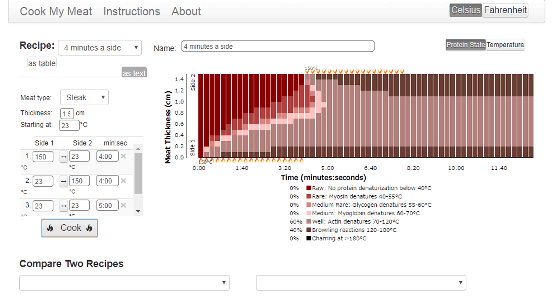 As for the meat of 1.5 cm in case of changing the cooking time while keeping the temperature etc. as it is, if one side is baked at 150 degrees every 50 seconds and then rested for about 1 minute it will be in the medium rare & medium state steak It seems to be. Entering the thickness of meat purchased on that day will show you the best way to bake, so it's pretty handy to like steak. 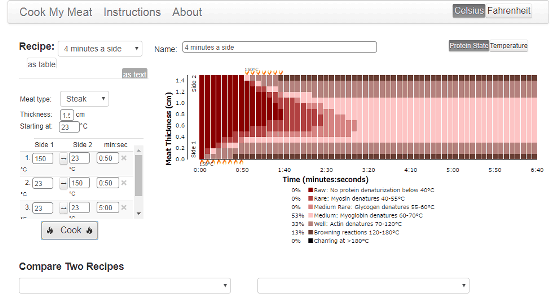 You can also compare two recipes at the bottom of the site. 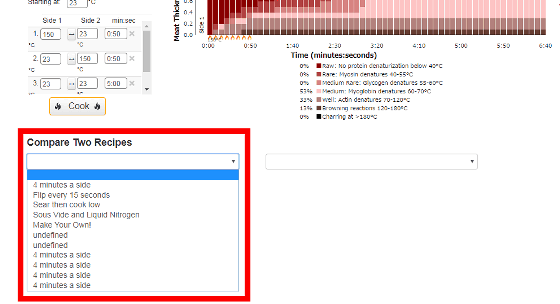 Comparing the finish of how to bake for 4 minutes each time with the person who baked one by one every 15 seconds, it is like this. It seems that 15 seconds on each side draws a beautiful gradation that is balanced and burns.