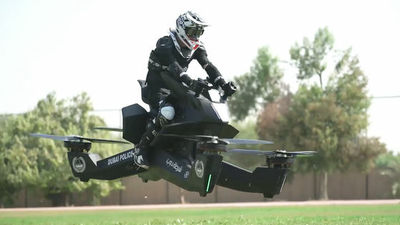 Speaking of Dubai , it is known as one of the world's foremost financial sources, and the Dubai Police Department also actively incorporates the latest technologies such as introducing a "drone mounted automatic driving patrol". Although the Dubai police that had been reported to introduce "hover bikes flying in the sky", it has been reported that the introduction has actually begun, and it has been revealed that training has already been conducted for police officers It is.

Brigadier General Khalid Nasser Alrazooqi, who is the department head of the Dubai Police Department's Artificial Intelligence Division, explains that the hover bike is a unit for reaching places where it is difficult to access such as by cars. "We are already training two hover bike pilots, and we plan to gradually increase the number of pilots in the future," he said that he will be entering the battle for a hover bike with the aim of 2020.

Below is the movie that Dubai police pilot has released S3 2019 Hoverbike pilot training, which Hoversurf released in October 2018.


A wide ground, S3 2019 Hoverbike has one pilot straddling. A total of four propellers start rotating, two in front and one behind ... ... 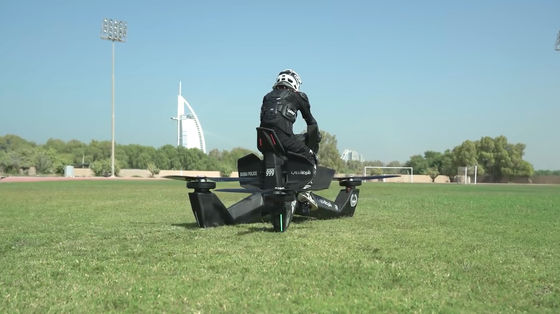 Hover bike floated perpendicularly and vertically. You can see that the lawn on the ground is swaying by the wind. 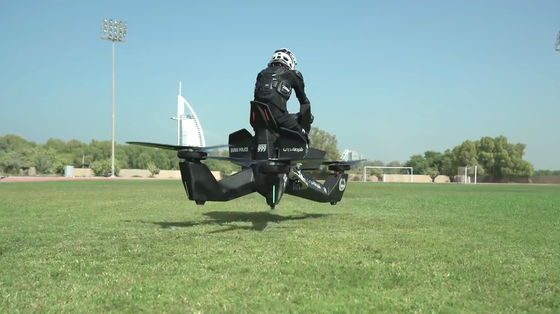 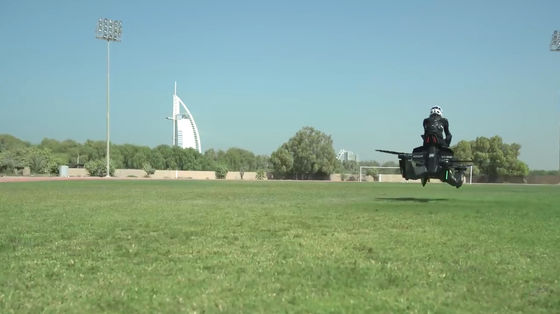 When it comes to the point of view of a motorcycle, the shadow is clearly falling on the lawn. A pilot who is lecturing lecturers. I wear a protector like a bike rider wears. 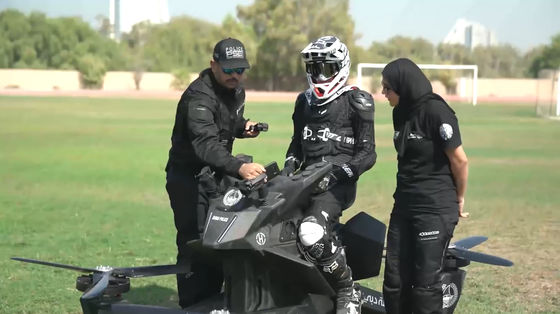 It sounds like a scene in science fiction movie. 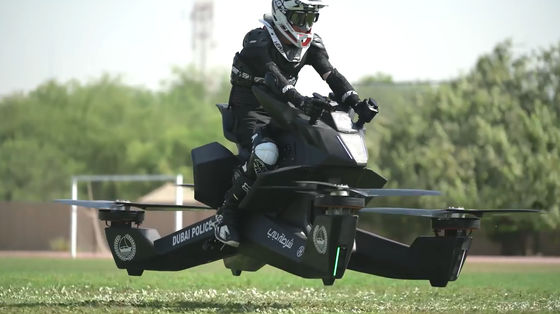 It is in a forward tilted posture while accelerating, when the brake is applied, the whole will tilt backward. 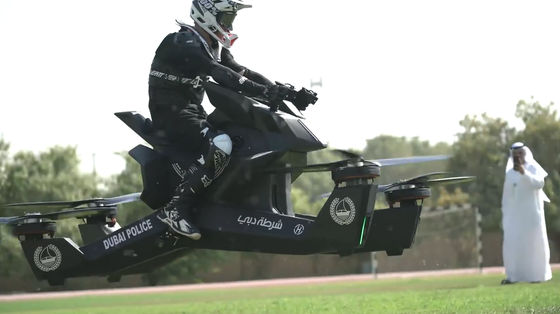 According to the official page of Hoversurf, the safety altitude of the S3 2019 Hoverbike is up to 5 meters, although the appearance of the movie rising to a height of 1 meter or more is not grasped. 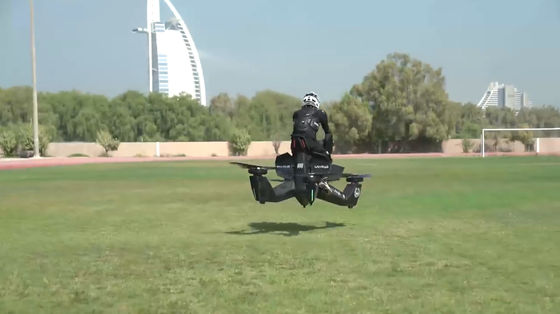 In addition, S3 2019 Hoverbike is sold for $ 150,000 (about 1.7 million yen), and it is possible to obtain it even if it is not related persons such as Dubai police in a few months after ordering. Segura-Conn says that for the sale of S3 2019 Hoverbike, the buyer investigates whether the new technology installed in the hover bike is a secret, and if not reliable, it may not sell.

S3 2019 The maximum speed of Hoverbike exceeds 70 km / h, and the Dubai police are using it for tracking suspects and patrolling tourist spots. Meanwhile, "It is a very limited application that hover bikes can be active," and the flight time at present is only about 10 to 25 minutes because of the battery problem. However, due to the development of battery technology in the future or the development of efficient propulsion technology, there is the possibility that the flight time may be drastically increased. Hoversurf already said it is working on the development of a new propulsion system.