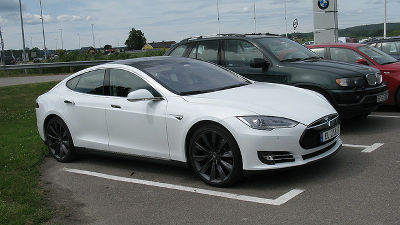 In Tesla's EV "Model S" and "Model X", you can use the " Summon " function that allows you to put in and out of a garage using a smartphone. People who invented a technique to misuse this function (?) And cheat a parking lot with time limit though remote control operation via the net can move the car slowly back and forth from a remote place It appeared.

Summon is a function whose name is the English word 'summon' meaning 'calling', you can put in and out of the garage by operating the application installed on the smartphone. In Japan, the function was released and available for use in May 2016, and I went to GIGAZINE for interviews and photographed the situation at the presentation at that time. 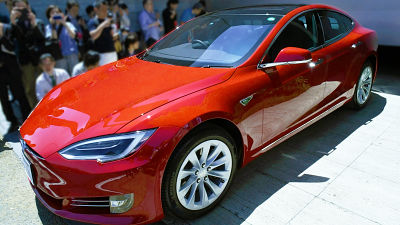 Actually using a smartphone to move Tesla Model S like "radio control" in the following movie.


Although it is a convenient summon when the parking area is narrow, a person who has created a technique that exploits the ability to operate via the net and escapes the parking violation has released that state.


I was not sure when I would use this feature ... till today. @Elonmusk @tesla pic.twitter.com/bC6rFt2SuW


In the city of the contributor, the rule of the street parking was changed, and when it stopped for more than two hours in the same frame, it was decided that the parking breaking kip was cut. On the shoulder, the black model S of the car is stopped but it is about to reach the time limit soon. 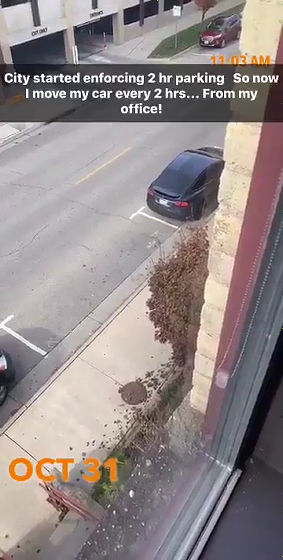 Therefore, the contributor manipulates the model S which is a favorite car with the summon, and makes it back with the thrusul .... 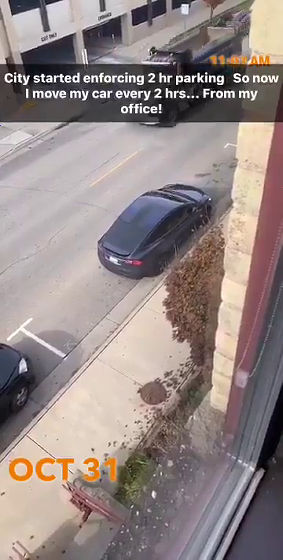 I moved it to the pace behind as it is. "Because the place has changed, it's two hours extra". 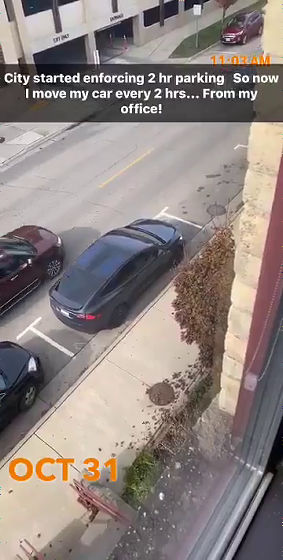 Whether it should be smart or not, whether malignant work should work or not, surprising how to use Samon was born like this way. This operation should surely be an act of conflict with the Japanese Road Traffic Act first. Please note that GIGAZINE can not take responsibility even if it is practiced and cleared.