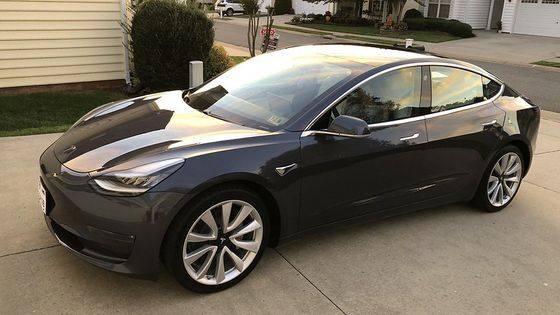 The rear-view mirrors of Tesla's EV cars ' Model 3 ' and ' Model Y ' are equipped with cameras that can take pictures of the inside of the car. New research reveals that the camera, which was inactive at the time of the Model 3 and Model Y releases, was designed to detect 'driver behavior.'

In recent years, it is not uncommon for cars to be equipped with a camera outside the car so that the position of the driver's blind spot can be checked on the monitor inside the car, but the in-vehicle camera installed in the rearview mirror of Model 3 and Model Y can capture the inside of the car. It is arranged. From the beginning, this camera has been in the spotlight, and it was speculated that it could be used when deploying Level 3 or higher autonomous driving and ride-sharing services. 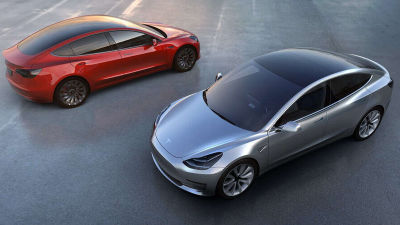 In April 2020, CEO Elon Musk sent a positive reply on Twitter to the speculation that it might be used to support the unmanned taxi business with fully autonomous vehicles. It was.

Tesla's in-car camera, which has been unused for nearly three years since its release, has finally begun to be used with the June 2020 update. In the release notes, Tesla said, 'Help Tesla continue to develop safer cars by sharing camera data from your car. With this update, the built-in cabin above the back mirror You can enable the camera. When you enable the camera, Tesla will automatically take images and short video clips just before a collision or dangerous event, allowing engineers to develop future safety and enhancements. I will do it, 'he said, claiming that the camera can help improve the accident prevention function. Also, for privacy protection, images and videos taken with the camera cannot be linked to a specific driver.

It is not only Tesla that is trying to monitor the driver, but General Motors ' driving support system ' Supercruise ' has already detected whether the driver's line of sight is directed forward. It has been pointed out that Tesla's monitoring of the behavior of drivers using the autonomous driving function will further enhance the safety of autonomous driving.