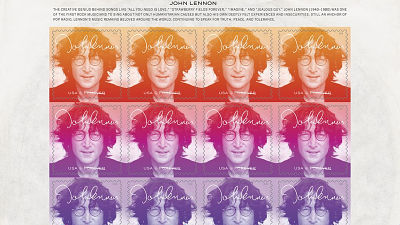 Little is known that John Lennon, who has kept the masterpieces of the Beatles alongside Paul McCartney, was collecting postage stamps far before he joined the Beatles. A stamp album stocked by a ten-year old John boy is on display at the National Postal Museum in the United States.

Before He Was a Musician, John Lennon Was a Philatelist | At the Smithsonian | Smithsonian
https://www.smithsonianmag.com/smithsonian-institution/he-was-musician-john-lennon-was-philatelist-180970391/

John began collecting stamps that his brother Stanley Parks was the beginning of showing stamp albums to John. It seems that this stamp album "MERCURY" touched John's heart chord. In the part of "looking back" that opened the cover of the album, the sign of Stanley that John had erased from the top, the sign of John boy who became a new owner, and the parents "Mimi aim" who is raising parents The address "251 Menlove Ave, Woolton, Liverpool" of the house where I lived is written. "565" actually matches the number of stamps left in this album and the lowest "657" is probably seen as the number collected before Stanley gave to John. 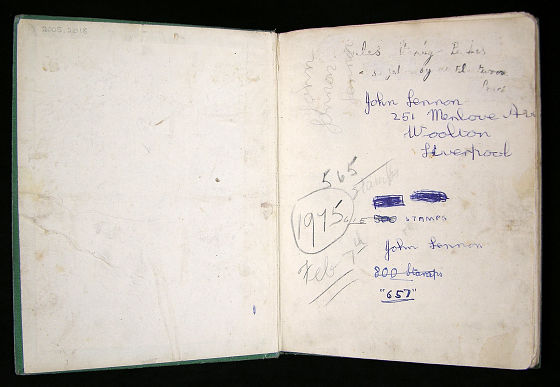 Speaking of John's sign, many people think of this type of thing. However, indeed it seems that John, 10 years old, did not have a signaturelike sign.

Two-shot of Stanley (left) and John (right) when I gave the album. In the "door" part, it is written that it is the sixth version of MERCURY, but in the part of the stamp of Queen Victoria and King George V of the sample printed as a sample, a beard is drawn with a pen It is understood that it is done. As soon as John's talent started opening at this point ... ... maybe. The album consists of styles that collect stamps for each country in which they were issued. The first thing that comes first is "Great Britain (UK)". 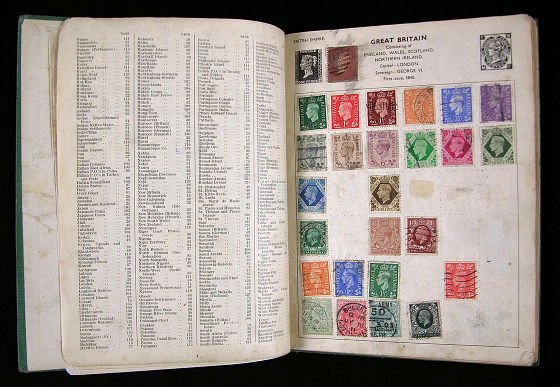 As I thought it was my home country as well, the collection is the most popular in this album. Canada is fairly fulfilling, too. America is also quite satisfactory. The stamp album left by John is published in the National Postal Museum in Washington DC until February 3, 2019.

In addition, in 2018 the United States Postal Service issued a special design stamp designed by John's face. About 40 years after being snatched in front of the Dakota House in New York in 1980, John seems to have acquired no more honor for stamp maniacs that "my face becomes a stamp design".