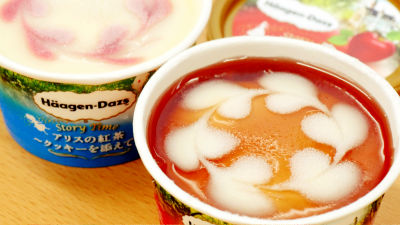 "What kind of taste would be if the world of the story that became infant when it was young became ice cream?", A new ice cream inspired by two works of "Alice in Wonderland" and "Snow White" from Haagen Dazs appeared doing. Unlike usual Haagen Dazs, it was a difficult item to imagine the appearance and taste from the package, so I bought it "I have no choice but to eat!" Immediately.

From the left "Alice 's tea - with cookie ~" and "Snow White' s apple - with custard ~". It is a package that imagined a fairy tale with a slightly different atmosphere than usual Haagen Dazs. When opening the lid, a pink heart pattern was drawn on a white background on the surface of the ice cream. 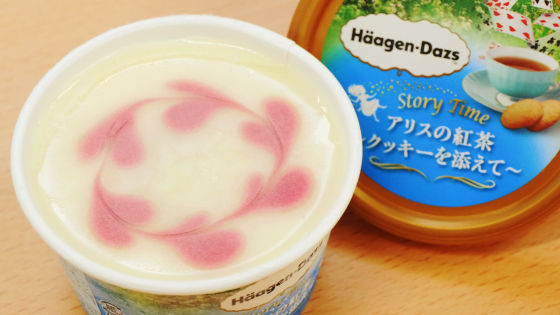 The pink heart is a cassis chocolate. It is decorated above the milk sauce. 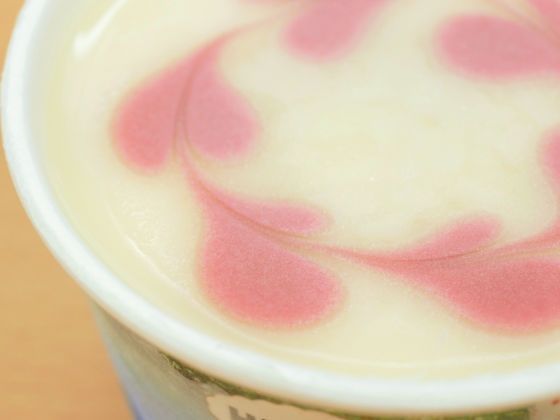 As soon as I got out of the refrigerator, the milk sauce was in a hard state, so I tried putting a spoon after a while. When eating, the fragrance of Darjeeling like a flower goes through his nose and sniffs, and the sweetness of the milk sauce helps richness. 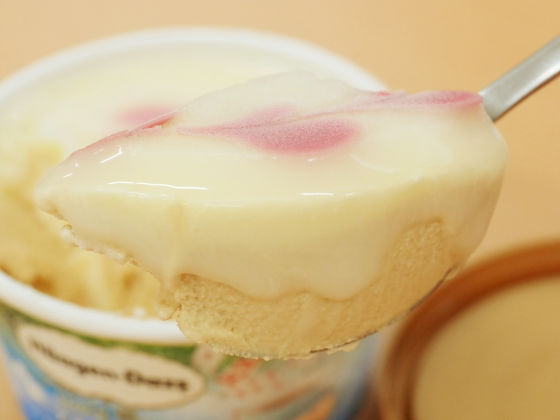 It is difficult to feel the presence of Mascarpone cheese alone as the scent of Darjeeling is strong, but the mouthfeel and saltiness of butter cookie were a good accent. The part surrounded by a red frame is butter cookie. 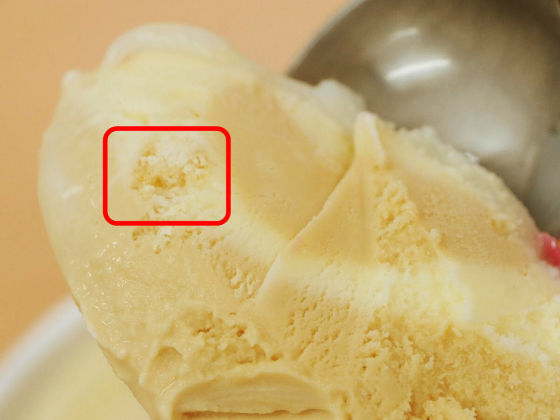 Milk sauce melts and it feels like condensed milk. Cassis' chocolate had plus a little acidity and aroma. 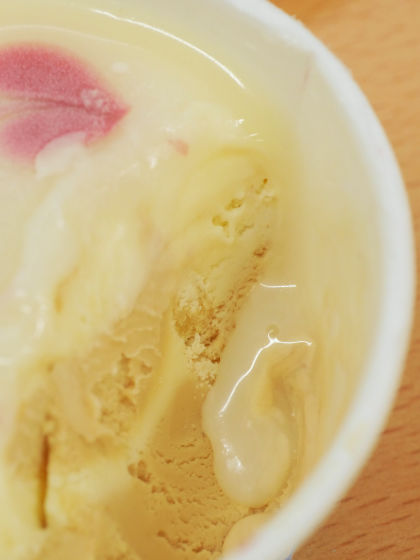 When you open the lid, the heart is drawn in white with a brilliant red sauce. This sauce seems to be an apple sauce with pomegranate juice. 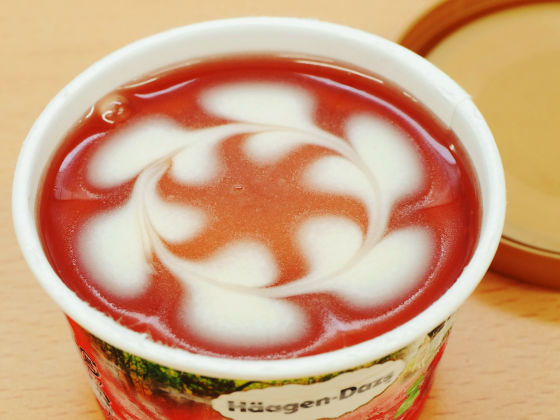 Also when I put it in the mouth where the sauce melted properly, "Alice 's tea" pushed out the sweetness that it was relaxed, while sweet and sour finish. As the custard ice cream is gentle sweetness, it was feeling that the apple sauce is tightening the whole. 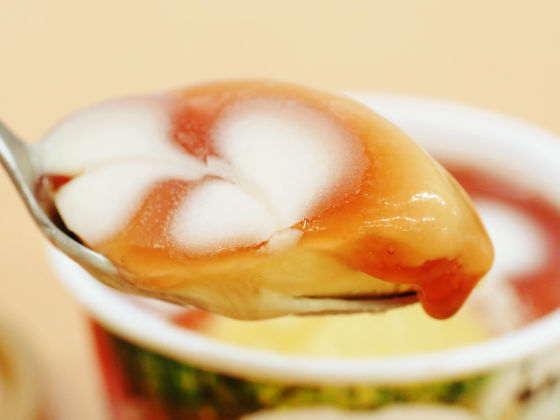 The flesh of sweet and sour apples in the ice creates a sharp texture, as if it is as if you are eating an apple pie. 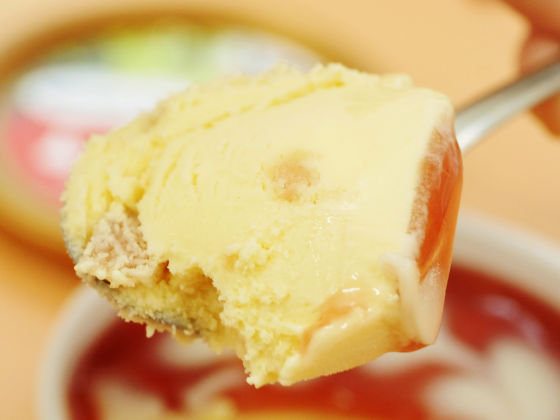