Even just staying up all night, the human body has adverse effects such as increased fat and muscle mass reduction 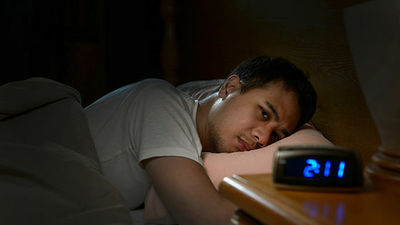 It is known that when sleep deprivation continues chronically, adverse effects such as " memory loss decreases " and " immune function declines " is known, but if sleep is insufficient for about a day, "If you sleep soundly on holiday it's okay There are many people who think that " Is not it? " However, it turned out that physical harmful effects such as "weight gain and muscle reduction" occurred all night on a single day.

Jonathan Cedernas , a researcher at Northwestern University , is investigating what is going on in the body of a person who did not sleep all day. Mr. Cedernas gathered 15 healthy male subjects, average age 22 years old, who did not smoke cigarette but received drug treatment at Uppsala University 's institute in Sweden and conducted an experiment.

Men who became subjects usually said they had taken 7 to 9 hours of sleep. The research team of Mr. Cedernas et al. Made activities freely with the subjects sitting, but do not do intensive exercise other than a regular walk, restrict the behavior so as not to excessively accumulate fatigue did. And on the evening of the first day of the experiment, we gave all the subjects a sleep of about 8.5 hours as usual, and collected the subjects' blood and body tissue samples after getting up.

Subsequently, on the second day of the experiment, the research team continued to do not exercise violent exercise for the subjects, but he said he tried to eat three meals. On the evening of the second day, the subjects were divided into groups that had normal sleep as well as the previous day and groups that had to stay up all night. Overnight group was lying on the bed as if sleeping, was forced to stay up all night by being exposed to strong light, and the next morning, samples were taken from the subjects of both groups. A couple of weeks later, the same team was gathered again and the research team conducted the experiment again, and the group that got normal sleep on the night of the second day in the first experiment stayed up all night this time and the group that stayed up last night He said that he slept normally as usual. 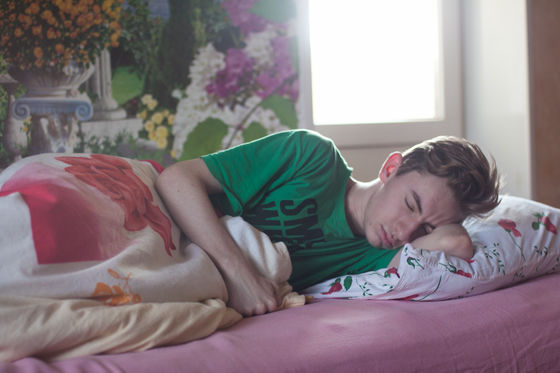 When the research team analyzed fat and muscle tissue collected from subjects, the protein level of the cells collected from subjects changed all night after night and the expression of the gene in the cells was different from that of the subject who took normal sleep Was seen. According to Mr. Cedernas, changes in cells that occurred overnight promote destruction of skeletal muscle compared to normal sleeping cells, which leads to increased body fat accumulation about.

In addition, even myself lost the ability of muscle cells to turn blood sugar into energy even overnight in a single day, "If the sleep deprivation continues, the ability of a person to control the blood sugar level decreases and if it tends to become diabetic There seems to have been obtained insight that "Is not there?" Meanwhile, Mr. Cedernas said that it is not yet clear as to how much the sleep disorder affects fat and muscle at what speed, and how the influence of chronic sleep deprivation will be affected.

Mr. Cedernas said that there was a big change in the value of cortisol , a hormone involved in blood sugar levels , and testosterone , growth hormone. The change of these hormones is also related to the change of the circadian rhythm of humans. Mr. Cedernas said "Changes in hormone values ​​related to circadian rhythm are caused by people who tend to have disturbed sleep or sleeping rhythms I am thinking that it makes the body thicker and reduces muscle mass. " Neuroscientist Frank Shhere praised the study as "providing insight into the effects of sleep deprivation on muscle mass and fat" while subjects are confined to young white men only Since it is a small scale experiment, it is important to further expand the number and range of subjects in the future.