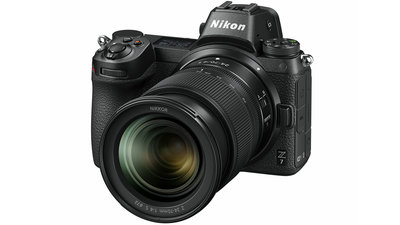 Nikon announced full size mirrorless camera " Nikon Z7 " " Nikon Z6 ". Mirror-less cameras are not the first for Nikon, but the features of Z7 · Z6 adopt new mount "Nikon Z mount system" of large diameter in view of full size mirrorless. If you use "Mount Adapter FTZ" simultaneous release, you can also use the conventional F mount lens. In addition, Z7 is scheduled to be released late September 2018, the direct sales price is only 437,400 yen including tax . Z6 is scheduled to be released in November 2018, the direct sales price is 270 2700 yen including tax only with body.

Why is it difficult to memorize "color"? - GIGAZINE


When I went to a convenience store in the evening and saw a vending machine on my way home, I thought that the heart was going to be stuck with a decky moy, but if you look closely it was an affordable seal ...! pic.twitter.com/ophuDr4QDF


When standing I got a face in between my crotch and I can not beat her daughter pic.twitter.com/3P2al06dXL


As a result of thoroughly studying how easy it is to eat yakisoba while playing the game, I came to wrapping it with raw leaves of spring roll. Genius is here pic.twitter.com/TKPC6j2FUh


The other world seems to be cloud pic.twitter.com/NHhw6B3J8F


All this is Ramesses II, in the middle of it Ramesses II is lined up, and in the temple for the next wife there is also some unclear self-revealed desire to sandwich two wives by four Ramesses II Pretend self like self-approval desire Gar or not when you are laughing, make a temple # Egyptian adventure pic.twitter.com/6HCaHPqWnF


Originally made into the site of a byte destination Super duplicator became fond of pic.twitter.com/QUgfkxdfTn


"I was able to afford to air sky after watching small legs" pic.twitter.com/LFgwryqQ69

One person arrested for drunk driving and driving in two cars in Starbucks: Asahi Shimbun Digital


New work was added to that work which was said "Never again" at Nishi Umeda station pic.twitter.com/enH95qvUEE


I am a fisherman.
Empty cans may get caught on the net when fishing.
Depending on the material of the can, the net broke or injured his hand.
The fisherman is very troubled with a can which was abandoned abandoned. Think consciously if you throw it away in the garbage can or take it back, it will be saved.
It will be a great force if everyone runs normally. pic.twitter.com/SbiNhEnzH 2


Natsume Soseki's I am finding it during the cleaning at my parents house is a cat. Book of the Meiji Period. The middle volume in the middle and lower volume was the first edition book. Foil press of gold is very beautiful, and above all, the typeface of the title is coming. Now please look at the good old days that will not see the eyes of the day. pic.twitter.com/YgJVl0rqLw


I have never been angry even if I was being touched. Do not worry about Mr. Shinichi Sho, "Do not worry about being stolen, because the person who stole it ends with it, people who wrote the origin can write as much as you know" because he knows the word.
By the way, there were things I made Watanabe Hiroshi Niihara for a work I do not remember at the site of the TV station. When I thank you I was erased. pic.twitter.com/athq9S5Th3


Recently I am addicted to making images of the universe. https://t.co/6dILlpHT9x


By the sea in Akita city there was a muscular frog statue that is going to pose. pic.twitter.com/ENL0oDfXxF


Current work environment I can not progress the manuscript at all pic.twitter.com/Mz8iwNrmkB


I bought a toy of a toy for a girls ~ When opening it a puzzle of a mysterious mystery comes in and when it washes it appears a real figure (a dog or a cat or a rabbit) so remove it with the attached comb tooth Or turning a ribbon and a collar makes me transform into a cute plush toys of fluffy but it is really cute pic.twitter.com/twnnxnjJb3


Why is red - blessing famous for being not very tasty? : Breaking Dishes

News Up "I am OK" That is normality bias | NHK News

As I travel to Tokyo with my boyfriend, I suppose that I will walk a lot and I went sneakers and my boyfriend wanted me to wear a heal ... and what did she do? - Togetter

CNN.co.jp: Australia, China Huawei is shut out from 5G

President of the business "Because the company's performance is bad, I will lay off all the technical departments of the cost department! Why can not I change jobs so I will forgive you if I cry ..." # I really had IT scary talks to a good result - Togetter

Otoko otaku, I should pay special attention to pic.twitter.com/HjHovrGGXX


Why should it be somewhat useful, should I help you a little, Cthulhu mythology pic.twitter.com/OCcPAIny1s


By processing the photograph of the factory photographed at night into green and inserting the FF 7 logo, it turned out that any factory could become a magic furnace. pic.twitter.com/cSWmI4Xetu


I will give presents to those who are following the heat and the heat of the liquid tab.
"Mega Golf Summer Snow Series" pic.twitter.com/ggXzNv 9 kp


We also made gif animation. This time it is a little longer loop.
It is that scene from [Mourning 120: Mote or launch], even if Utopia seasoned meat delicately, it will be transferred to this dish.
Why are you choosing a situation I'm eating something .... # We Mote pic.twitter.com/dcmCBNYJ 5X


Since I often draw with zooming when I draw digital comic books, I was always in the same state as drawing a huge size manuscript.
I digitally grab a line that I can draw in analog and repeat the undo with zooming and then repeating undo ... ... It is painful to draw cartoons ... pic.twitter.com/aZn8ntmOum


Not suitable for clerks at convenience stores roar pic.twitter.com/0pG1vmfunp


Drawing gum marker finally waiting for introduction soon I finally got ink like ink in liquid arrives and it is natural drying in 90 seconds with light blue color. Paint watercolor ink from above and dry, then peel off the part of the gum marker and only that part will be empty. This is super fun!
Two types of 4.0 mm bold and 0.7 mm thin figure ¥ 700 Tax excluding pic.twitter.com/UeWnTC3Joe


I was able to fight a cool battle, so please watch pic.twitter.com/FmAbP1xgWn


Because it became a battle, I would have never saw the eyes of my life for a while. Look at this page ... Even if you put it. This is my picture because the manuscript fee has not arisen. Even if it happens it is my picture. pic.twitter.com/Sto2Ny8LNr


In a bundle! I wanted to do the devil's Riddle Paro pic.twitter.com/JbazaeZOyb


The stage Kimpur has no longer understood the translation in this scene pic.twitter.com/uLZRhbXNsc


The place I would like to recommend to movie lovers is "Cinekoya".

A rare movie theater in Japan where you can watch movies while eating. If you pay entrance fee, you can enter and leave all day, so if you go from the morning and see how many times you can watch a movie, the fee will not change so it's super profitable! The atmosphere like a Western-style building is the best. pic.twitter.com/a2S7Jt4q6A


Unknown difficulty of top athlete | The University of Tokyo