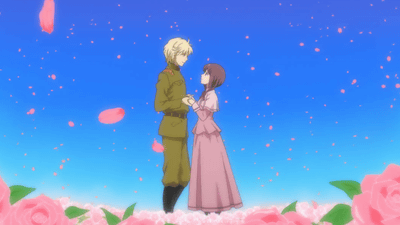 Special information images of the " Theater section that Mr. Yoshiya passes through ~ Tokyo big romance of flowers " released on Friday, October 19, 2018 are banned. Looking for the lieutenant who looks for the lieutenant who appears before the red line is Sasha, the exiled nobility of Russia who is a lieutenant and two melons but he does not know himself, and forgets the past and speaks to walk a new way together Editor-in-chie · Aoe river star. Well, the choice of Koi is ... ....

Dangerous reason to use conditioner after nuclear attack - GIGAZINE

Spy drones pretending to be in the form of birds are found in Somalia, which is said to be "a country of Shura" - GIGAZINE


There are too many people who can not see these two in the world register pic.twitter.com/5Tibu78nVq


I am overwhelmingly this.
Is there anybody who is with you? pic.twitter.com/V0HojhLvG1


Today, running and understanding.
If it is a headwind, it will not accelerate at all.
I got a handle with a little crosswind.
When oil is small, white smoke is bad.
It is too lucrative, and the following car will not pull out the bibi.
Barking at the dog.
As it started to rain, you can remove rubber by moving the wiper. pic.twitter.com/ksGmhENG6K


I will excuse you from outside the followers. This fairy is Mr. Fairy named "Hou Taku" which was used in "Kanegawa Wonderful Night" which was held in June in Wakayama Prefecture Hidakagawa Town Sumikawa area. Please do not hesitate to contact us at all this time. pic.twitter.com/rq4fYUC6pz

Farmer "Head is about to erupt" 201 valves for water stolen

◆ Lifestyle (life, life, health)
People who met on the way to Atami say "If you have time, you should get off the bus" and the station you took off is here - Togetter


A characteristic of a woman who loves pink and fills with pink. https://t.co/Usv2OcdSM1


It is a shameless buttock. Please pay. pic.twitter.com/TrhopZAwzc


A meat office in Myanmar's second city Mandalay. In a tremendous number of bones, a man was breaking the bones of a cow using an ax. Boil the bone marrow and fat taken out in a large pot and process it into sausage and soap. There were three dogs at the top of the mountain of bones, and I ate the rest of the bone with cracks. It is quite a wild sight. pic.twitter.com/19s7Nxpd0Y


Everyone camping at the top of the mountain lost their words, at the time of one's break.
A time zone where the outline of the world becomes vaguely soft. pic.twitter.com/PcfrnJtNKW

As customers say "It is not recorded in the middle of the night even though it is a 24-hour surveillance system" so even if the system is monitored for a whole night all night, the cause unknown → the error that occurs again after the withdrawal → In the event that the cause of the rainbow turns out - Togetter

The reason why a system engineer "is just changing a bit, is not it? | Books & Apps


Because Pokemon's movie was very good, I also remembered the story with polygons. Polygon Daiki pic.twitter.com/CsfIOvEqny


I want to teach the fear of Endless Eight to those who think that summer vacation is not over pic.twitter.com/g65AaSM0Qt


"SEKIRO: SHADOWS DIE TWICE" will be released worldwide on March 22, 2019 (Friday). I would be pleased if you could look forward to it. pic.twitter.com/fgYDsmKnY 3


now or never! Reprint of 4 pieces of tray drawn in 2016 pic.twitter.com/Wz5JSDwNoc


"Mermaid of goldfish is mermaid goldfish" (page 97)
A story of a goldfish mermaid. https://t.co/PFhJ1cdL0F pic.twitter.com/yHNU7bsEOx


Impression on the way of making kos accessories and shaping pic.twitter.com/emysjnQ9lB

◆ Sports · Entertainment · Music · Movie (Entertainment)
About the movie "Do not stop the camera!" | Rookey | note

◆ New product (clothing / food / housing)
From the Predator (Predator) series which can immerse in the world of the game with high resolution colorful video 2 Model 27 Gaming Monitor 2 sale launched from Thursday, August 23, 2018 | acer