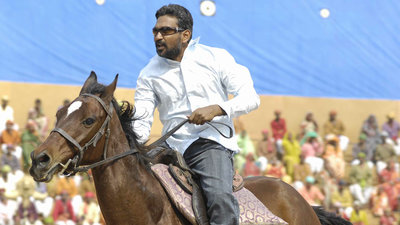 Movie " Magadira Brave Rebirth " by Director S. S. Raja Mauri of " Birth Bali Legend Birth " " Burp Bali King's Revolution " that was also evaluated globally, against the backdrop of the raging "Burf Bali Whirlwind", August 2018 It will be released in Japan from Friday (Friday). A scene cut which already includes a trailer and a scene which is not included in the trailer has been released, but this time, a making picture including a situation where director Raja Mauri himself actively teaches is acted out.

Raja Mori and Lam Cha Rang who plays the legendary warrior byrava of the hero and the Konoe army. Director watching the scene where Byrava teaches the bow Also the director himself draws arrows. In the acting guidance, scenes which can pierce the knife from Lahm Challan also appeared. 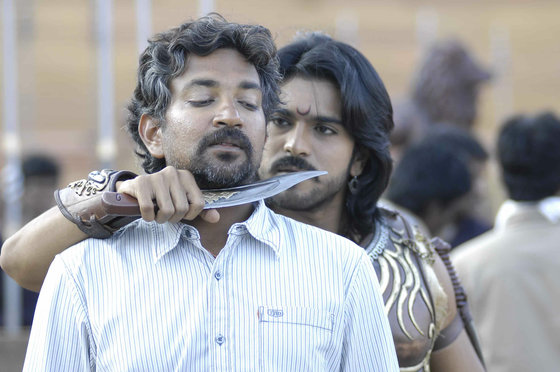 Sometimes I get on a horse as well. You can easily understand that you are a director who shows movement by itself, as you throw a spear. The scene of the motorcycle should appear in a big action after incarnating 400 years later. 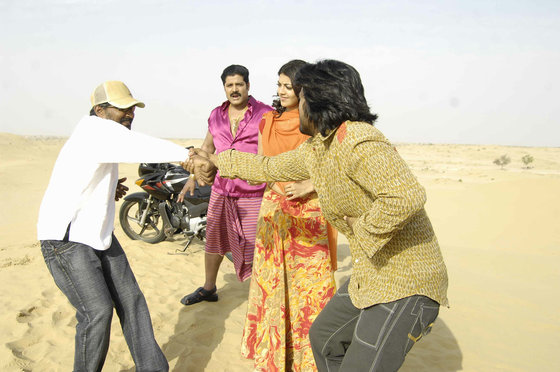 Try to fill it. Even this alone may be "What kind of movie is it?" May be deepened, but the overseas version poster visual is a photo that runs horses side by side with Raja Mauri and Lahm Charane as follows It seems that it is used, this also has a big impact.