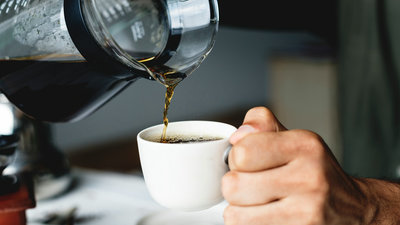 A person who often drinks coffee, green tea, black tea or the like may be attacked by a headache when drinking is not being drunk, the cause may be "caffeine out".

Health Check: why do I get a headache when I have not had my coffee?
https://theconversation.com/health-check-why-do-i-get-a-headache-when-i-havent-had-my-coffee-100163 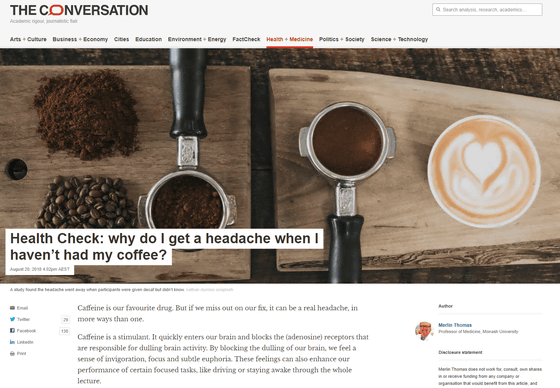 But the problem is addictive (addictive) of caffeine. Using drugs such as cannabis, narcotics, thinner, etc. will eventually become drug addiction, and it will be very difficult to quit even if you think to quit. Also, even if you want to quit, there are cases in which various withdrawal symptoms come out when the effect of the medicine runs out and it becomes painful, and you take out drugs again.

A headache that strikes a person drinking coffee is one of "withdrawal symptoms" from caffeine. In general, headaches that occur as withdrawal symptoms of caffeine cause pain that tightens the head, the pain is mild, the duration is not so long, but there is a possibility that systemic migraine may occur in some people It is said that there is.

Symptoms can be cured within 30 minutes to an hour if you take a cup of coffee or tea, including caffeine, about a quarter of a cup. According to a study by the University of Sydney , even coffee of decafé (without caffeine) had no effect unless it was told to them that caffeine is not present.

In my previous studies, good aspects such as depression, a reduction in the risk of suicide and an improvement in exercise capacity have been found in coffee, but it is inevitable that coffee will go out with caffeine addiction.