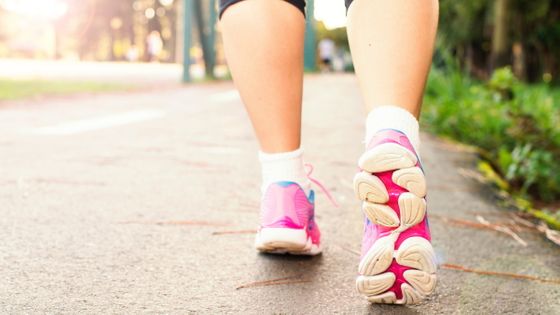 Some people would wake up in the morning with a drowsiness coffee, make their heads crunchy and start the day. However, it has been pointed out that caffeine contained in coffee and tea has not only advantages but also

disadvantages . On the other hand, 'light exercise instead of drinking coffee has the same benefits as ingesting caffeine,' claims Anisa Morava and colleagues studying psychology-based kinematics at the University of Western Ontario , Canada. doing.

Coffee versus cardio: Can exercise offer the same mental boost as caffeine?
https://theconversation.com/coffee-versus-cardio-can-exercise-offer-the-same-mental-boost-as-caffeine-132162 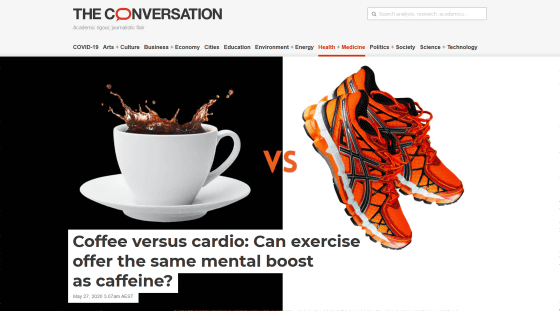 increased anxiety and trembling muscles . In addition, caffeine poisoning has withdrawal symptoms such as headache, tiredness, and depression, and it is said that children and pregnant women should limit the intake of caffeine. Therefore, Morava and colleagues argue that 'cardiovascular exercise' is effective as a method to obtain the benefits of caffeine without side effects.

Morava and colleagues are studying the various health benefits of aerobic exercise, with results showing that aerobic exercise improves ' working memory, ' a measure of cognitive ability. Working memory refers to the ability to complete various tasks while temporarily storing information, and is the ability to influence performance in situations closely related to daily life such as school and work. Since improvement in working memory can also be obtained by caffeine intake, Morava's research team investigated whether caffeine intake could be replaced by aerobic exercise. For healthy adults, the research team said, 'If you walk actively on a treadmill for 20 minutes' and 'If you take an amount of caffeine equivalent to one coffee poured in a small cup', We confirmed by experiments how different the effects on working memory are. 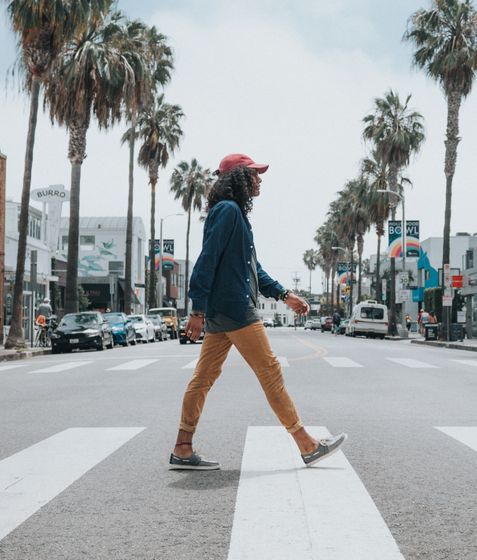 Next, the research team asked people with caffeine withdrawal symptoms to perform the task of 'walking actively for 20 minutes.' It was then found that, intriguingly, active aerobic exercise reduced the withdrawal symptoms of caffeine addiction, especially improving fatigue and mood depression.

The reason why aerobic exercise improves working memory and alleviates the withdrawal symptoms of caffeine poisoning is still under investigation. In previous studies , increased blood flow in the brain after exercise and increased release of hormones such as dopamine and adrenaline in addition to neurotrophic factors that feed neurons contributed to improved cognitive performance. It has also been suggested that there is a possibility that mood improvement may be the result of such brain activity.

'These findings are encouraging, suggesting that simple tasks such as a brisk walk during lunch breaks may help reduce the energy drop in the afternoon,' Morava and colleagues commented. He argued that people who want to refrain from drinking coffee may benefit from caffeine and improve their health by doing aerobic exercise. 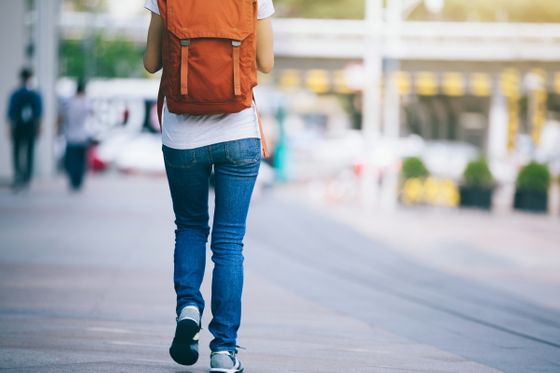