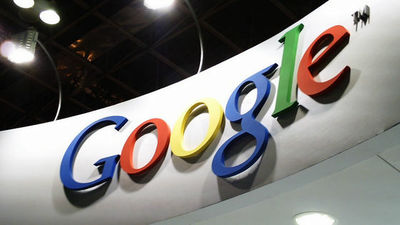 Google was withdrawing from China in 2010 under the influence of China's strict censorship system, but Google has developed a search engine with censorship function for China from Google internal documents and testimonies of stakeholders It became clear at the beginning of August 2018. In response to the development of a search engine that accepted such censorship system in China, the New York Times reported that voices of opposition also came from inside Google.

Google employees are protesting the company's secrecy over censored search engine in China - The Verge
https://www.theverge.com/2018/8/16/17702464/google-search-censorship-china-protest-project-dragonfly

The development of a search engine conforming to Chinese censorship system was said to have been started from the spring of 2017 with the codename " Dragonfly ". Although attention was focused on how Google could cut into the Chinese search engine market once it withdrew once, more than 1000 employees signed documents protesting Dragonfly development within Google It has developed into movement.

According to an anonymous information provider who informed the existence of the document in the New York Times, protest documentation on Dragonfly development is distributed on Google's internal communication system. In the document, "The development of a search engine that accepted Chinese censorship system raised the issue of urgent ethics and morals at Google," it is said that 1,400 people have already signed it. The document said it is protesting Dragonfly development, saying that Google's employees have not received the necessary information to judge whether they are ethically problematic about their projects and work.

There is growing concern among Google employees that "In the development of technology to make it impossible for Chinese people to freely exchange information, they were supposed to be involved without knowing themselves"? Thing. The document asserts that "Google employees need to know what they are building", and employees and external representatives participate in ethics review on the project to ensure transparency We are doing it.

"Cooperating with the Chinese government's Internet surveillance system may suppress the voices of people repelling against the Chinese government and put the activist's personal information in jeopardy," the document states that human rights issues in China and personal information Warning is issued about the risk of. Hong Kong activist Lokman Tsui accused Google as being "a very bad idea and a foolish attempt" when the development of Dragonfly is reported.

Tsui said, "Over the past few years the situation of the people living in China is getting worse, people can not live in China unless they kill themselves.To achieve the Google search engine for China It will be necessary to suppress the human rights to be protected internationally, "Dragonfly said that he will deprive Chinese people of human rights.

With regard to the development of the search engine for China this time, organizations such as Amnesty International and the Electronic Frontier Foundation also announced a statement and expressed concern that Google will cooperate with countries that oppress human rights like China . Please note that Google did not respond to the documents that the New York Times got.