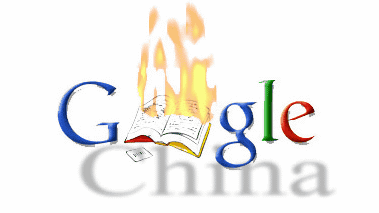 Google employees opposed to the development of Google's censored search engine " Dragonfly " that Google acknowledged its existence announced a statement to the company to suspend the project.

We are Google employees. Google must drop Dragonfly.
https://medium.com/@googlersagainstdragonfly/we-are-google-employees-google-must-drop-dragonfly-4c8a30c5e5eb

The statement was posted to Medium under the name of a group account " Employees Against Dragonfly " of employees who express opposition. In a statement beginning with the export that "We are a Google employee and Google joined Amnesty International to seek to cancel Project Dragonfly", the nation is in the search engine development under the supervision of the people I want to stop. 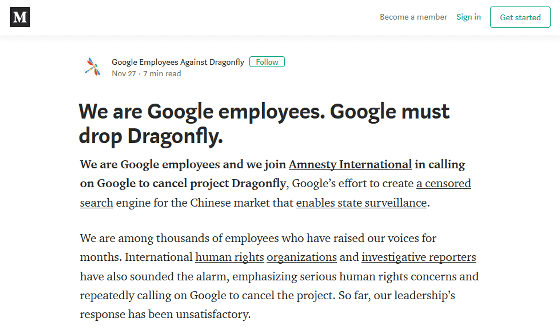 What is emphasized in the statement is that "we do not oppose Dragonfly because it is not because it is China, we oppose technology to hold down vulnerable people anywhere in the world, It is because it is ". From that point of view, employees have expressed disagreement that they are developing Dragonfly for the Chinese market, which is said to be under control by monitoring the activities of citizens. There are also many highlights from Medium readers at this point, and the relevant part is emphasized in light blue. 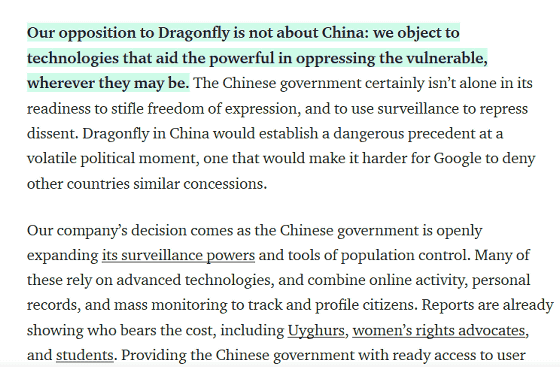 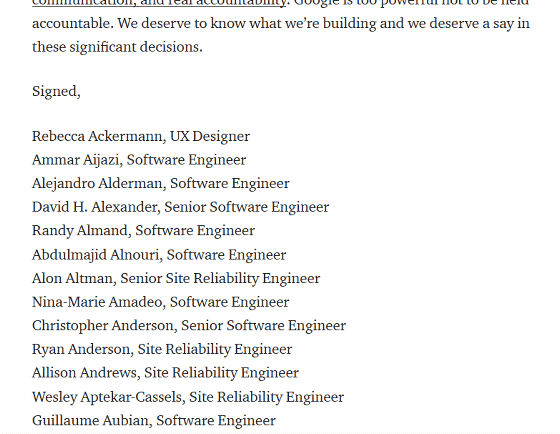 In the past, Google had been providing search engines even in China, but there was a history that the service was lifted in 2010 with the censorship of the Chinese government strengthened. After that, in China, search engines such as Baidu are growing, but it seems that Google is trying to re-enter the Chinese market by advancing Project Dragonfly. Pichai CEO also approves the existence and development of the project in October 2018. 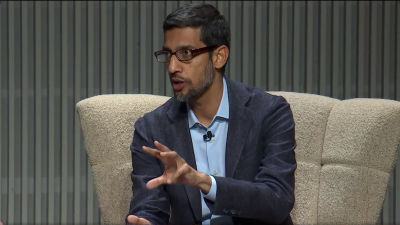 But against this movement, critical views from around the world erupted. In addition to criticism from employees, voices calling for development cancellation from human rights organizations all over the world were received, and also Mike Pence, Vice President of Number 2 in the American Trump regime "waited" There is a voice. 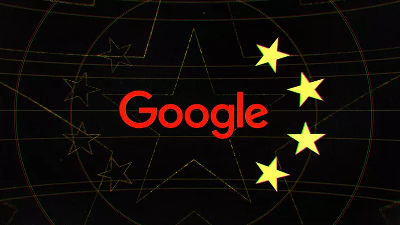