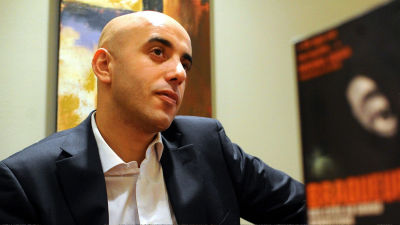 A prisoner repeatedly committed a crime in the 1990s, for example by attacking an armored car with imitation of an action movie, hijacked the helicopter from the french Leo prison who was in prison during the daytime and jailed a case. Ludewan · Faid inmate who jailed has said that he is still running away even while writing articles. This was the second time that Fide inmates tried jailbreak, which was the second time, the first explosion by blowing the door with dynamite.

According to police sources, a helicopter who arrived at the prison's premises was hijacked by two conspirators of a Fide inmate who was armed with an assault rifle threatening the flight instructor of the helicopter. On Sunday morning when the helicopter arrived at the prison, the Fide inmate received an interview with his younger brother, and two conspirators who attached the police armband released a smoke bullet into the meeting room. After that, three people rushed into the helicopter and fled. It is said that brother of Fide inmate is not included in fugitive members and is detained for the purpose of hearing.

Pictures taken at jailbreak are as follows.


Faid inmate who said that his life was inspired by the movie " Scarface " and " Heat " repeatedly criminalized France and was detained in Switzerland in 1998 and was sentenced to imprisonment for 20 years without imprisonment It was. After that, he was subjected to 25 years imprisonment in a case of robbing a cash transport car and shooting a female police officer in 2010 in parole release. Even in 2013 Faid inmate jailed four guards as a hostage by using dynamite, and is detained at the end of the hotel life six weeks after that. 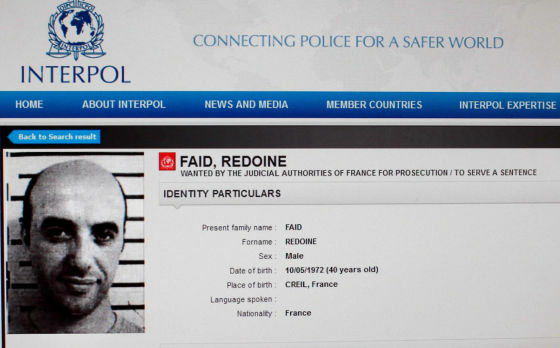 After Jailbreak of Fide inmate, the helicopter was abandoned near Paris-Charles de Gaulle airport and the pilot was released. Up to the latter half of the 2000's, jailbreak using a helicopter was frequently carried out in French prisons, but then as the net to prevent helicopters from arriving in the playground gets stretched, the number of jailbreaks gradually declined went. Leo's prison was the only prison in France that had not been covered by helicopters.

Faid inmate has published 2 books and so on which wrote from the early childhood until the robbery of cash transport car in Paris, and has also appeared on TV programs. In publishing books, Faid inmate claimed to have "regretted the past as a criminal and decided to start over again" in 2010, but it was said that robbery was done during parole is.

You can check the picture of the television program in which the Fide inmate actually appeared from the following.