Why is women 's friendship so complicated? 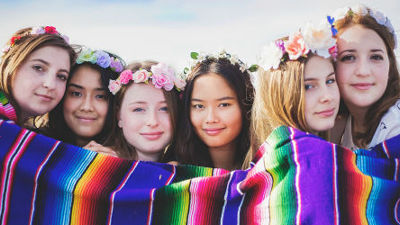 Debola Thanen , professor of social linguistics, says that women tend to avoid confrontation with others because friendship tends to be complicated. There are several reasons for the women's friendship becoming complicated, and Professor Thann explains that "friendship ends up suddenly without any explanation" and that mechanism is explained.

Why Women's Friendships Are So Complicated - The Atlantic
https://www.theatlantic.com/family/archive/2018/06/womens-friendships-are-complicated/563945/

When Professor Thanen was in elementary school, Susan, one of my friends who ate lunch together until then, went to the library and was playing after school had suddenly stopped speaking. After that, it seems that they had never talked till half a century passed. This anecdote is based on a book by Professor Thanen on the book " You're the Only One I Can Tell: The Inside the Language of Women's Friendships (You are the only person I speak / the language inside friendship of women) The content said in. In a subsequent study Professor Thannen said that "women do not explain the reasons for having broken up with friends compared to men" and states that such circumstances are not uncommon for women.

Women tend to avoid conflicts and tend not to give opponents the opportunity of 'defense'. In addition, women's friendship states that it becomes more complicated because "emotional intimacy" is greater than men. And in the friendship of a woman whose "knowing about the other party" is an important factor, "not to inform the reason of parting" will seriously hurt the opponent.

In general, it is said that "men are more competitive than women", Professor Thanen argues that women's competitiveness is harder to understand than men, "women are competitive about human relations." What is important for women is that they are "in circulation about the details of their friends' life" rather than visible superiority or inferiority.

Because of this, women tend to like gossiping stories, but this can be an information source for assistance in case someone encounters a situation that requires help. For example, if one wonders if a woman should dismiss room share from a disagreement with roommate and asked someone for an opinion, and the other party who asked for consultation was a male, the man immediately considers advice for the woman, It may not take a method of "empathically motivating". However, if the counselor is a woman, he / she will ask more about circumstances than men and tend to ask what "how did you feel" due to problems before advising about. One professor Tanen said in an interview that he said that "the hardest thing about friends' death is to tell her how hard her death is." This tells how important it is to share information in women's friendship.

Finally, Professor Thann finally found out where Susan was an immigrant from Iraq, with the help of friends who can handle immigration records, and the two reunited. As a result, Susan was not angry with Professor Thanen, but found that he was under pressure from his family to "stop dating." Susan's family is conservative and said that Susan refused to associate with Professor Thann to go to college, afraid to be forced to get married after graduation as a punishment continuing relationship.

The two who fulfilled the reunion said that they resurrected friendship as in the elementary school.