The performance of the old iPhone was intentionally dropped, the so-called "Batterygate"Apple is offering a battery exchange program that responds to discounts, will now refund to iPhone users of iPhone 6 and later who replaced the battery for a fee as a non-warranty subject before the problem was discovered It was. In the problem Apple intentionally dropped the speed of old battery degraded iPhone, usersDiscount measures for battery replacement costs for a limited time onlyAlthough it was taken, there was criticism from users who paid regular charges after exchanging the battery before this battery exchange program that it is "unfair". So there was information that Apple might consider refunding these users. 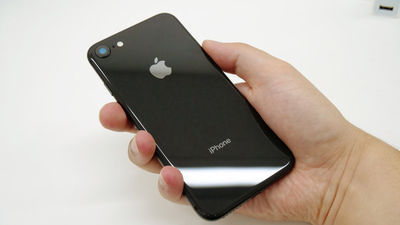 On May 24, 2018, more than three months from this information,iPhone exempt Battery exchange credit"We announced that we will offer credits of 5600 yen to users who exchanged batteries exempt from warranty on iPhone 6 or later between 1 January 2017 and 28 December 2017.

The credit is done in the form of bank transfer or refund of credit card used for payment of battery exchange service. The target user is e-mailed from Apple between May 23, 2018 and July 27, 2018, and said that there is explanation by e-mail about credit receiving procedure as well.