More than 3,000 Google employees should petition petition to Pichaai, "We should stop cooperating with Department of Defense" Google has provided AI technology to the Pentagon (Department of Defense) and contributes to the improvement of national defense technology. About 3,100 employees of Google, on the other hand, revealed the intention that "Google should not be involved in military technology development" and urge Sander Pichai to withdraw from the Pentagon project I filed a petition.

'The Business of War': Google Employees Protest Work for the Pentagon - The New York Times
https://www.nytimes.com/2018/04/04/technology/google-letter-ceo-pentagon-project.html 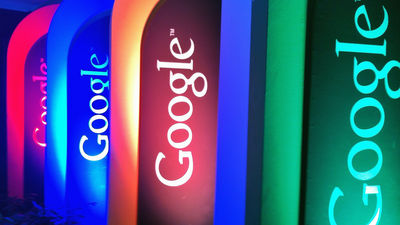 Project Maven has developed an unmanned aerial vehicle (drone) that attacks enemies, but I am studying AI to reduce the burden on analysts to grasp and identify enemies and objects. We are providing TensorFlow for AI development to reduce the burden on soldiers and further enhance the accuracy of attacks. When leaked information that Google is cooperating with Project Maven, it seems that some of our employees have strongly repulsed.

After that, more than 3,100 Google employees who think that they should not be involved in military technology told Pichaai to CEO, "We believe that Google should not join the war business, so Google is using Project Maven We will suspend it right now and ask for a clear policy "Google and its contractors will never develop war technology" from now on, "petition seeking a policy statement not related to war. Has been submitted. Employees in the petition point out that "participation in Project Maven could result in unrecoverable damage to the brands and competitiveness that we built." Furthermore, I also point out that the argument that Google should also participate from the fact that rival Microsoft and Amazon are doing technical cooperation with the Pentagon is extremely dangerous for Google. " These employees are contrary to Google's core value (core value) of Google's unique history and the motto at founding, "Do not Be Evil", which cooperates with Pentagon I also stated.

The Google public announces the petition, "Maven is a published DoD project, and Google is cooperating with a part of it, especially limited to non-aggressive purposes, and the software is Google's cloud service We use open source programs available to our customers.What is military use of machine learning anything, raising concerns is quite natural.Google has a policy on the development and use of machine learning technology We are under construction and we are actively working on comprehensive discussions with external experts on such serious issues. "After saying," Most of the signature of petition is that the company It was collected before explaining the situation. "