We have found that the system operation that the use of transportation facilities can be prohibited by 'social credibility' evaluated from people 's daily activities will be launched in China.

China to ban citizens with bad 'social credit' rating from taking flights or using trains for up to a year | The Independenthttp://www.independent.co.uk/news/world/asia/china-social-credit-barred-flights-trains-president-xi-jinping-national-development-reform-a8260941.html

The operation of the "social credit system" that the Chinese government set the credibility of the people on its own basis was also reported in 2016. The Social Credit System imposes a penalty on violating rules such as fraudulent riding and signal ignoring, and points are deducted from the scores of individuals managed by the system. The government analyzes these data by algorithms and grades the creditworthiness of each citizen.

Actually, social credit system has already been introduced in some areas, and you can read from the following article on how it is operated. 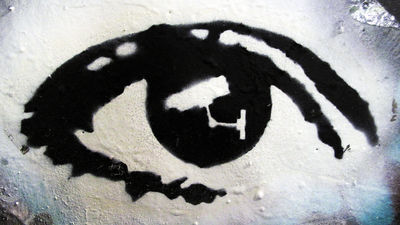 According to Reuters on March 16, 2018 (Fri), the Chinese government applied the social management system to flights and trains, people who committed crime use these transportation facilities for up to one year We announced that it will not be possible.

According to the contents on the website of the National Development and Reform Committee of the People's Republic of China (NDRC), those who are restricted from using the transportation system include those who have disseminated misinformation about terrorism, "Who smoked in the train", "people who used expired tickets" are included. Also, employers who forgot to pay social insurance, people who did not pay a fine, etc. are also expected to be restricted from using transportation. Signs of trying to use social credit systems at domestic transportation agencies have emerged from a few years ago and in the beginning of 2017 the Supreme People's Court stated that "As the Chinese citizens as much as 6.15 million people use social flaws to make use of flights It will be forbidden. "