Cellebrite who became famous by unlocking the iPhone on behalf of Apple for the case investigation has technology which can unlock regardless of the type of terminal if it is older OS than iOS 11 I understood that there was. It is possible to unlock not only the iOS terminal but also the Android terminal.

The Feds Can Now (Probably) Unlock Every iPhone Model In Existence
https://www.forbes.com/sites/thomasbrewster/2018/02/26/government-can-access-any-apple-iphone-cellebrite/#3f22a2a3667a

The government asked Apple to unlock iPhone owned by a suspect in gun shooting incident in San Bernardino, California in December 2015, and it became a news that Apple refused it. It is Apple that emphasizes user's privacy, but this issue is a problem for Israeli companiesCellebriteGathering will be gathered by unlocking the iPhone upon request from the government. With this one case Cellebrite became famous as a "group with the highest technical strength in the world" in terminal unlocking.

What kind of company is Cellebrite? You can check from the following article.

What is "Cellebrite", the world's highest-level smart-crack group that became famous for FBI vs Apple's iPhone unlock problem? - GIGAZINE 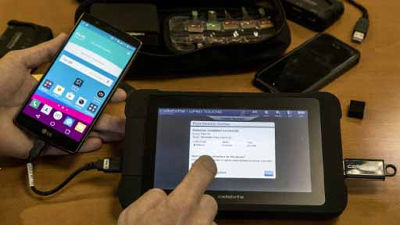 What is a subsidiary of Sun Electronics Co., Ltd. "Celebrity Co." which is said to have cooperated with FBI 's iPhone unlock? - GIGAZINE 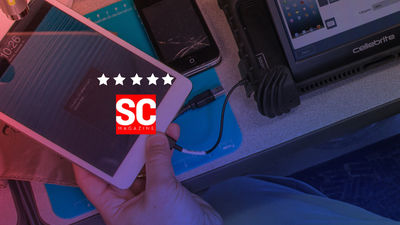 Cellebrite newly revealed the existence of a tool that can unlock the terminal running the version older than iOS 11. According to a document entitled "Advanced Unlocking and Extraction Services", this technology enables iPhone, iPad, iPad mini, iPad Pro, iPod touch (iOS 5 to iOS 11) You can break the security of Apple terminals such as. According to anonymous information, security of iPhone 8, iPhone X, Samsung's Android smartphone etc which are the latest terminals can be broken through.

In the document, "Cellebrite's advanced unlock service is the industry's only solution to overcome the various types of complex locks used in market-leading devices." "This technology is the latest Apple iOS device and Google We will reveal and invalidate the PIN, pattern, password screen lock, passcode etc used on Android device of "I am spelling." The initial version of iOS is not secure, but in recent versions the data is encrypted with a passcode, so multiple security checks are done when starting up the device. In other words, it means that without a passcode it will be difficult to access the data no matter who it is. For these reasons, smartphone unlocking technology is sought out by information agencies with funds, and many companies are trying to find vulnerabilities that enable unlocking of smartphones. Until now, only unlocks limited to terminals and OS, such as "Unlocking iPhone 6 running iOS 8 is possible", were reported only, especially because iPhone X was a terminal whose evaluation of security is high , The technology that Cellebrite has is staggering.

However, it is not clear whether Cellebrite's technology is available in 11.2.6 or 11.0. Also, the skill of this technique is staggering, and it seems that Apple's engineers are fixing the vulnerability used by Cellebrite. For that reason, it is expected that it will become more important to keep the version of the OS up to date in order to protect the data.